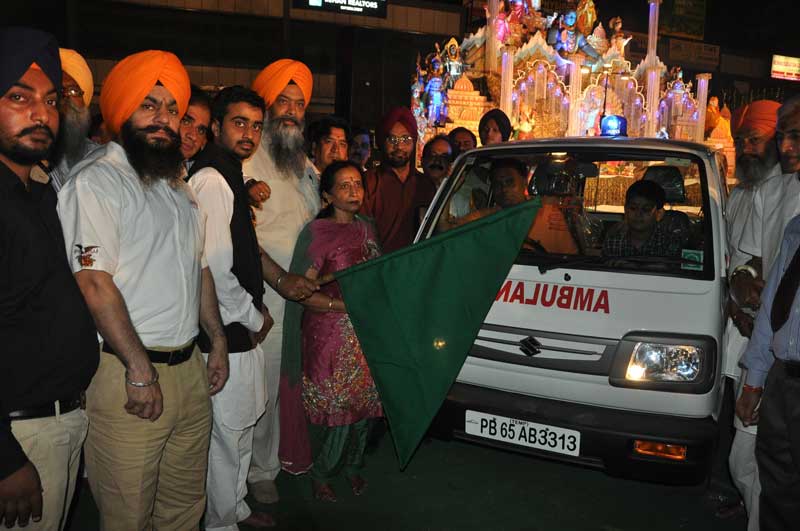 Said Mr. Neeraj Bhalla, President, VIP Road Federation, “The event also saw organisation of a Sai Sandhya by Mukesh Inayat – a famous Sufi & TV Artist from Jalandhar.” Adds Mr. Bhalla, “The reason behind starting the Ambulance is that recently an elderly gentleman of one of the societies suffered a medical emergency and his son took him to hospital in a private vehicle, this delayed the senior citizen’s reaching hospital & unfortunately his life could not be saved. I thought of this noble venture for the benefit of all societies and a federation was created under which we have launched the free Ambulance Service.”

Mr. Brijender S. Thakur, Chairman said, “The Ambulance will be beneficial for all the 24 societies on VIP Road and will also be pressed into service if it’s needed by someone else living in the adjoining areas. We hope that other societies too will emulate the example.”

During the event all the Presidents of 24 different societies that are located on the VIP Road were felicitated. All office bearers and members of VIP Road Federation were present. Mr. Karan Bedi, Vice President, Mr. Ravish Kharyal, General Secretary and other members of the federation also actively participated in the event. The cost of ambulance will be borne by the Federation and the service will be free of cost. The ambulance is equipped with first aid services.