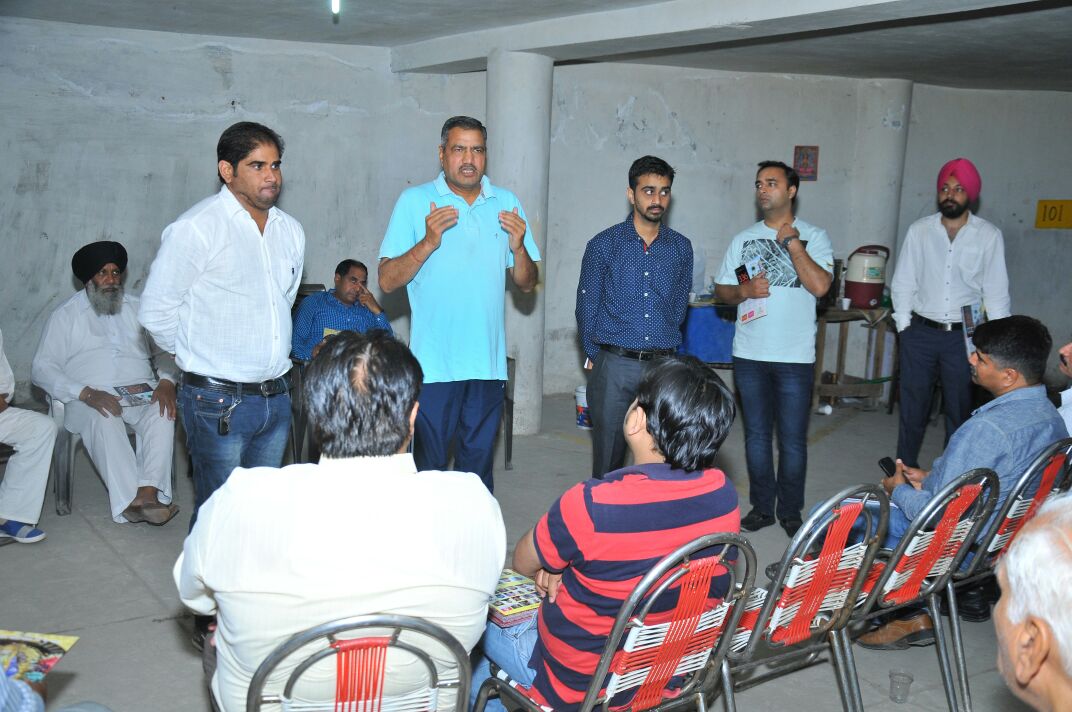 NewZNew (Zirakpur) : VIP Road Welfare Federation, Zirakpur will be launching a free Ambulance Service on April 12. Prof. Prem Singh Chandumajra, Member of Parliament, Anandpur Sahib will be the Chief Guest and will flag off  the Ambulance. This was disclosed after Executive Committee of the Federation held a meeting to plan the arrangements .

It was disclosed after the meeting that Shri N.K Sharma, MLA of Dera Bassi & CPS will preside over  the programme. Said Neeraj Bhalla, President, VIP Road Federation, “The event will see organisation of a Sai Sandhya by Mukesh Inayat – a famous Sufi & TV Artist from Jalandhar. The socially beneficial event will take place at B Block, Royal Palm, Near Gurpal Bakery, VIP Road, Zirakpur from 6:30 PM onwards .”

Mr. Brijender S. Thakur, Chairman said, “The Ambulance will be beneficial for all the 24 societies on VIP Road and will also be pressed into service if it’s needed by someone else living in the adjoining areas. We hope that other societies will emulate the example.”

Apart from Chairman and President, present in the meeting were Mr. Karan Bedi, Vice President, Mr. Ravish Kharyal, General Secretary and other members of the Confederation.

VR Punjab makes this Karva Chauth a special one for its...