newznew (S A S Nagar) : Dr TS Mahant, Executive Director, Cardiac Sciences at Fortis Hospital, Mohali was awarded with the Double Helical’s National Health Awards, 2017. The award was in recognition to Dr. Mahant’s contribution in the field of Cardio Thoracic & Vascular Surgery (CTVS) as well as philanthropic practices.  The award was presented by Union Minister of Health, Shri. J P Nadda at an event attended in New Delhi today. 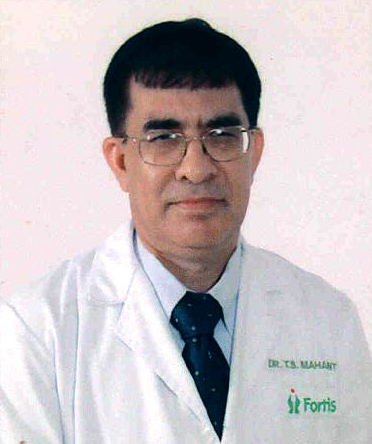 Dr. Mahant has been a pioneering figure in the Indian medical fraternity. His rich experience in CTVS spanning over three decades and is acknowledged for his pioneering effort in Coronary Artery Bypass Surgery (CABG) especially in patients with Congenital Heart Defects (CHD). Over the years, he has performed more than 27,000 surgeries ranging from neonates to geriatric patients.

Dr. Mahant is also well regarded for his philanthropic initiatives. A large number of patients from underprivileged class has received free treatment from Dr. Mahant. He is also remembered for treating more than 300 kids from Afghanistan at the behest of Afghan Red Crescent Society. More than 500 children from South Asia and Africa were treated for CHDs by Dr Mahant in active cooperation with Fortis Foundation and Rotary Heart Line. He is also credited for performing surgeries on 1300 poor children from Punjab & Haryana as a part of the National Rural Health Mission (NRHM). No wonder which is why he is fondly called as the ‘messiah’ and the miracle-man.

Speaking after receiving the award, Dr. T S Mahant said, “It is an amazing acknowledgement. I would like commemorate all my patients who has been part of life along with my colleagues, both past & present, for supporting in my sustained pursuit for a better clinical excellence and patient care over the years.”

During the course of his career, Dr. Mahant’s work has been lauded and rewarded by numerous organizations and government bodies. A few of these include Lifetime Achievement Award, Himachal Rattan, International Man of the Year 2009, Paul Harris Fellow and Best Research Award.

CII EXCON 2019 to witness participation of over 1250 exhibitors from...