NewZNew (Chandigarh) : Fem, India’s Most Trusted facial bleach brand from the House of Dabur, today hosted the semi-final audition of its mega model hunt – Fem Miss North India Princess 2016 – in Chandigarh. Close to 500 girls from Chandigarh has participated in the contest, which is being organized to discover the most beautiful and fresh new face of North India,a face that embodies the values of Fem – instant transformation with a natural glow. 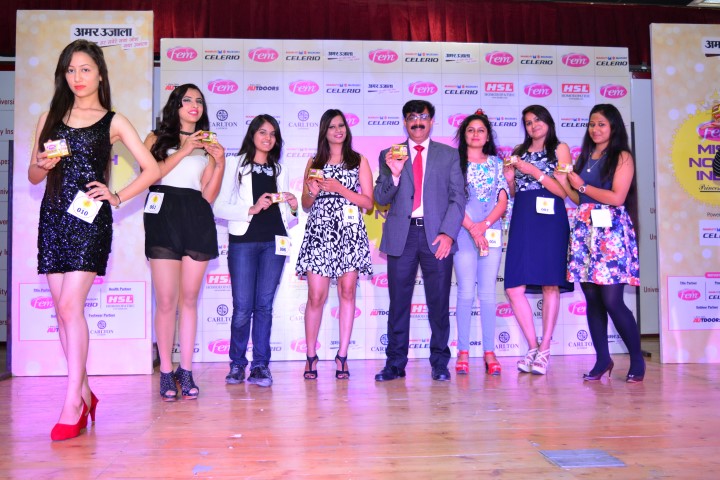 Around 500 entries were screened and nearly 100 girls were shortlisted by a panel of judges for the semi-final auditions held in the city. After the intense round of auditions, three girls from Chandigarh were shortlisted as the finalists, who will represent the city in the Grand Finale. These 3 girls will join their counterparts from rest of North India to vie for the coveted crown of Fem Miss North India Princess 2016at the Grand Finale to be held on first week of December in Chandigarh.The winner of the contest will get a chance to feature in a music video, besides winning a brand new ‘Maruti Celerio’ car.

“Fem has always been associated with beauty, glow & instant transformation.Extending its range, FEM has now launched a new variant in its portfolio — FEM Gold Ultra Crème Bleach, that gives you a superior Ultra Glow through its 3-step process. With this pageant, Fem is looking for a face that embodies the values of the brand – instant transformation with a natural glow. We had received close to 10,000 entries from across North India. After screening the entries from Chandigarh, around 100 girls were shortlisted for the semi-final auditions,”said Dabur India Ltd, Brand Activation Head, Mr. Sunil Sharma. 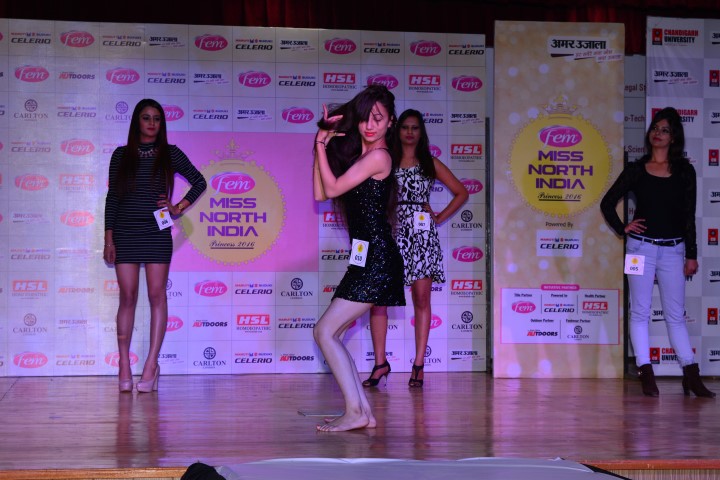 Twenty finalists would be chosen from across North India, and they will undergo a special 4-day grooming programme in Chandigarh under the guidance of professionals from the fashion and beauty industry, to prepare them for the Grand Finale. The final event would be judged by leading names from the beauty, fashion and entertainment industry.

“Fem has always been associated with beauty, glow & instant transformation and this mega model hunt is another step forward in that direction. With Fem Miss North India Princess, we are seeking to offer young girls across cities of North India a platform to showcase their beauty and also enter the world of mainstream modeling,” The hunt for North India’s most beautiful face is being conducted across colleges and institutes in North India. The on-ground activation covers cities across five states — Delhi-NCR, Uttar Pradesh, Uttarakhand, Punjab and Himachal Pradesh.Girls in the age group of 18 to 25 can participate in this contest.

“Fem Fairness Naturals has been adding glow to the faces of millions of young girls for decades now. Fem Miss North India Princess 2016 is an initiative that will also serve as a unique way of spreading beauty awareness among the young and college-going girls of North India,” Mr. Sharma added.