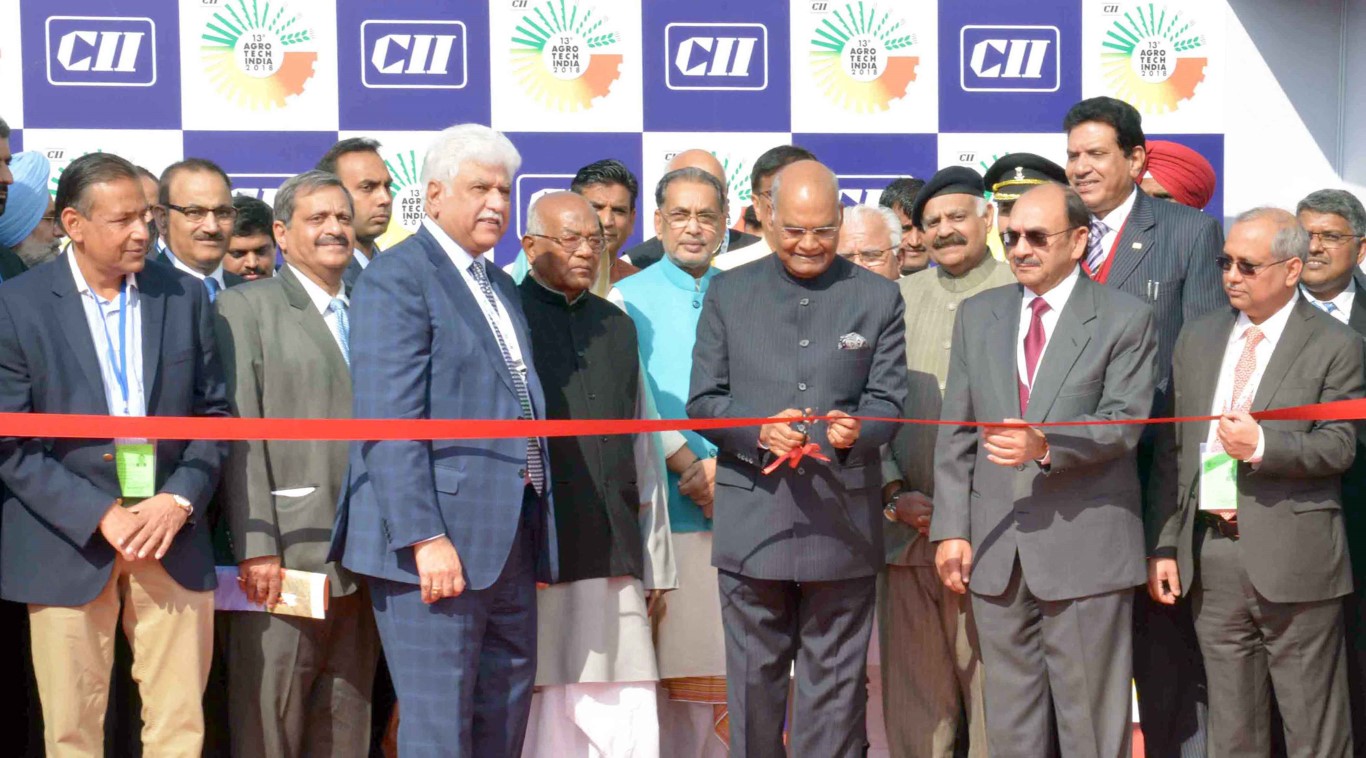 While mentioning that the presence of 158 domestic exhibitors and 37 international exhibitors depicts the importance of the event, Hon’ble President identified three key challenges being faced by the sector.

“Indian agriculture is still at an early stage of technology adoption; farmers have limited access to mechanized equipment, let alone cutting-edge tools. We need private public partnerships to come up. Investments are required in Research and Development”, he pointed out. He also referred to the problem of disposal of crop residue.

In his address, Mr Rakesh Bharti Mittal, President, CII said, “As our farmers have met the goal of food security, farming should now be seen as a wealth creation tool. Today’s new age farmer is an entrepreneur and CII is doing a lot to contribute to the cause of doubling the farmers’ income.  We have recommended to the government that states be ranked on an index called ‘Ease of Doing Agriculture’ on the lines of the Ease of Doing Business.”

Mr Mittal also called for reforms in long-term leasing of land, incentivizing farmers who adopt technology and how to synergise farmers and government’s efforts to ultimately benefiting the consumer at the other end.

Union Minister for Food Processing Industries, Smt Harsimrat Kaur Badal said, “The time is now ripe for food processing to ensure food for more people in the world and in our country. According to my own Ministry’s study, around Rs1 lakh crore worth of agri-produce is wasted for lack of processing. My Ministry had launched KISAN SAMPADA YOJANA as the prime seven umbrella scheme.”

She informed the gathering of a new scheme that the ministry is partnering with the World Bank to create a food processing revolution. “Rs 3,000 crore will be used to fund farmers for projects up to Rs 10 lakh each,” she added.

The ministry, she added, was also creating a new funding mechanism to finance food processing projects. 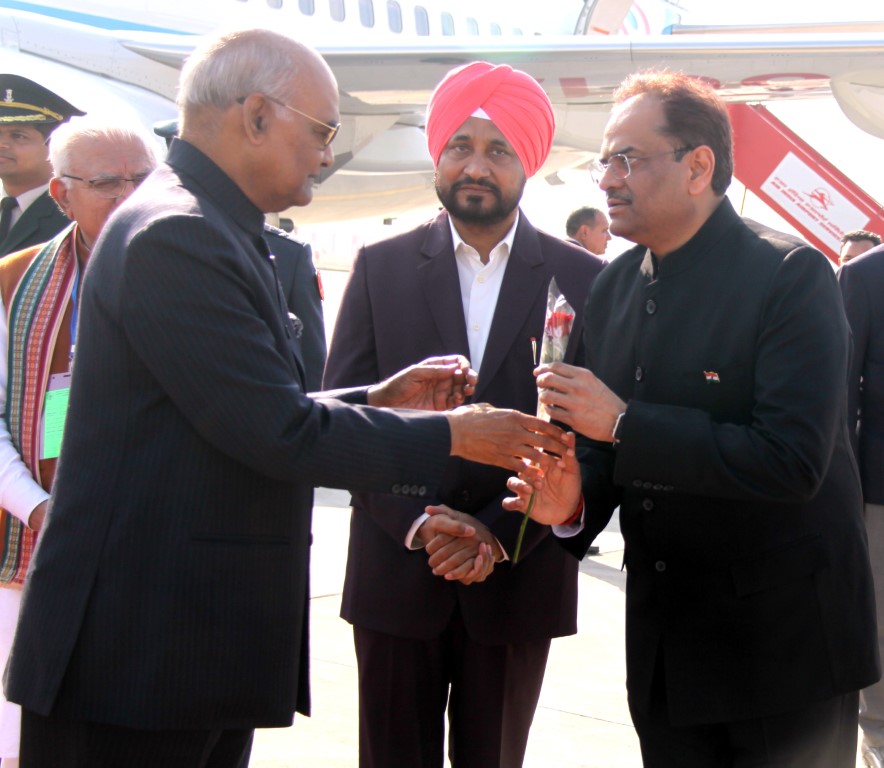 Recounting the achievements of the government, Union Minister for Agriculture and Farmers’ Welfare, Shri Radha Mohan Singh said, “We have doubled the investment in the sector to around Rs 450 crore per year from Rs 200 crore previously. We have also created corpus funds.”

Welcoming the dignitaries, Mr Ajay S Shriram, chairman and senior managing director, DCM Shriram Ltd, and chairman, CII Agro Tech India, 2018, said, “Since its inception in 1994, CII Agro Tech has brought together agribusiness communities from all around the world. The CII Agro Tech India 2018 focuses on leveraging innovation and technology for sustainable development of agriculture and doubling farmers’ income. Spread over 16,000 sq m of space, 14 states and eight countries are participating in the agri technology fair.”

The CII Agro Tech India 2018 is fully aligned with the government’s vision of doubling the farmers’ income.

“The idea is to understand what is required from farmers to double their income in the medium term. Over 50,000 farmers are expected to visit us during the event,” he added.

Thanking all the dignitaries present, Mr SACHIT JAIN, Chairman, CII, Northern Region said, “Application of technology with linkages to market is the key to sustainable agriculture. CII is working on a pilot project to tackle stubble burning in Punjab. We will take it forward in the times to come and fulfill the dreams of Hon’ble President.”

Carry On Jatta 2’s new song Gabru is a treat for...

VOLTAS fortifies its leadership position by introducing its 2018 range of...