Help-Desks & Sewa Kendras set up in all the offices for redressal of trade’s problems: Manoranjan Kaur Virk 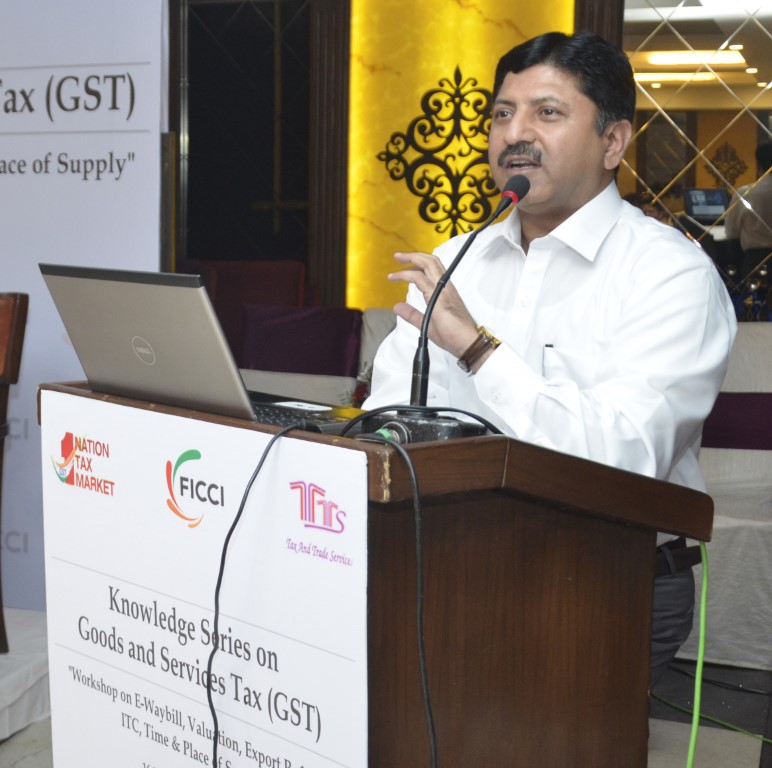 The focus of session was to provide the Industry with the recent developments in GST Laws with special reference to provisions of E-Way Bill, Export Refunds, Valuation, Concept of Supply, Job Work and Reverse Charge Mechanism. Key Industries personnel from Punjab, Chandigarh and Himachal Pradesh along with senior officials from Central Goods & Service Tax participated in the deliberations.

Sanjay Malhotra, Indirect Tax Expert & Practicing Company Secretary, TTS and keynote speaker for technical session on “Concept of Supply”, Valuation in GST, Export Refunds and Input Tax Credit, shared in detail the benefits of various provisions of GST in the Company’s top line (Revenue) and Bottom Line (Profitability). He stated that as on date more than 12 lacs E-Way Bills are generated per day and out of which 60% are Inter-State and rest 40% being Intra-State.

Malhotra added that the cost of various inputs have also come down due to widening of scope of “Input Tax Credit”. Progressive measures announced in GST in past 3 months have resulted in Income from GST revenue to over Rs. 1 Lac cr. in Apr’18. Provisional Input Tax Credit Refunds @ 90% of Refund amounts have been sanctioned to Exporters by various CGST Offices thus giving them relief from working capital blockage and he recommended the same to be followed by all CGST offices to help Exporters in running their business without financial crunch.

Chief Commissioner, CGST, Chandigarh and Central Excise Zone, Manoranjan Kaur Virk (IRS), advised Industry to put forth their concerns on regular basis to take up with GST Council and CBIC. She said ‘handholding’ will ameliorate the problems of the trade of assesses in the incipient stages. Help-Desks & Sewa Kendras already set up in all the offices for redressal of trade’s problems and dedicated cell of 20 officers has been constituted for seamless registration of the new GST assesses.  She further said, all officers from Commissioners to Inspectors will be accessible to the trade on telephones and e-mails, adding thatdue to focussed and concerted approach, Chandigarh Zone has been in the forefront of GST Compliance. Punjab is the national leader with 93% of the eligible assessees filing the GSTR 3(B) returns followed by Himachal Pradesh at 86%, Jammu & Kashmir at 83%, against a national average of 85%, she added.

Among other senior officials present in the post lunch technical sessions were Mr. Anil Gupta (IRS), (Assistant Commissioner-CGST) Derabassi, Mohali, who have been supportive to Industry in GST transition.

Mr. G.B Singh, Regional Head-FICCI, Chandigarh stated that the regional unit shall be having GST sessions on monthly basis to educate Trade and address / put forth their concerns to Officers of GST / GST Council on regular basis for redressal.