Doctors from Fortis Memorial Research Institute (FMRI) recently conducted a laparoscopic left lateral hepatectomy on a 23-year-old Iraqi woman who donated a part of her liver to her ailing son. Ali Baha Hussain, two and half years of age  had been suffering from liver disease and as his condition deteriorated day by day his mother came forward and voluntarily donated a part of her  liver. In India, this is the first case where such minimally invasive technical procedures have been employed to conduct a liver transplant. 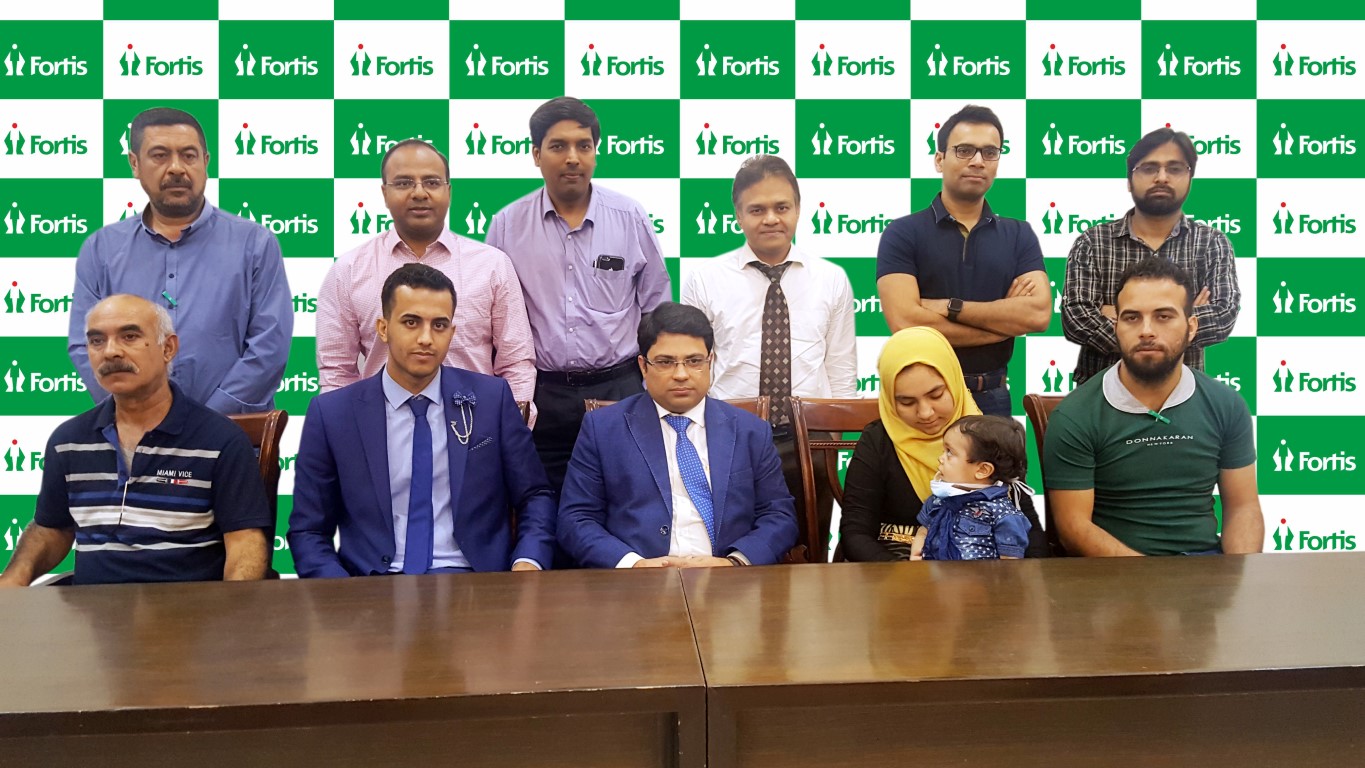 Ali Baha Hussain, The recipient had a condition known as ‘glycogen storage disease’, which is a precursor to advanced liver disease and liver cirrhosis. The child was weak and his growth was severely stunted. He had not grown in tandem with his age. It was only a matter of time before his condition deteriorated. When it did, his mother stepped forward and selflessly offered to donate a part of her liver. After a through medical examination a graft was retrieved from the left lateral segment of the donor mother. The entire procedure took 10 hours.

While using minimally invasive surgical techniques to conduct this surgery posed several technical difficulties, it also presented the patient with several advantages such as lesser pain, invisible scars which lead to psychological and social acceptance and much lesser wound related complications. The recovery was smooth and uneventful with minimum hospital stay for the donor.

Dr.Vivek Vij, Director – Liver Transplant at Fortis Healthcare said, “The technological transition from the traditional liver transplantation to totally Laparoscopy donor hepatectomy has multi – fold benefits. Liver donors will benefit most from minimally invasive surgery as laparoscopic organ procurement ensures an excellent cosmetic and psycho – social outcome. It’s for the first time that such a surgery has been performed in the India, other countries like Korea and France are already doing such surgeries with good outcomes. Laparoscopic Left Lateral donor hepatectomy for paediatric recipients is one of the core specialities at Fortis Hospitals. Going forward, we will be developing right lobe donor hepatectomy for adult patients.”

Dr. Ritu Garg, Zonal Director, Fortis Memorial Research Institute said, “I had full faith in the capabilities of my team. They employed a novel technique to help deliver the best results. Their approach was in line with the hospitals policies of innovation and patient centricity. Yes, the procedure was truly intensive, detailed and difficult to execute. However, knowing that the results we provided our patients excelled those of traditional surgery motivated us beyond anything else. Such surgeries are a testimony to the technological developments in the healthcare space.”

According to WHO, liver diseases are the 10th most common cause of death in India. Since the liver is a multi-functionary organ, it is susceptible to viruses, toxic substances, contaminants present in food and water. People with liver problems often experience few or no symptoms. While there have been major advances in treating liver diseases, there is no complete cure. The only way to manage a failed liver is to get a liver transplant. Liver transplantation is a treatment option for end-stage liver disease and acute liver failure, although availability of donor organs is a major limitation.