Puaada Punjabi Movie Starrer Ammy Virk Release Date Trailer Songs Cast & Crew: India is currently suffering from the Covid-19 cases and the Bollywood is now covering their loss, which was happened during the lockdown. 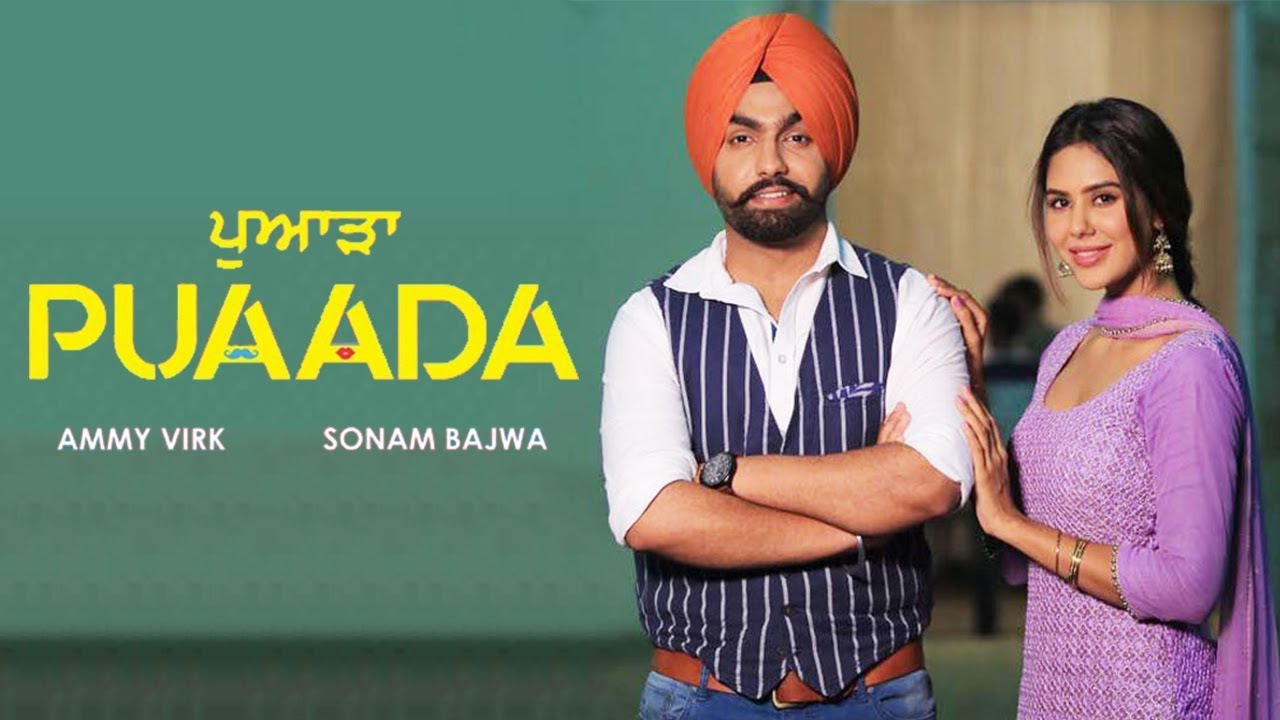 Along with this industry, some minor cinema industry is also coming back to the theatres to manage their losses.

Recently, the Tollywood movie, Master became a blockbuster hit on the theatre screens and earned a huge fam with profit amount, then we have seen many Bollywood and Tollywood movies on the screen.

The last week, Roohi, starring Rajkummar Rao, Varun Sharma, and Janhvi Kapoor was released in the theatres and earned a little bit of Box Office Amount. Along with all this, the Punjabi industry, Pollywood is all set to give a new release on theatres shortly.

Punjabi singer and actor, Ammy Virk will get to see in a new movie “Puaada” along with Sonam Bajwa. The movie will hit the theatre’s screens on April 2nd, 2021. The love chemistry of these two actresses has been seen before in two Pollywood movies, “Nikka Zaildar”, “Nikka Zaildar 2” and “Muklawa“.

The movie was announced before release but due to the Covid-19 pandemic, the schedule for the movie postponed. But now, the movie will come to the theatres on April 2nd. Also, the new posters of the movie have been shared on social media.

The movie is especially based on a romantic comedy and it is a Punjabi language movie. The love comedy movie is directed by Rupinder Chahal and produced by Atul Bhalla, Pawan Gill, Aman Gill, Anurag Gill, and Balwinder Singh Janjua under the A&A Pictures and Brat Films.

While the beautiful story was written by Balwinder Singh Janjua and Rupinder Chahal. In the end, the Cinematography is handled by Anshul Chobey, and Music is given by V RAKX Music. With all of this, the creators have released a new song of the movie named “Aaye Haye Jattiye” on Youtube and fans are giving their huge response to the released song.

The movie is based on the love story of Jaggi (Ammy Virk) and Raunak (Sonam Bajwa), Jaggi belongs to a middle-class family and runs a dairy farm. Another side, Raunak is a daughter of an Air Force Officer, who is studying for a Master in Business Administration (MBA). Raunak’s father disagrees with her relationship with Jaggi and now, he will do everything to achieve his love in the movie.

The movie will feature lots of known faces of the Punjabi industry. Ammy Virk and Sonam Bajwa will be seen in a leading role in the movie including Anita Devgan, Hardeep Gill, Seema Kaushal, Sukhwinder Singh Chahal, Nisha Band, Gurpreet Bhangu, Prakash Gadhu, Sukhwinder Raj, Mintu Kappa, Honey Mattu, and many more cast members will be declared soon. All these characters will be seen in the movie with a pivotal role. The first song of the movie has been released and let’s wait for more. Also, watch this love chemistry in Cinema on April 2nd, 2021.

Celebrate Navaratri Festival in your own way with Helo

Punjab and Germany to join hands to promote of organic farming