Vakeel Saab On Amazon Prime Video Check (OTT) Release Date Full Star Cast & Crew Story: One of the most popular movie of Tollywood, “Vakeel Saab” released in the theatres on 9th April 2021. It’s been only ten days since its release in theatres and so far the movie has got a tremendous response from the audience. 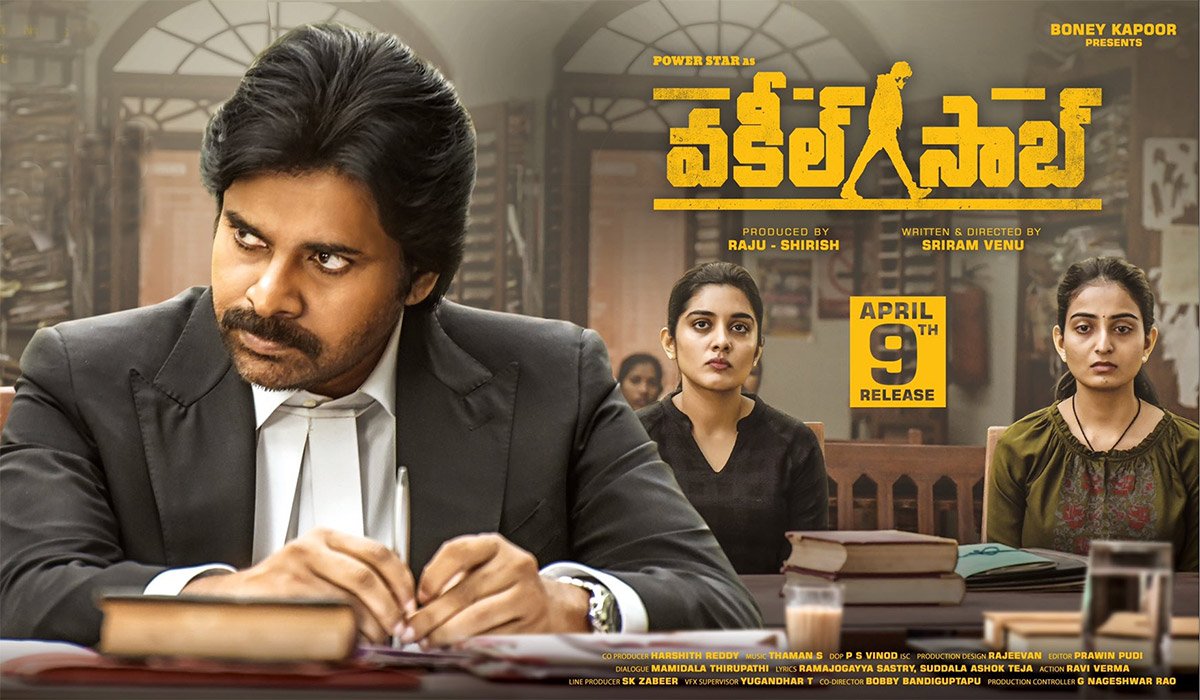 Many of you might know this, but the movie is actually the remake of the Hindi film, “Pink”. The movie broke many records in the Telugu film industry and also was the highest-grossing movie in Telugu and Indian film of 2021. Fans are now eagerly waiting for the movie to release on the OTT platform and there several conjectures whether the film, “Vakeel Saab” will release on the OTT platform are not.

In this article, we are going to tell you whether there are any chances that the film might release on the digital platform or not. Till then, stay tuned with us.

The moive is only released in one single language, Telugu. As previously mentioned, the movie is based on the Indian Hindi film, Pink which was originally written by Shoojit Sircar, Aniruddha Roy Chowdhury and Ritesh Shah. The movie, “Vakeel Saab” is produced by Sirish and Dil Raju under the production banner of Sri Venkateswara Creations and Bayview Projects, while Zee Studios is the distributing broadcasting partner of the movie. The running time of the movie is 156 minutes.

The plot of this movie is just the exact replica of the movie, “Pink”. The three women, Pallavi played by Nivetha Thomas, Zarina played by Anjali and Divya played Ananya Nagalla, were charged with a crime in which Pallavi was accused of attacking Vamsi played by Vamsi Krishna. Nobody knew what actually happened between Pallavi and Vamsi excluding her friends and his friends. Pallavi was molested along with her friends by Vamsi and his friends.

The girls later try to file a complaint in the police station against Vamsi who is the nephew of a powerful MLA, but when the subsequent cases seem to do against the favour of victims, Konidela Satyadev played by Pawan Kalyan, a retired lawyer, helps the girls to fight the case. When the trailer of the movie, “Vakeel Saab” was uploaded on the official youtube channel of Dil Raju on 29th March 2021.

The trailer gained more than 42 million views and when it released theatrically, the movie did absolutely great in the box office and collected a total of Rs.107.33 crores overseas and now coming to question, whether the movie will release digitally or not, then, to date, no official announcement has been made by the creators regarding its release in the OTT platform. However, as per the sources, it has been said that after the film will complete its 50 days at the box office, the creators might release the movie on Zee 5 OTT platform by the end of MAy 2021. We will keep you updated, till then, stay tuned with us.

Vivo delivers 1 lakh phones at homes in India in a...

Apple Inc to set up over 500 stores in India