NewZNew (Panchkula) : Business to traffic awareness, literature for public utility to poetry from Himachal Pradesh, latest trends in technology to promoting the artistic habit in the youth, the audience at the concluding day of the Panchkula Art and Literary Festival (PALF) 2016 organised by Rumour Books in collaboration with Satluj Public School, Sector 2 and 4 here, was witness to a range of discussions and debates by authors and eminent speakers. 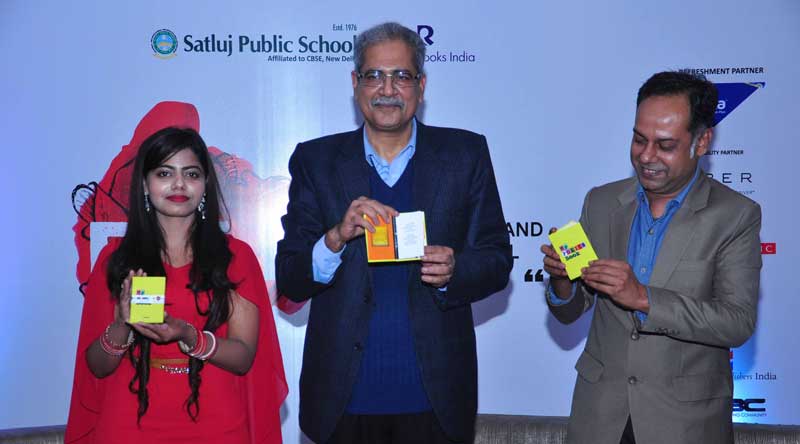 Two sessions in the day, focused on Punjab, one titled ‘How the contemporary history of Punjab is finding its way into narrative’, with authors Amandeep Sandhu, Neel Kamal Puri and Khushwant Singh, relating the present state of affairs in Punjab, political, social, economic to their writings, and how the state of affairs in the state has been and continues to give them both material and inspiration to write. 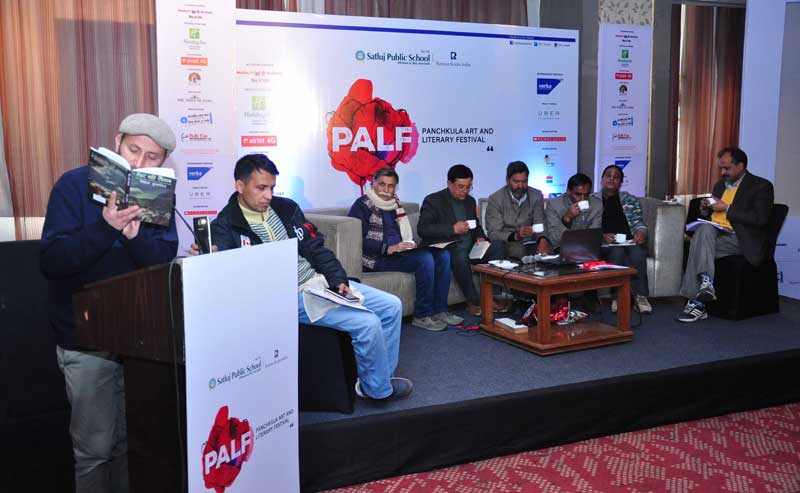 Moderated by writer and TV and print journalist Balpreet Kaur, the session tossed serious issues revolving around Punjab, with a major stress on the 1984 unrest and how the splinters of which have found their way into their works. The conversation peaked to how the stories and realities of Punjab remained grossly unresolved and how writing in both English and Punjabi could ensure a wider spread of understanding them at the core. The session also took up questions by the audience.

‘Pulling the Plug on Punjabi Cinema’ had an eminent panel of Amardeep Gill, Gurinder Dimpy, Inderjit Nikku, Harish Verma, all involved in the Punjabi film industry in different capacities in the field of acting, production, music, technology, writing, in conversation with actor and producer Savita Bhatti. The discussion moved to many subjects, the new Punjabi films, the deteriorating standards of subjects, the vulgar music being sung today, limitations of budget, a lack of vision of producers. 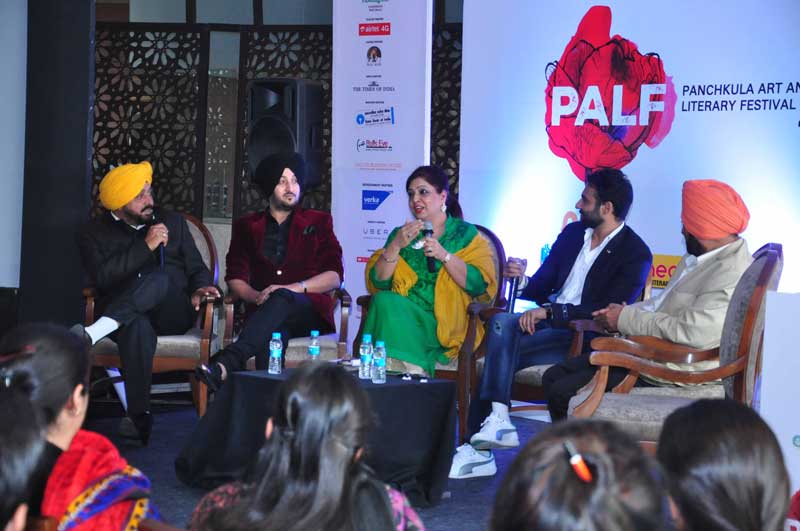 An engaging session on ‘Technology Business – Latest Trends and where it’s headed’ had an engaging discussion among panellists which included Vikas Ahuja, Sameer Goel, Munish Jauhar, Atul Gupta, and the session was moderated by Preeti Parasher. The panelists discussed about how technology has revolutionized the way we live and how it is ever evolving. The trends in the IT space like intelligent enterprise, the internet of things and new innovations in technology were brought to the fore and their impact in our day to day life was highlighted. The distinguished panel shared insights into how innovation drives technology.

There were two book launches on the second day of the fest. PALF 2016 hosted a session on Literature for Public Use with its good news partner GNBC, Good News Broadcasting Community. The session was moderated by Dr. Shilpa Suri, Managing Partner- SNM IAS Academy and Dr. Mahek Singh, Editor- GNBC with the panelists being Ananya Gautam IG- Intelligence, Punjab Police and Radhika Serai, Founding Director of PALF and CEO, Rumour Books India.

The highlight of the session was unveiling of the pocket book for school going children, My Police Book written by film maker and activist Jainendra Baxi, detailing the meaning and functioning of the police. The second book launch was ‘That Woman You See’ by Sujata Parashar, author in presence of Vibhu Raj, IG.

Krit Serai, Chairman of Panchkula Literature Festival while giving a vote of thanks and said, “Our endeavour to bring Panchkula city to literary map has borne fruit and now we are very delighted that the baby steps taken two year back have turned into a huge movement with large number of art and literati from across the country actively participating in it.”

Reekrit Serai, Founding Director of PALF and MD of Rumour Books India, said it was encouraging to see the response at PALF, seeing the audience which turned up for the two-day fest. Radhika Serai, Founding Director of PALF and CEO, Rumour Books India, said, this time Art and Business Fest was added to the literary festival, an experiment done for the first time in the region, which turned out to be a tremendous success.

Cyber Patrolling and counselling needed in schools as well as higher...