REITERATES NEED TO ASSESS WATER AVAILABILITY BEFORE DECIDING ON SYL

Punjab Chief Minister Captain Amarinder Singh on Monday evening welcomed NRIs to invest in the state, assuring them of his government’s full support in ensuring a hassle-free business environment with all necessary clearances for investment within a week of application. 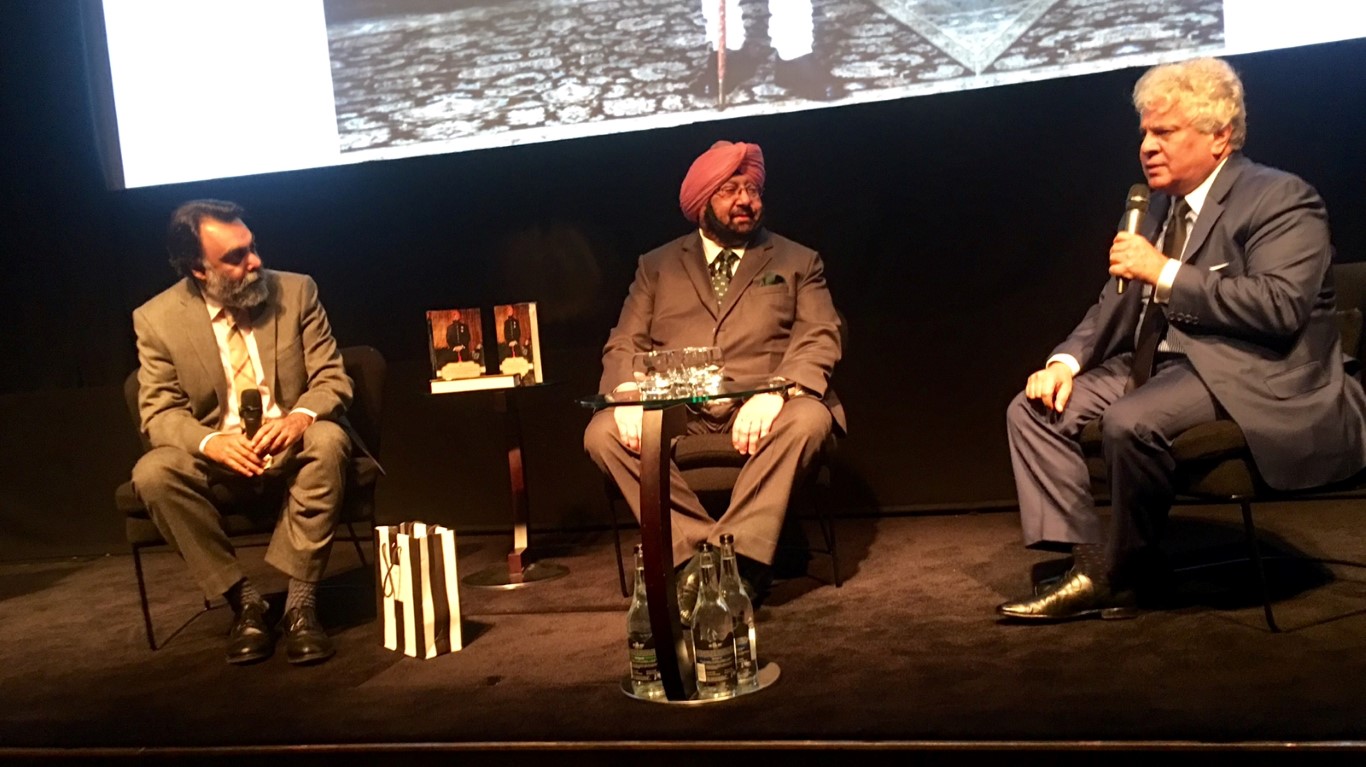 During an interactive session with former Indian marketing and ad guru Suhel Seth and his biographer Khushwant Singh at the Mayfair Hotel here, the Chief Minister, in his usual candid style, spoke openly on a wide range of subjects, including SYL, on which he said his government was waiting for the final judgement of the Supreme Court.

Captain Amarinder, however, reiterated the need to ascertain the availability of water in the Punjab rivers before deciding on the quantum of water to be shared with other states. The situation in Punjab was critical, said the Chief Minister, adding that the state could not give water when it did not exist.

The snow-fed rivers of the northern state had been severely affected by the melting glaciers and the water level in Punjab had come down drastically, Captain Amarinder said in response to a question during the question-hour session after the interaction, which was followed by the London launch of his authorised biography `The People’s Maharaja.’

Expressing the confidence that his government’s achievements of the past six months would lay the foundation for Punjab’s progress, the Chief Minister said corporates from India and other countries had shown interest in investing in the state and all efforts were being made to facilitate them. From the Tatas to the Mahindras and the Ambanis, all the major industrial and business houses in the country had offered to invest in Punjab, said Captain Amarinder, adding that things were changing for the better.

The Chief Minister, who is credited with bringing MNCs into Punjab by getting Pepsi into the state as Agriculture Minister way back in 1985, assured NRIs of all facilities to ensure that they do not have any problem in doing business in the state. His government was ready to welcome and support them with the best of infrastructure, skilled labour and other facilities, he added.

The Chief Minister described drugs and unemployment as the key factors responsible for the state’s deterioration in the last 10 years, saying the erstwhile government had rendered Punjab totally bankrupt. Pointing out that the Badals had only thought of themselves and brought to ruination the state, which in any case had suffered a major decline in the days of terrorism, Captain Amarinder said things were beginning to move in a positive direction now. Expressing concern over the large-scale unemployment in the state, the Chief Minister said though his government had done quite a bit in the six months since taking over, he wanted the turnaround to happen faster so that the youth could be employed and the state put back on the path of development.

Captain Amarinder identified the issue of drugs, raised by AICC vice president Rahul Gandhi, as a defining moment for the state and attributed his party’s sweeping victory in the Assembly elections earlier this year to the people’s dissatisfaction with the Akali style of functioning and the fact that AAP started dabbling with extremism. He rejected the suggestion that he alone was responsible for steering his party’s victory in the polls, and termed it a collective effort.

The Chief Minister, who said he would love to live his life all over again in another birth, said his biggest achievement in this life would be to do something for Punjab and see it move ahead as he wanted it to. From an affluent state, Punjab went into decline following Operation Blue Star, he observed, describing the developments of 1984 as a crucial turning point in his life. He recalled how he had tried to dissuade then Prime Minister Indira Gandhi from getting into a confrontation instead of finding a solution to remove militant elements from Sri Harmandir Sahib.

Captain Amarinder, who shared several of his memories from his early days as well as his Army life before moving into politics, agreed that there had been a serious decline in decency in politics with self above service the new motto.

On his early days, the Chief Minister said he did not have any regrets at having been sent to boarding school, leaving behind his royal and privileged life, at the age of four and a half. His parents wanted to give him a normal upbringing, especially in view of the post-Independence changes in the country, and he soon became part of the new system.

Captain Amarinder also spoke at length about his passion for sports and his love affair with the Army – both of which have been extensively narrated in the biography apart from his political career. In his opinion, both the military and political matters have a lot in common, including the use of tactics and the way they are approached.

Yogi govt extends UP lockdown by a day