newznew (Amritsar) : The formation of Punjab Cricket Players Association (PCPA) was announced here today by the former Punjab Ranji Trophy cricketers. Veteran cricketer Rakesh Handa and former Indian test cricketer Bishan Singh Bedi highlighted that no points or directions of the Lodha Commission or the Supreme Court have been honoured by the Punjab Cricket Association (PCA). The Supreme Court had passed a judgment on 18th October, 2016, which was in consonance to Justice Lodha Commission’s recommendations that the cricket associations should be run by cricketers. “We have passed a resolution under which it’s been resolved to form Punjab Cricket Players’ Association & for disbanding the Ad Hoc committee established by PCA. For the latter we will be approaching the Honorable High Court & will also be asking the court to appoint Administrator of PCA who should be a Retired Judge.” Said Rakesh Handa. 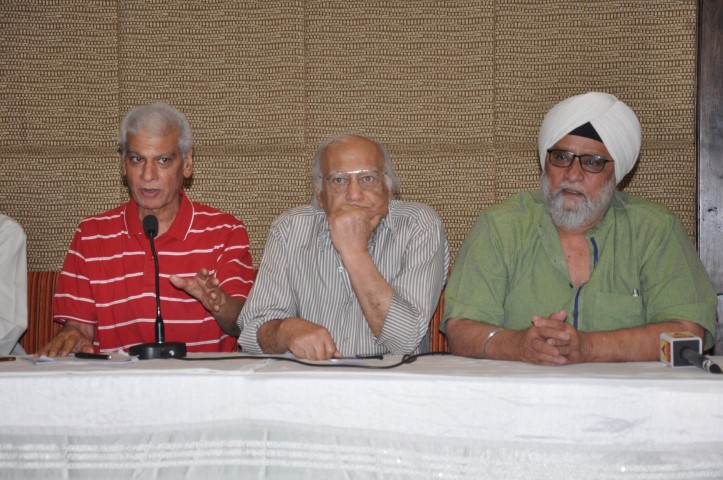 Addressing a press conference, Bishan Singh Bedi said, “Justice Lodha had very rightly analyzed that politicians and other non-cricketers have no business in managing the game. Non playing administrators are there because of the fact that cricketing associations are flush with money, whose expenditure is beyond the scrutiny of public. Hence Justice Lodha had said that non playing administrators holding plush posts in the association be replaced by the cricketing fraternity and this was upheld by the Supreme Court.”

He said that on the ground there is no progress. Some of the members of outgoing PCA are still running the show in total disregard of the recommendations and interest of Punjab Cricket. The Cricketers of Punjab continue to face injustice from the dictates of non-playing PCA members, who are ruling through proxy.

Veteran cricketer Rakesh Handa said, “Mr Walia, who was commanding the PCA that time and is now disqualified to be secretary of PCA, had agreed to the demands of transparency and inclusion of cricket playing members on the administration. Our demand was that Punjab Ranji Trophy cricketers should get PCA membership as per Justice Lodha recommendation and the orders passed by the Supreme Court. Punjab cricketers are still looking for justice from the PCA.”

Bedi said that It is obvious that the whole system is still proxy controlled by of disqualified former members of PCA. It continues to work in total disregard of Justice Lodha Commission’s recommendations. Therefore, a Punjab Cricket Player Association (PCPA) is being formed. The associations of former male and female cricketers who have ever represented the state at any level, umpires, coaches and support staff which are eligible to be beneficiaries in terms of Justice Lodha Commission Recommendations for cricket administration are eligible to become members of the Association.

The objective of PCPA is to promote the interest of cricket in Punjab.

PCPA demanded that the adhoc committee should be disbanded and representatives from PCPA should be called for the formation of the committee in terms of Justice Lodha Commission Recommendations. A helpline number, email and twitter handle will be announced next week where players can give their suggestions and feedback.