Internet Ban to Continue Till Tuesday, CM Says Curfew Could Be Enforced If Needed

19 Preventive Arrests Made, All Dera Centres Searched, Crackdown to Continue

Punjab has beefed up security at vital installations and is ready to enforce curfew again in sensitive areas of the state on Monday, if needed, in view of the upcoming sentencing of Dera Sacha Sauda Chief Ram Rahim. 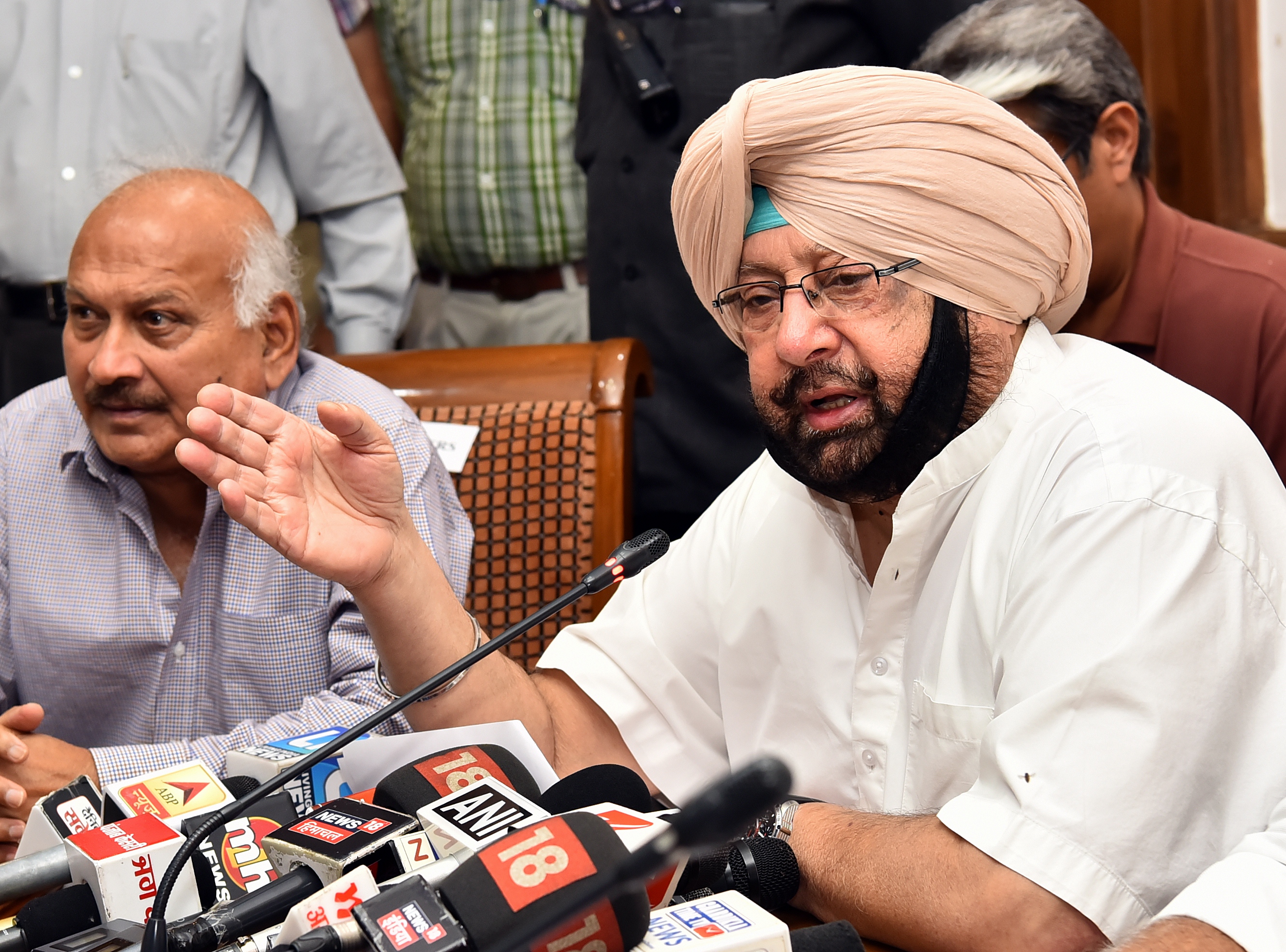 It has also been decided to extend the ban on mobile data services in the state till Tuesday, Chief Minister Captain Amarinder Singh announced here on Saturday, adding that 19 potential trouble makers had been taken into preventive custody and the crackdown would continue ahead of the sentencing. The main leaders of Dera Sacha Sauda, who are likely to instigate followers, are either being taken into confidence or arrested.

Addressing media persons here on the latest law and order situation in the state in the wake of Friday’sviolence in Panchkula after Ram Rahim was declared guilty by a CBI court, the Chief Minister said there had been no trouble anywhere since last night. He made it clear that there was no loss of life in any of the minor incidents reported in some parts of the state yesterday.

Chief Minister, however, expressed grief at the death of seven people from Punjab in Panchkula’s violence. Forty-five of the total 250-odd people injured in that violence were from Punjab, he further disclosed, citing data received from Haryana so far. Foolproof measures were being taken to ensure the peaceful cremation of the seven killed in the violence.

Captain Amarinder disclosed that curfew had been lifted in three districts of the state and relaxed in the other areas where it was imposed yesterday. The DCs had been authorized to take any further decisions on enforcement of curfew in their respective districts, keeping in mind the situation on the ground, he added.

However, he made it clear that there would be no let-up in security in the state till after the sentencing by the court in the Ram Rahim case. The Chief Minister said his government would not accept any nonsense or allow anyone to spread bad blood in Punjab even on Mondayand this was his promise to the state and its people.

Captain Amarinder revealed that police officers had visited all the 98 Naam Sacha Ghars of the Dera in the state and recovered lathis, pipes and rods, axes and petrol bombs. Vowing not to let the law and order in the state to be disturbed at any cost, the Chief Minister said he would personally ensure peace as long as he is in charge.

Chief Minister, who earlier held a review meeting with top administrative and police officials to assess the law and order situation, disclosed that 39 criminal cases had been registered against perpetrators of violence in the state. Around 52 minor incidents had been reported from the state, with no loss of life or extensive damage anywhere following the announcement of the verdict yesterday.

In response to a question, the Chief Minister said he had directed the concerned officials to make a list of the property damaged in yesterday’s violence and his government would submit the same to the Punjab & Haryana High Court, which has directed that the cost of any such damage be recovered from the Dera.

Chief Minister, who is planning to visit some of the affected areas of Punjab on Sunday to congratulate the people and the forces on the ground for maintaining peace, said Haryana’s main fault was its failure to prevent such a large crowd from gathering in Panchkula.

Reacting to Haryana’s charge that Punjab did not stop vehicles carrying Dera followers from reaching Panchkula, the Chief Minister said the Haryana government, at no point in time, approached the Punjab government on this issue.

Responding to another question, Captain Amarinder said there had been no contact between him and the chief minister of Haryana though the Punjab DGP had been in regular touch with his counterpart there. All intelligence inputs received by the Punjab police had been shared with Haryana, he added.

Captain Amarinder revealed that he had spoken and written to Union Home Minister Rajnath Singh and his government had also taken up the issue of additional safety for Punjab as far back as 13th August, giving everyone ample time to ensure fool-proof security. This, and the fact that the entire Punjab police and the government was in the field yesterday, had ensured that things remained peaceful in the state, he added.

Asked about the continued political patronage to such Deras, the Chief Minister said it was a decision that had to be taken at a national level by the various political parties. Asserting that he would not allow any Dera to create trouble in Punjab, Captain Amarinder opined that the way things were going it did not seem likely that political parties would support the Deras in the future.

On the arrangements made by the Punjab government to facilitate Dera supporters in returning home, the Chief Minister said buses and trucks had been arranged so that they could pass through the state without indulging in any mayhem. He revealed that 65% of those who were transported by these buses and trucks went towards Haryana.

To a question on restoration of trains and bus services, the Chief Minister said it would depend on how soon Haryana is able to control the situation since the transportation had to pass through the state. Punjab had no objection to restoration of the buses and trains, he added.

Captain Amarinder outright condemned the attacks on the media during yesterday’s brazen display of goondaism by Dera supporters, saying violence of any kind was unacceptable.

Patrolling in sensitive areas had been intensified, with security being strengthened across the state. More nakas had been put in place and round-the-clock checking is in progress.

Security outside the Deras in the state has been strengthened. Dera followers would not be allowed to gather in Naam Characha Ghars. Additional security forces have been deployed in sensitive areas with large number of Dera supporters and patrolling has been strengthened, said the spokesperson, adding that flag march was being conducted by paramilitary and police personnel in cities and rural areas.