Punjab selling vaccines at hefty profit to private hospitals: Sukhbir: Shiromani Akali Dal (SAD) president Sukhbir Badal on Thursday demanded a high court monitored probe into the manner in which the Congress government in Punjab was playing with the people’s lives by creating an artificial shortage of vaccines by selling vaccine doses at a hefty profit to private hospitals. 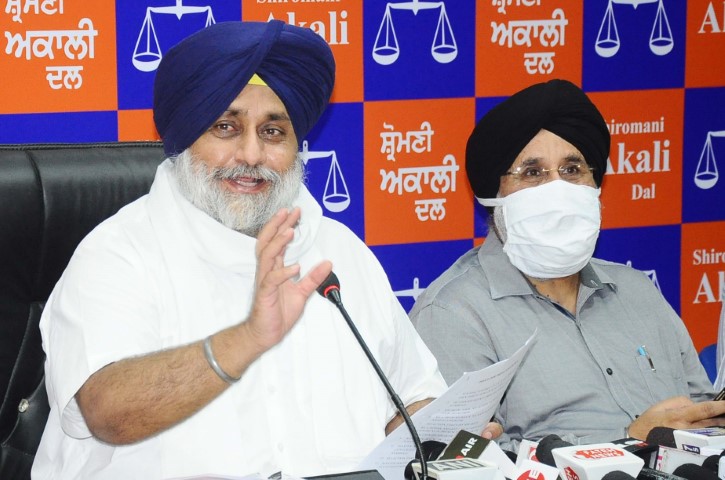 The SAD president told the media here that a case should be registered against Health Minister Balbir Singh Sidhu for diverting vaccines meant for the common man to private institutions even as he averred that the issue had the makings of a major scam.

He said the scandal had also exposed Congress leader Rahul Gandhi who had recently demanded free vaccines for all.

“Rahul Gandhi should say if he supports the Punjab government’s move to force the common man to pay Rs 1,560 per dose.”

Demanding that the Congress government stop this discrimination immediately, he said if this corporatization of vaccine distribution is not stopped the SAD would be forced to approach the courts for justice.

He also announced that once a SAD-led government was formed it would probe the entire issue and ensure exemplary punishment to those who had endangered the well being of the poor and underprivileged.

Badal said a Covaxin dose costing the state Rs 400 was being sold to private institutions at Rs 1,060. The private hospitals were further selling the dose at Rs 1,560.

He said in Mohali alone 35,000 doses were sold to private institutions to earn a profit of nearly Rs 2 crore in a single day.

Stating that it was immoral for the Congress government to make a profit from the sale of vaccines, the SAD president said the government was also punishing the people by forcing them to cough up Rs 1,560 per dose during a time of economic slowdown.

bindass Naach kick starts with their foot on a rocky road