Punjabi Cinema Industry, renowned for its creative genre and storyline in movies, is coming back with one such movie – Laatu (Bulb). This movie is picturized to depict an era when there was a dearth of electricity in most villages and how thing like electricity (which is very common now a days) was a pre-requisite for anything or was like the status symbol of person in society back then. This movie is a story of a boy who wants to get his home electrified to increase his status symbol and fulfil the pre-requisite of Matrimonial alliance but how things turned but even after obstacles and overturning scenarios he gets his home electrified through legal means. 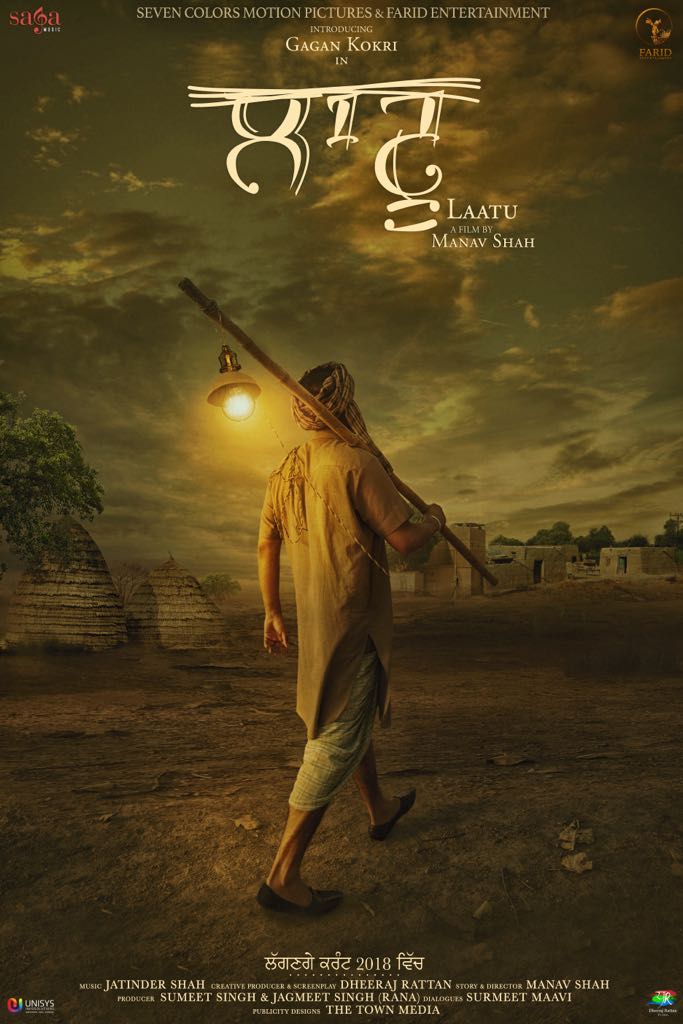 This movie will be produced by Sumeet Singh, CEO of Saga Music in collaboration with Seven Colors Entertainment and Jagmeet Grewal, CEO of Farid Entertainment. When asked about the movie, Sumeet Singh said “This will be a debut film for the Director and the Lead Actor which will be a chance for both to prove their mettle, add edge to the movie and do justice with the script on silver screen. To which, Jagmeet Grewal added “I am elated to work with such an experienced Producer and talented Crew”

As stated above, this movie will be a Directorial debut of Manav Shah who earlier completed various projects such as Dharti, Taur Mitraan Di, Tu mera 22 Me tera 22, Singh vs Kaur and much more as an assistant and associate director. Manav Shah, himself said “This film is a challenging opportunity provided to me by Saga Music and Seven Colors Entertainment to use all knowledge efficiently as I gained while assisting erstwhile Directors”

Also Read :   TIMES NOW to air the most talked about interview of 2016 with PM Modi on ‘Frankly Speaking’

Renowned Punjabi Singer Gagan Kokri who earlier featured in various songs such as Dileriaan, Berukhiyaan, Silent Tears, Malaiyaan and so on will mark his debut as a protagonist in the movie.  His acting skills depicted in short music videos will now be tested in a time bound audio visual narrative at silver screen. His acting and singing skills has been endorsed by the no. of views fetched on YouTube against his music videos. On being casted in the film, Gagan Kokri said “I am elated to debut as a protagonist as well as to work with Saga Music and Seven Colors Entertainment who released my first few songs and have a shear acumen of professionalism”.

Music Director of the film will be Jatinder Shah, who had earlier provided remarkable music composition to Punjab films, Screenplay and Creative Producer will be Dheeraj Rattan who is renowned for his contribution in movies like Jatt & Juliet, Singh vs Kaur, Tu mera 22 me tera 22 among other blockbusters in Punjabi Cinema, along with above two ace professionals the Dialogue writer will be Surmeet Maavi who wrote exceptional films like Saadey CM Saab and Punjab 1984 describing the versatility of his thoughts.

Film shoot is about to commence and release will be done next year, post that we will be able to know that what in actual Manav try to do under his first Direction. This is expected to be a comic representation of a grave situation of electrification persisting in our society, though our government took it pro-actively on mission mode and committed to provide electrification to each house by 2018.

Special drive of Cleanliness in Ramdarbar