Punjabi Cinema is welcoming New Year with a big bash titled – “Jinde Meriye”: The trailer of the most awaited film of January 2020 is released today. The film will be leaded by Parmish Verma and Sonam Bajwa who are alluring in the trailer. 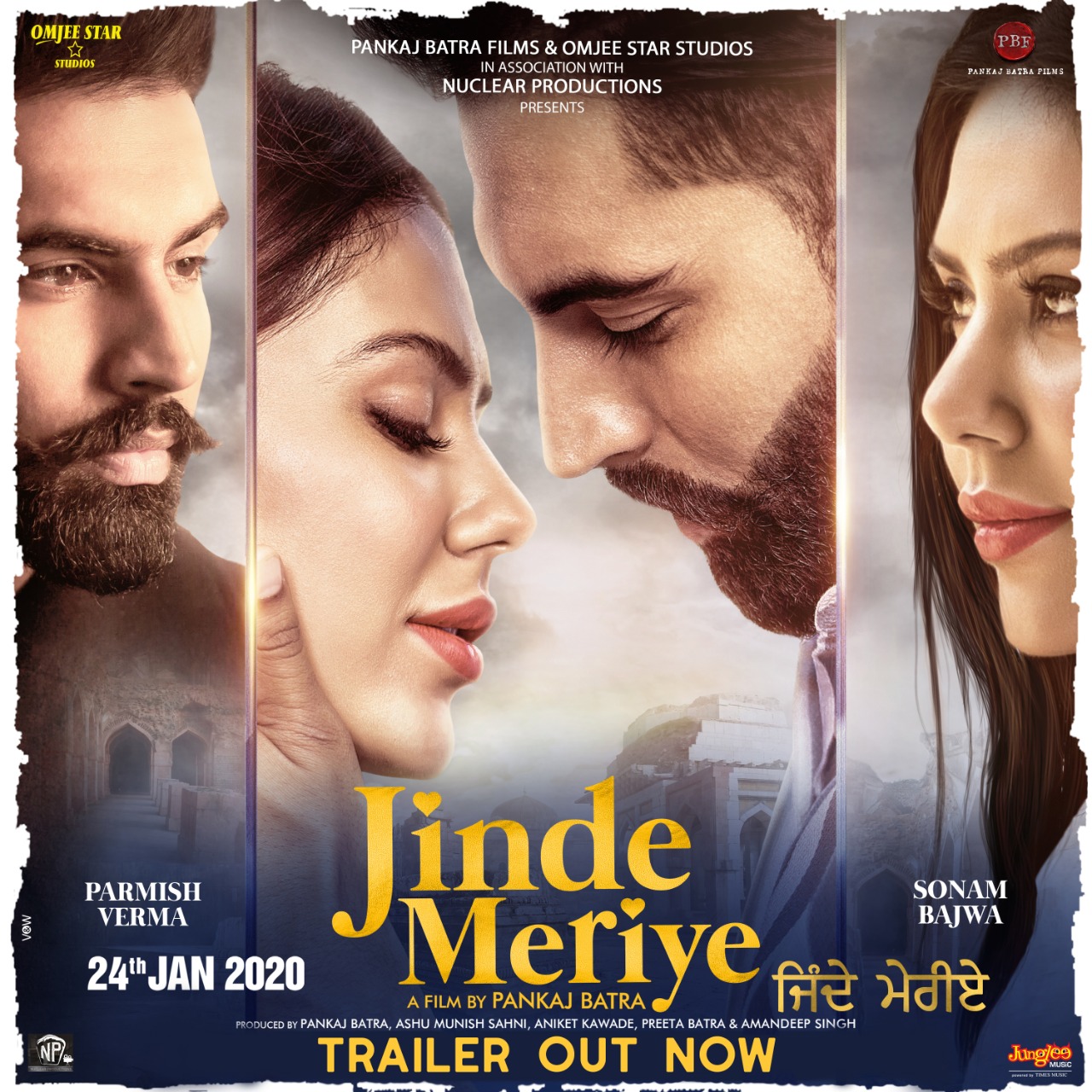 The ravishing reel couple is receiving loads of love in the comments section of the trailer.

“Jinde Meriye” is based on the love story of a boy named Yaddi (Parmish Verma) who wants to become a successful person by any means and prove the family of his girlfriend and his own. But the consequences lead him to do some boorish tasks which then effects the live of the couple. Now will he be able to succeed on his dreams or will lose everything, this shall be revealed the film. The film is made under the banner of PANKAJ BATRA FILMS & OMJEE STAR STUDIOS in association with NUCLEAR PRODUCTIONS.

The film is directed by Pankaj Batra who had directed Punjabi superhit films like Goreyan Nu Dafa Karo, Bambukat, Channa Mereya, Sajjan Singh Rangroot. The credits for story and screenplay too are taken by Pankaj Batra itself. The music of the film is given by Desi Crew, Troy Arif & DJ Strings.

The film is releasing on 24th January 2020 and is expected to be the great start to Punjabi cinema. The film will be distributed worldwide by Omjee Star Studios.