Punjabi Engineers Welfare Society observed 51st Engineers Day : Bhakra Beas Management Board (BBMB) Chairman Engineer Devender Kumar Sharma today said, “Engineers have achieved the greatest height in the world. We only need to update ourselves as technology is getting advanced within fraction of second. India has number of great engineers but we still need more quality than the quantity. If we pledge to change ‘Can we do it’ to ‘we can do it’ then nothing is impossible for us to achieve. We can do better than we are already doing. We just need to focus more on quality and advanced technology.” 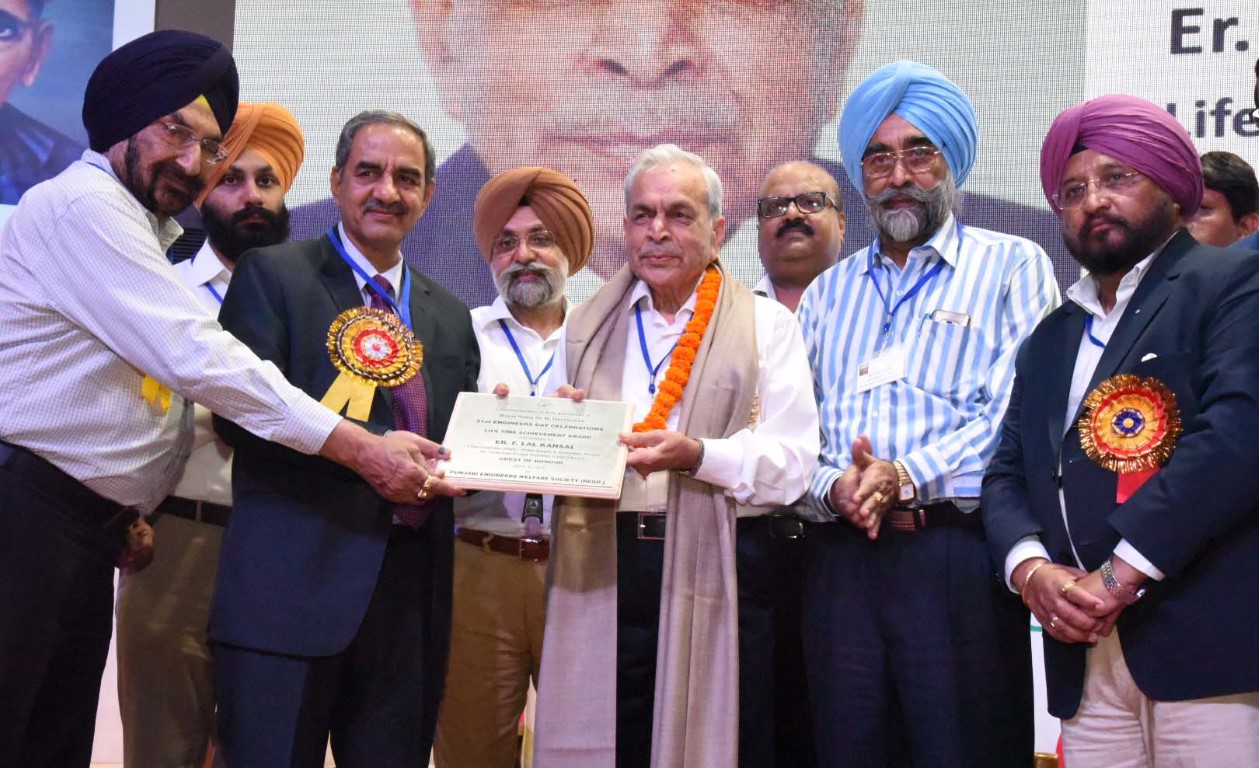 He was addressing 51st Engineers Day organised by ‘Punjabi Engineers Welfare Society’ at the auditorium of Law Department, Panjab University, Chandigarh. The Engineers day is observed, every year, to commemorate the birth anniversary of Bharat Ratna Awardee Sir M. Visvesvaraya, a prominent engineer of the country. He was the chief designer of the flood protection system for the city in Hyderabad in Telangana, as well as the chief engineer responsible for construction of Krishna Raja Sagara Dam in Mysore and Kawari Dam.

The Chief Guest further told about the serious problems happening in Punjab State. He told that water scarcity is affecting Punjab and it will get worse if not taken care properly. Also, Climate change is affecting pattern of rain which is seen on regular basis now. We need to change our cropping pattern due to this problem. BBMB has also formed a Climate change cell which is forecasting climate till 2080.

Asia Pacific Master Games 2018 Silver Medal Winner PWD, Punjab Assistant Engineer Gurjeet Singh was also awarded. On this occasion, retired Chief Engineers of Different departments were honoured for their invaluable services for the growth and the development of the state. 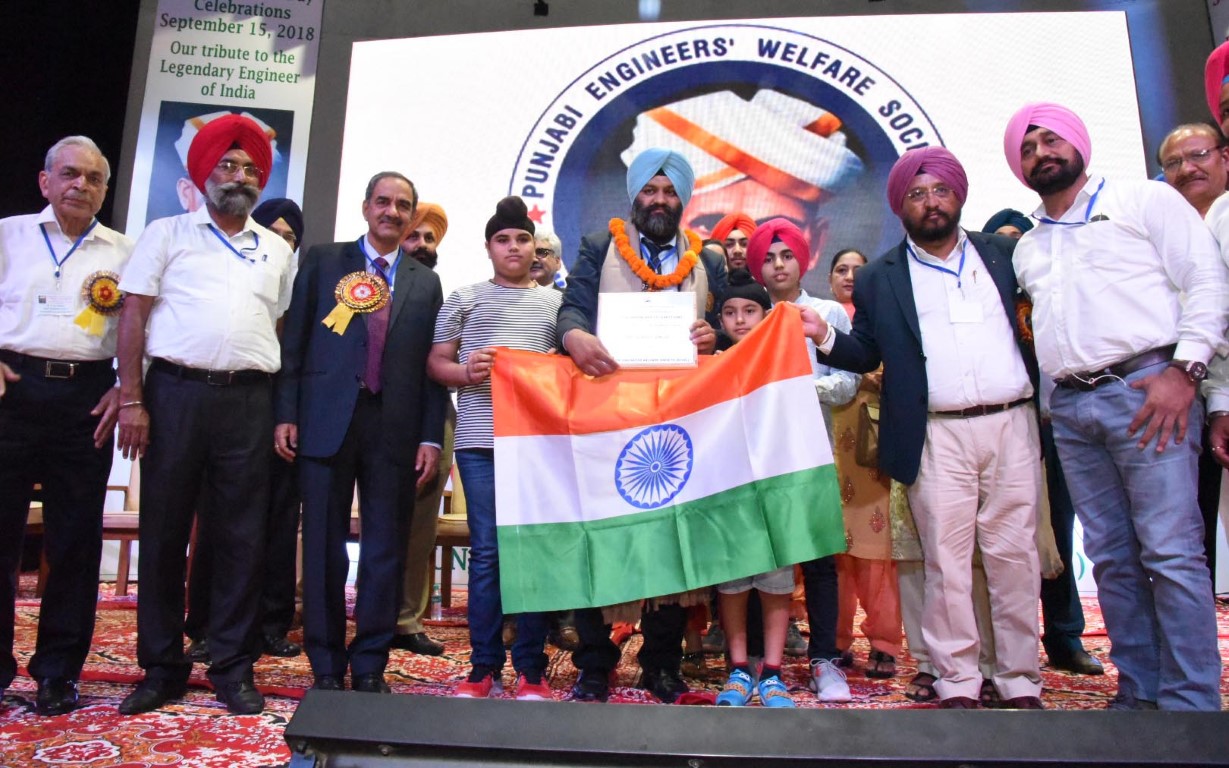 Er. Manmohan Singh, President of the Punjabi Engineers Welfare Society while welcoming the guests and engineers said that the society represents all the engineering fraternity of all the departments, boards and corporations of Punjab Government and will make all sincere efforts for the welfare of the engineer fraternity.

They deliberated on the different demands of the engineers including giving engineers a parity with bureaucrats in status and rank. Chief Engineers should be elevated to the post of Administrative Secretary of respective Department. Punjab Engineers to build State of the Art Building as Engineers Bhawan at Mohali, and a request to Hon’ble CM for allotment of suitable plot.

Talking about achievements, D K sharma told that an E-office has been started where every employee can get everything on a click which is accessible by App also. Mr Sanjeev Suri along with DK Sharma has planted 37128 tress this year which has survival rate of 90% as they are planted on best locations. They aim to plant 1 lakh trees next year under this project.

Mr. Ehsaan Qureshi the main attraction and special guest on the occasion entertained Engineers with his funny satires and jokes.

Er. R.S. Buttar, General Secretary of Society emphasized that real tribute to Sir M. Visvesvaraya is bring chapter of his life history and achievements  in all engineering students.  Er. Vinod Chaudhary, Convener, Punjabi Engineers Welfare Society’ vote of thanks on this occasion also spoke on the occasion.

Ghaggar would be pollution free by dec. 2015