newznew (Chandigarh) : Punjabi Film industry is continuously trying its level best to give its audience the best of cinema. And in this effort, the upcoming Punjabi Movie, “BIG DADDY” is sure to give us something new. The film has been directed by an enthusiastic Director, Imran Sheikh and its Producer is Keshav Dwedi. 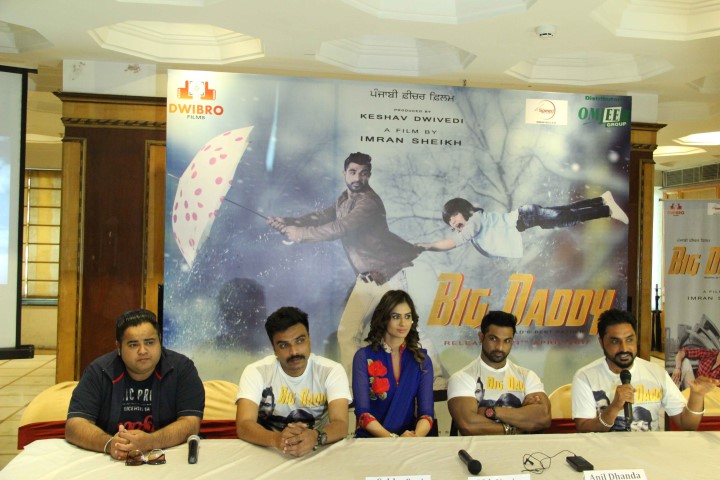 The movie’s trailer was released today in Chandigarh. The film will be released worldwide on 21st April, 2017. The lead actor of the film is the main character of Star Plus’s famous and popular Show, Saath Nibhana Sathiya, Mohammad Nazim, who belongs to a city called Malerkotla, in Punjab. With Md. Nazim we will see a child Artist, Sartaj and Sabby Suri as a lead actress. We will be able to see Sardar Sohi, Maninder Velly, Seema Kaushal, Gurnam Sidhu Gama and Karan Battan in important characters. 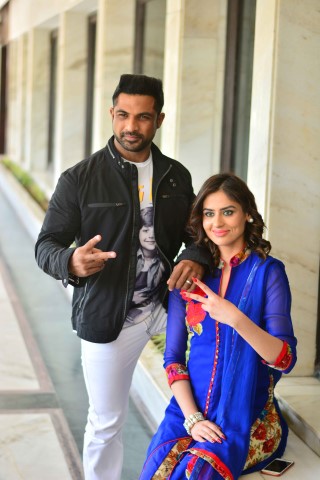 The Director, Imran Sheikh and Md. Nizam said, “The film revolves around the child and his big daddy which will show us how they carry a good compatibility between them and what all problems and what ups and downs both of them go through and how they face such difficulties. There is always a scarcity of films based on true incidents in our Punjabi Film Industry but the team is very sure and confident that “BIG DADDY” will make its mark and will fulfil that scarcity”.

The story of the film has been penned by Babbal Bhatti, which will showcase, Love, Drama, Tragedy and Romance. If we say that this film is different from the films in the league will not be wrong to say. Everyone right from children to the older people can watch this film.

The songs of the film has been sung by Bollywood’s singing sensations like Shahid Malya, Udit Narayan, Mohammad Irfan and Jaggi Sidhu. The lyrics have been written by Gurnam Sidhu Gama and Babbi Kakh. And the music has been lent by Kuldeep Shukla. The cinematography has been done by bollywood’s renowned name, Anil Dhanda. The film has been shot in Punjab and Australia’s famous city Sydney. Produced under the banner of Dwibro Films (Australia), this film is actually going to give us something different.