Punjabi singers Sippy Gill and Dilpreet Dhillon will appear as ‘Jaddi Sardaar’ : Punjabi cinema is preparing to touch more glory this year. In this year 2019, where Punjabi films will be released on a large scale, many new production houses will also make important contributions to the Punjabi cinema. 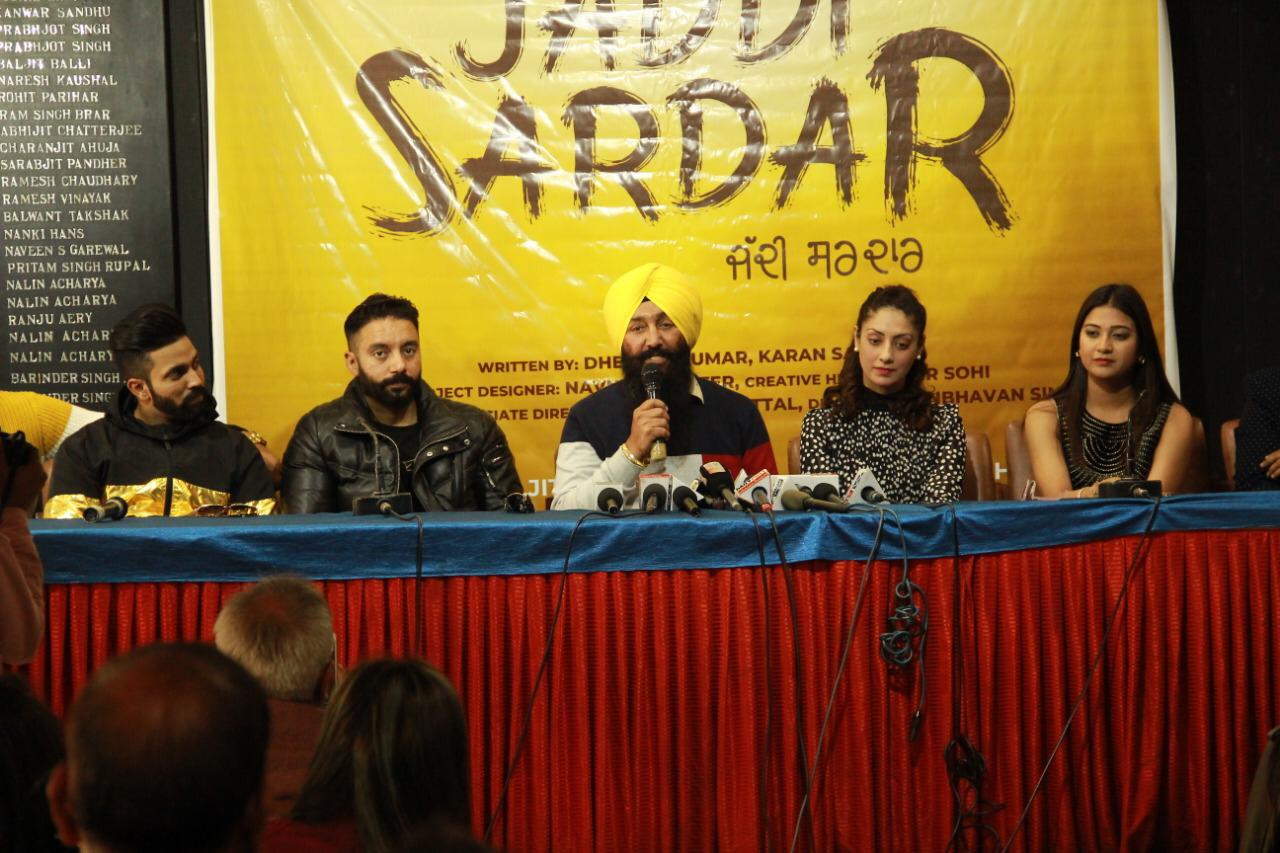 Three Punjabi films will be produced every year by the film company ‘Soft Heart Productions USA’ launched by Punjabi filmmaker Baljeet Singh Johal. This production house will be started from the Punjabi film ‘Jaddi Sardaar’. Announcement and poster release of this movie was done here at the Press Club today.

He also launched World Sikh TV Network in the US and promoted many Punjab singers. He is now going to join the Punjabi Film Industry through this film. This project was designed by his son Dilipreet Singh Johal. This film is being shot this month. Written by Dhiraj Kumar, this film will be directed by Manbhavan Singh. In the film, Sippy Gill and Dilpreet Dhillon will be seen in the lead role.

On this occasion, Sippy Gill said that he is a singer and he is carefully stepping down in the film area. The kind of films he likes to work in, the film is of that kind. The title of the movie is clearly clarifying its subject. This movie is the story of the villages of Punjab. In the villages, the story of common families related to agriculture.

He is playing the role of son of Guggu Gill, a landlord in this movie. Punjabi singer Dilpreet Dhillon has played the role of Sippy Gill’s uncle’s son in the film. Both brothers have full affection, but in the conflict between the women of the family, not only are the two brothers involved, but also the head of the family. This is the reason that their parents are also forced to distance from each other.

Film actress Gurleen Chopra said that she had been active in Hindi and South films for some years, but she will now be seen in Punjabi films continuously. She is playing an important role in the film. Again, this is the second Punjabi film of Saawan Rupawali, before that she has worked in Harjit’s film.

The film’s director Manbhavan Singh said that this is his second film after the Punjabi film ‘Gelo’. Like his debut film, this film will also be very different from others. Through this film, he will endeavor to present the problems of the common families of the villages, the lives of the people involved in farming and their conditions. According to Guggu Gill, the evergreen stars of Punjabi cinema, the audience will see him in his old film Avatar in this movie. He is hoping that the film will be liked by the audience.