Rabb Da Radio 2 Star Cast, Story, Shooting Starts, Tarsem Jassar, Simmi Chahal : We all have heard and watched so many stories since our childhood, in the form of books and films but very few of them stay with for a longer time. 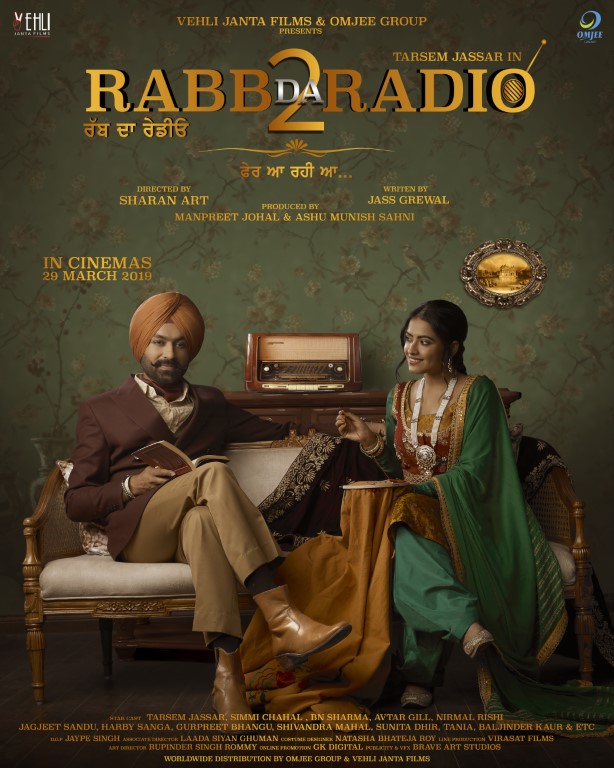 One such story and film is Rabb Da Radio which not only became a part of our lives however, it has given a new meaning to emotions, relationships that even after one year we can still watch this again and again. However, the sequel of this film, Rabb Da Radio 2 has already been announced and recently its shoot started.

The shoot of the film has already started at Khamano, Punjab.

The lead of the film Tarsem Jassar said, “I had started my acting journey with Rabb Da Radio, and this film has always been very special to me. This not only evolved me as an actor only but as a person also. Being a part of the sequel of Rabb da Radio I am very excited and it feels like coming home. I hope we will be able to live up to audiences’ expectations.”

Sharing her excitement, leading lady of the film Simi Chahal said, “Rabb Da Radio was a life-changing experience for me. I loved my character. But Rabb Da Radio 2 is totally different from part one. This time I am playing same character but with different shades as the shoot started I am just hoping everything will work out and people will love this in the same way as they loved Rabb Da Radio.”

Director of the film Sharan Art said, “As Rabb Da Radio has already set a benchmark in Punjabi cinema. Now, it is a challenge for me to match up to that. As first part, Jass Grewal has written this story so I have a full faith in him. The whole team is very excited and working hard on every aspect. I just wish people will appreciate our efforts and shower their love on us.”