newznew (Chandigarh) : Rabb Da Radio’s trailer was praised for its classy and vintage feels. The desipan of the trailer is also the innate quality of its music album and ‘Sardara’, the promotional song of the film. The film’s music album was launched by the Producer, Manpreet Johal and Vehli Janta Team, Director Tarnvir Singh Jagpal and Harry Bhatti, actors Tarsem Jassar, Simi Chahal, singers Sharry Mann and Kulbir Jhinjer in Chandigarh.

The album which has a total of seven songs, has the refreshing and feel-good number ‘Sardara’ that will make you tap your feet along is written and sung by Tarsem Jassar and the music is given by talented Music Director Deep Jandu. Tarsem  Jassar, who is also making his acting debut in Rabb Da Radio, will be seen in the song’s video alongside film’s leading ladies Simi Chahal and Mandy Takhar. 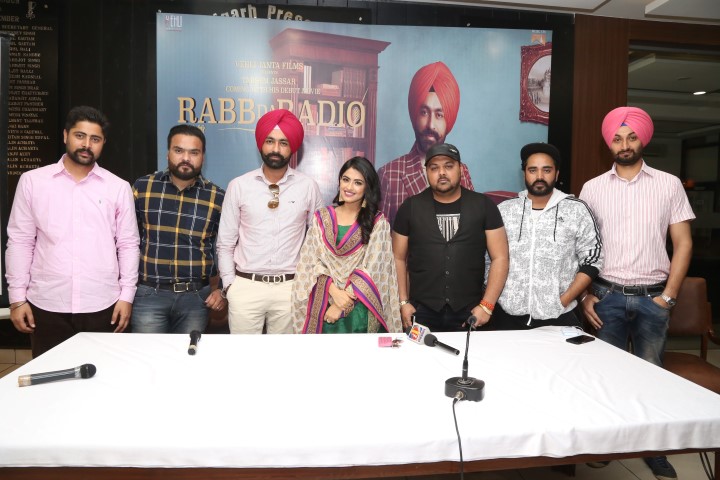 Rabb Da Radio is set in rural Punjab of 90s where family ties, relationships and undeterring faith in God were the essence of simple lives. The film’s trailer has already garnered positive reviews.

Producer Manpreet Johal says, “Rabb Da Radio is a special project and so is its whole album. Tarsem has made ‘Sardara’ one of those foot-tapping and fun songs which become an occasion’s beat. Movie’s trailer is already getting the positive response. The whole album and ‘Sardara’ will surely attract more viewers.”

Tarsem Jassar, the singer and lyricist of the song and the hero of Rabb Da Radio, says, “Sardara is really close to my heart. I had a great time writing, singing and performing it. I hope that people and fans will dance along the song’s beats and also relate to the soul of the film. I have also I am also looking forward to the release of Rabb Da Radio and am excited to see the response it will garner.” 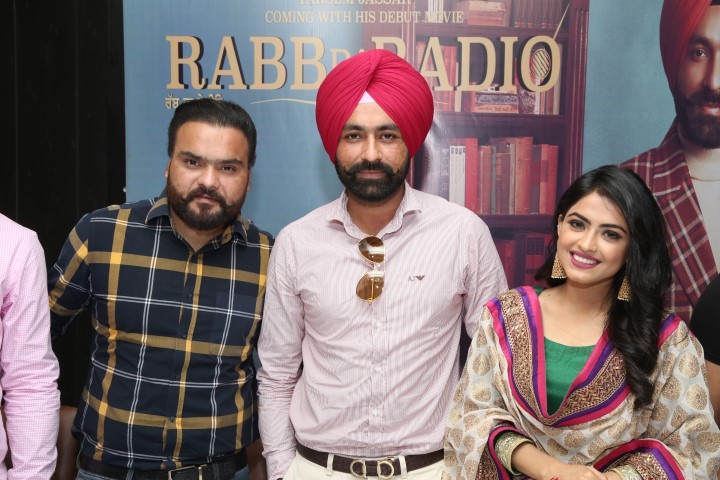 Director Tarnvir Singh Jagpal & Harry Bhatti added, “’Sardara’ is not just a promotional number, it is the celebration of how much fun we had making Rabb Da Radio and working together to make a movie that is relatable and a family film. The album of the film ranges from the up- beat songs to soulful ones. There’s a treat for every kind of listener.”

Other songs in the Rabb Da Radio’s album include Jassar’s two more pen and vocal creations Rehmat and Tere Bhajon. Another song written by the film’s leading man, Akh Boldi, is voiced by Ammy Virk. Kulbir Jhinjer and Mankirat Pannu have sung Sadke Sadke. Music to all these songs is given by R Guru. Sharry Mann has sung the movie’s title track penned by him and the film’s writer Jass Grewal. Nick Dhammu has arranged the music for the signature number. Rabb Da Radio also brings back the magic of Mohammad Rafi and Asha Bhosle’s collaboration in Das Merya Dilbra. Film’s music has been released under the label White Hill Music.

Handwritten Magazines of 397 Primary Schools made