There is good news for food enthusiasts of tri-city. A Rajasthani Food Festival ‘Rangeelo Rajasthan’ , offering authentic food from the land of Maharaja’s – Rajasthan, has started at WelcomHotel Bella Vista, Sec 5, Panchkula. Now Rajasthani food aficionados can enjoy delicacies in a luxurious setting of the Boutique Hotel.  The festival which started on 2ndFebruary will be on till 11thFebruary, 2018. 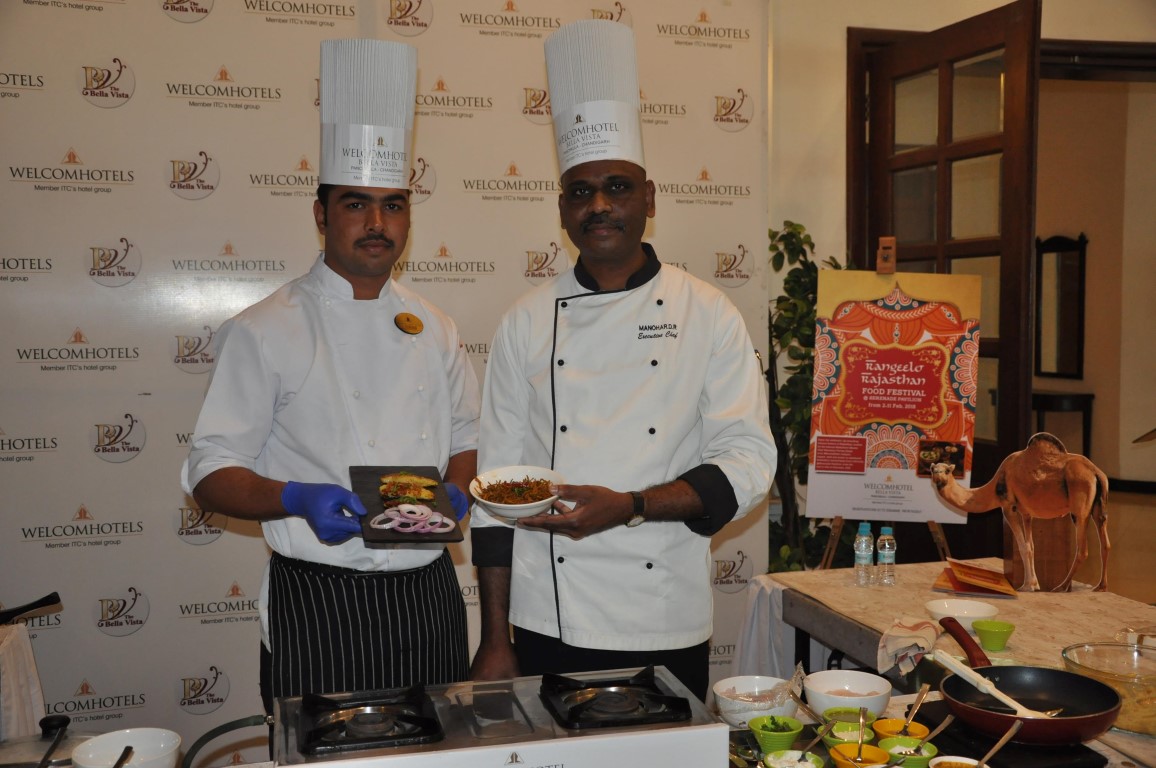 The festival is unique as the menu has been crafted & prepared by a Maestro of Rajasthani food- Chef Hanuman Pratap Singh who has come all the way from WelcomHotel Jodhpur & has prepared the sumptuous recipes with the ingredients exclusively found in the barren areas of Rajasthan.

It is noteworthy that Mr. Hanuman Pratap Singh had been a part of Royal food festival organized at ITC Maurya& has played an indispensable role in establishing Rajasthani food in the WelcomHotel Jodhpur. Chef Singh also gave a live demonstration of preparation of some lip smacking dishes on the inaugural day of the festival.

The Rajasthani Food festival menu has been painstakingly created by Chef Hanuman & his team to provide a balance so that the preference of vegetarian as well as non vegetarian food enthusiasts is maintained. The vegetarian starters include Moong Dal Kebab , Sangri Ke Kabab and Paneer ke Sooley among others where as the menu for non-vegetarian starters includes Rai  Ki  Macchi , Charkha Murgh and Maas KeSooley et al. The main course of both vegetarian and non-vegetarian menu is a big draw. From Macchi Ramgadi ,  Murgh ki Mokal to Laal Maas and Safed Maas, everything has been included in the non vegetarian menu. 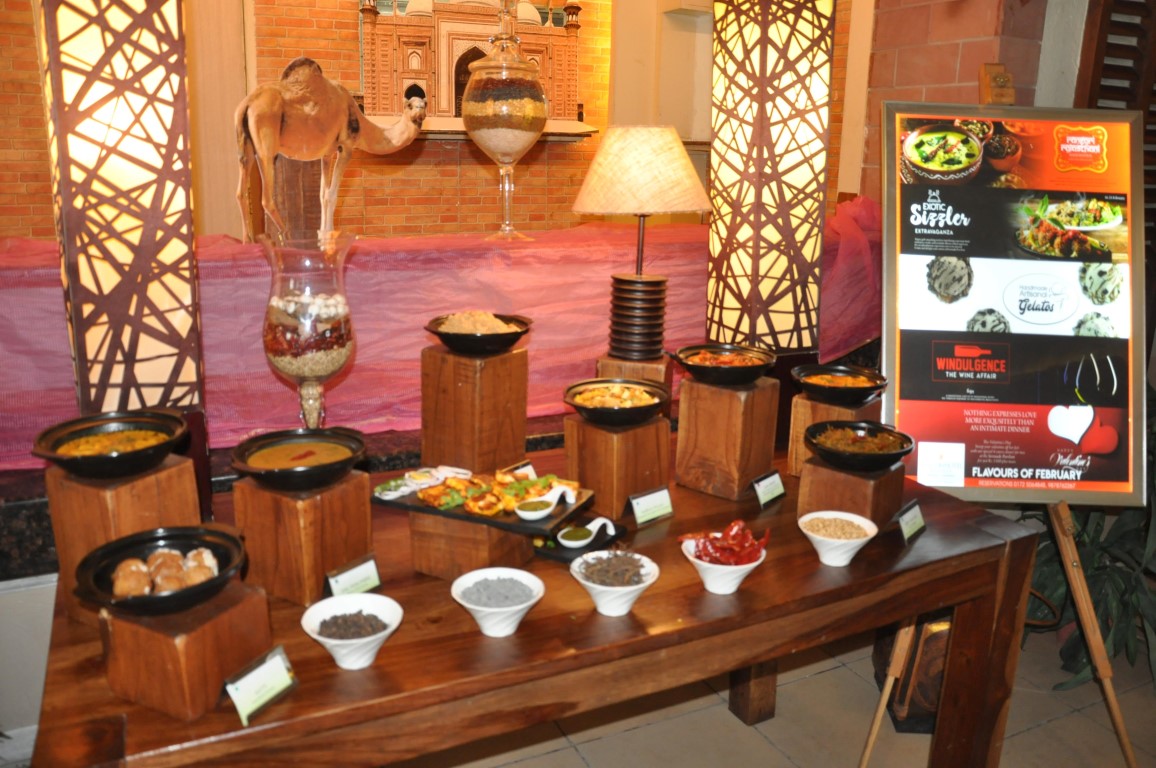 The vegetarian main course has attractions like- Paneer Methi Dana, Chakkika Saag , Ker Sangri Achari , Tripolia Subzi & more . Apart from this, one can enjoy Rajasthani deserts – Churma, Misri Mawa, Rajbhog, Malai Ghev  and Malpua. The breads are not the usual ones and these include Bejadki roti & Methi ki roti. Then the famous dishes of Rajasthan like Bati Dal, Moong MogarJaipuri and Gatta Pulao are also there in the menu.

While talking to the media, Mr. Hanuman Pratap Singh said,” The Hotel serves as an ideal place to introduce Rajasthani cuisine to people of tricity. I will not only be guiding the team in the kitchen during the festival but will also make people aware about the roots of Rajasthani food which has greatly been influenced by the wars & large expanses of barren regions. But despite all this, the love which people from all over the World have for Rajasthani food, proves the unmatched quality of its taste.”

Mr. Vivek Khanna, General Manager WelcomHotel Bella Vista said, “Under our Hotel’s plan we want to bring authentic cuisines from across India for the scrumptious taste of tricity food lovers. We recently held a Kashmiri Food Festival and after this Rajasthani Food Festival we will be putting up an Exotic Sizzler Extravaganza, a Gelato Festival & a Wine Festival. “

The classic ambience and premium dining options available in the hotel prove to be the best reasons for holding a unique event like this. 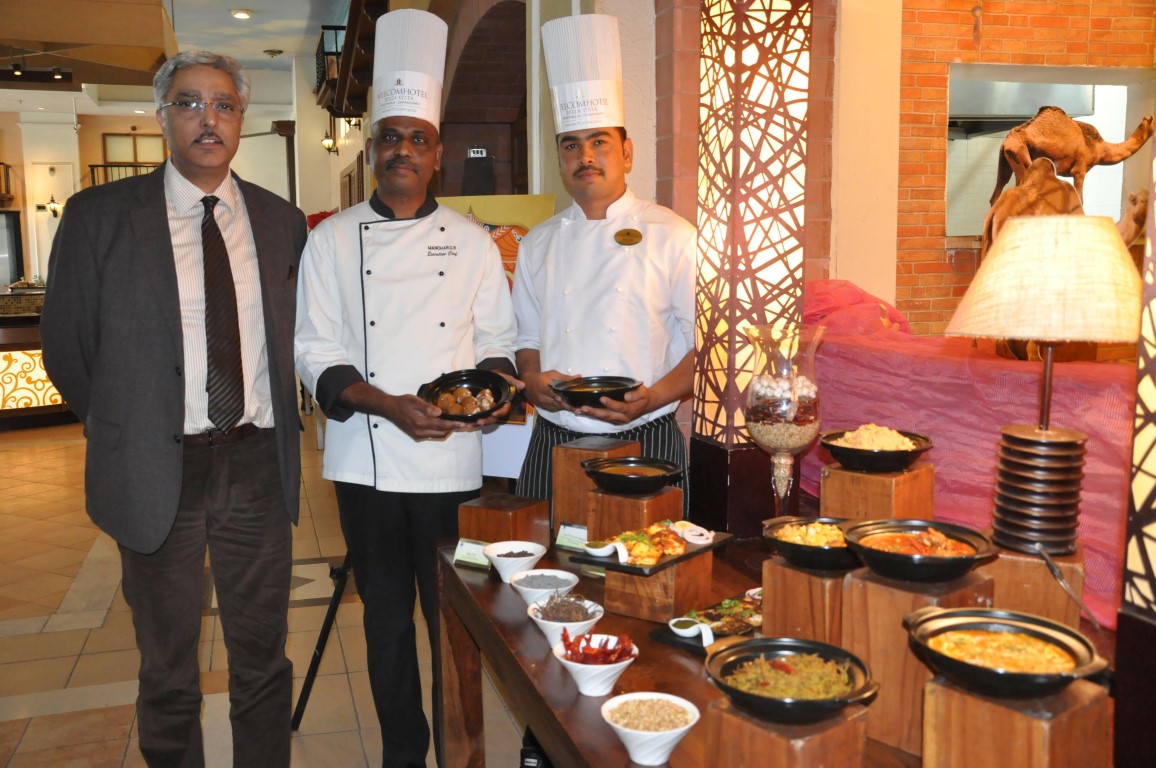 Mr. Duddi Reny  Manohar, Executive Chef, WelcomHotel Bella Vista said,  “Rajasthani dishes portray the rich food culture as well as heritage of the Royal state and the festival will provide a great opportunity to tricity residents to get a taste of original Rajasthani food cooked in a traditional way.”

It is pertinent to mention here that WelcomHotel Bella Vista has recently been awarded as Best Hotel in Panchkula in a Cleanliness Survey by Government of Haryana and  has also notched the Customer Choice Award by Make My Trip in the category of Upscale chain hotels in the tricity.