Rawat will take up issues with Gandhi, says Punjab CM: Amid the ‘tussle’ over the talk of appointment of Navjot Singh Sidhu as the new state Congress chief, ‘sulking’ Punjab Chief Minister Amarinder Singh on Saturday met state in-charge Harish Rawat here and said the meeting was fruitful but he would take up issues that he raised with party President Sonia Gandhi. 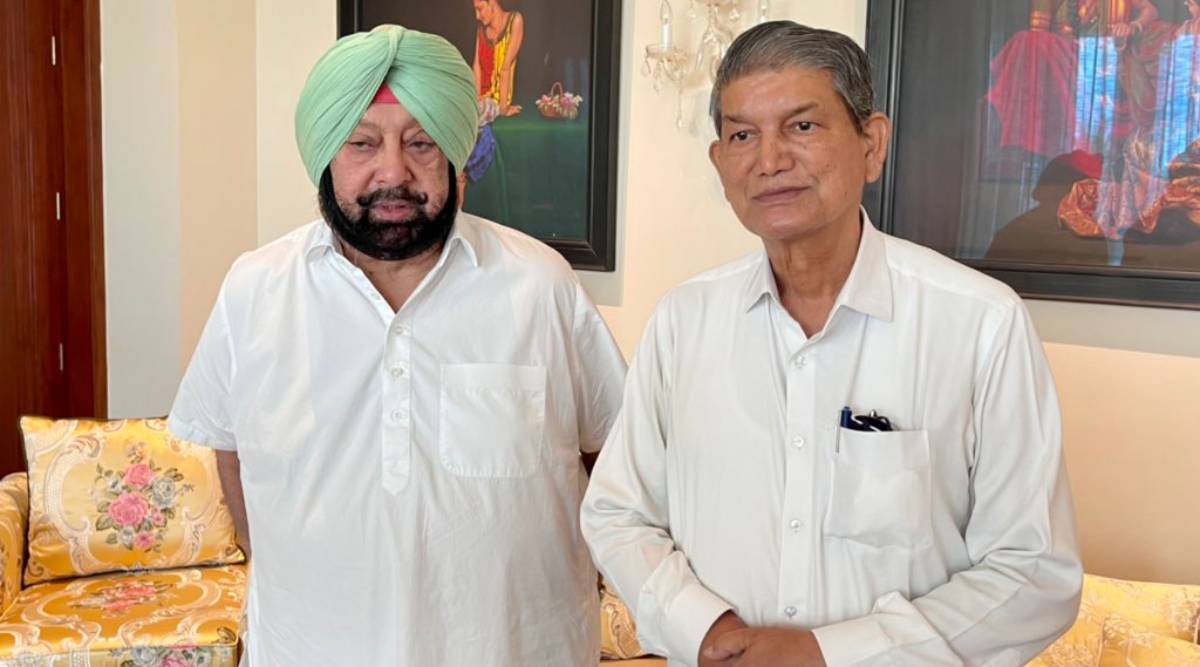 Reiterating that any decision of Gandhi would be acceptable but said he raised certain issues which Rawat said he would take up with her.

The meeting between them lasted for over an hour.

Minutes after the meeting, Amarinder Singh’s media advisor Raveen Thukral tweeted the CM’s statement: “Had a fruitful meeting with @harishrawatcmuk. Reiterated that any decision of @INCIndia President will be acceptable to all. Raised certain issues which he said he’ll take up with @INCIndia president,” @capt_amarinder.

Rawat reached Chandigarh in the morning to meet Amarinder Singh. Later in the day, he returned to Delhi.

The duo held a meeting which is seen in political circles as Sidhu’s effort to take everybody along in the party after he will be appointed as the state chief.

After the meeting, Jakhar told the media, “All is well.”

A day earlier the Chief Minister wrote to Congress President Sonia Gandhi and warned that the party would split if Sidhu is given charge of the state Congress.

In his letter he had said that he will not contest under Sidhu if he is elevated to the top organizational post of the state.

The letter was delivered to the Congress president at her residence in Delhi before she met cricketer-turned-politician Sidhu on Friday.