NewZNew (Chandigarh) : RCED (Regional Centre for Entrepreneurship Development), a Chandigarh based NGO, was awarded with a Gold trophy for being the “Best Organization Encouraging Entrepreneurship in MSME’s including Self Employment through Vocational Training” by ASSOCHAM (The Associated Chambers of Commerce & Industry of India) at a special event held at New Delhi. 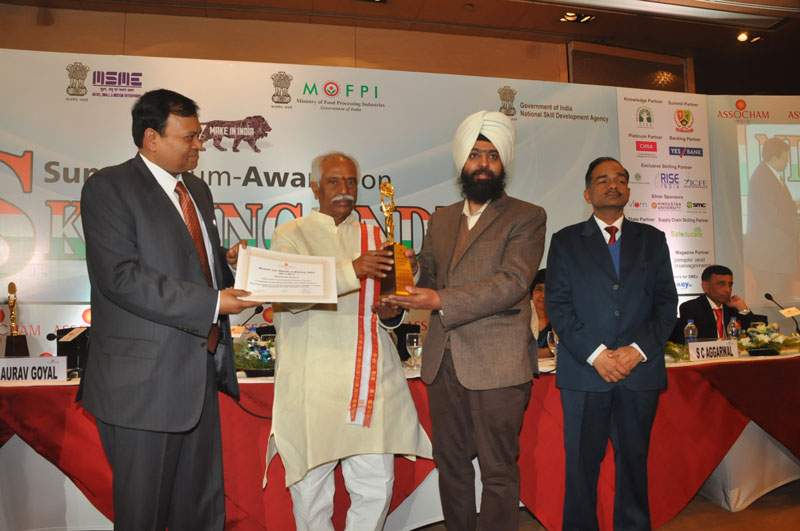 Paramjit Singh, Principal Consultant, RCED informed that the programme was held to discuss the current scenario on skill development and catalyze the initiative by recognizing the outstanding work of the private sector and industry participation in skill development.

RCED conducts several training programmes in a number of skills for target groups such as women, rural youth on behalf of different Central Ministries, State Govt. Departments and All India Financial Institutions and trains approximately 10,000 candidates every year in the northern states of Punjab, Haryana, Himachal Pradesh, J&K and Chandigarh.