You call it a biography, you call it a drama, call it an action movie or simply call it a question to the audience. Punjabi film ‘Rupinder Gandhi – The Gangster..?..The movie left a mark on the Punjabi Film Industry for being a hit blockbuster of Year 2015 and created a history in the industry. The biopic on Sarpanch Rupinder Gandhi was made under the banner of Dreamreality Movies. 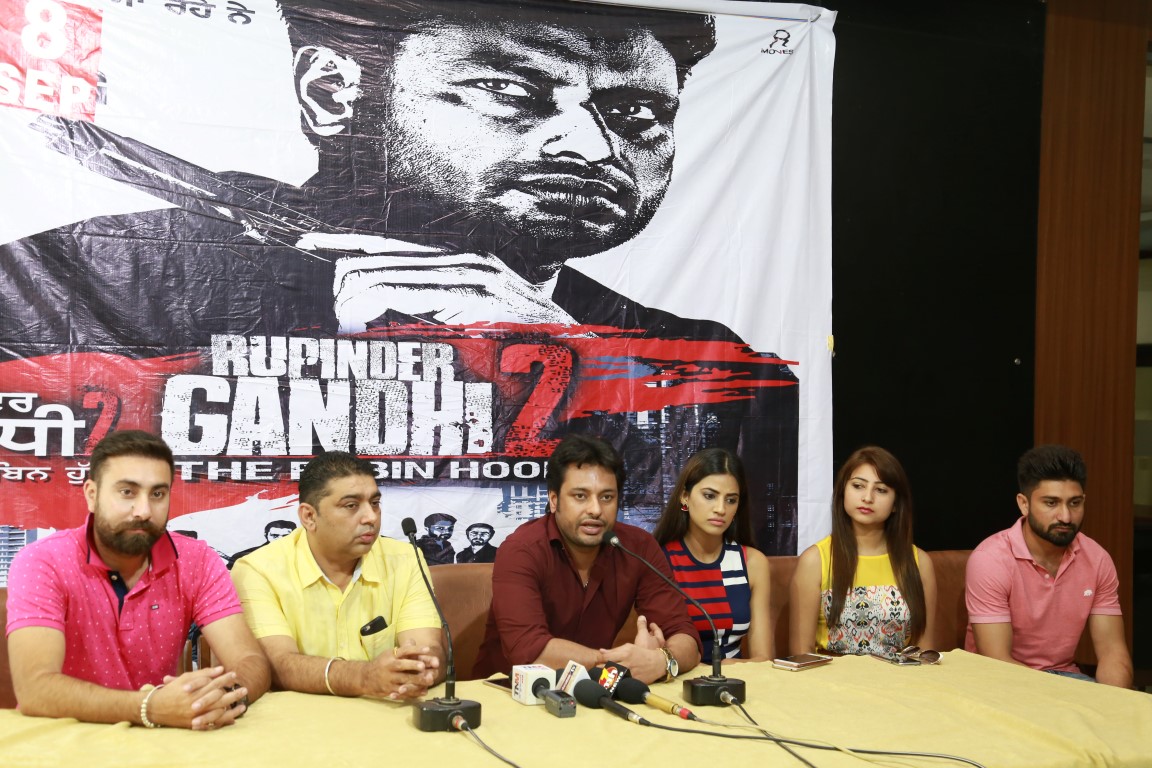 The team again started working on the concept and plot of the film but this time they were very sure that this movie will be made with hard core facts of his life, and Dev Kharoud will only play the lead role as he had lived that character for a long time and he had done justice to the character.

The movie is completed and was ready to release on the 25th of August, 2017 but the Producers are continuously getting one or the other true aspect and truth of Rupinder’s life and they found few aspects to be so heart touching that they never wanted to leave those aspects untouched and they decided to change the date from 25th August, 2017 to 8th Sepetember, 2017 in order to bring out the complete true story of Sarpanch Rupinder Gandhi, so that the audience should know that he was not supposed to be called a Gangster but a Robinhood.

The Producers Ravneet Chahal, Daljit Singh Bola and Rajesh Arora said that they are very keen to show the exact life of Rupinder Gandhi and doesn’t want to leave any aspect untouched and took this decision of changing the release date.

PAYBACK and SAMSUNG Mobiles Enter Into a Strategic Partnership

Latest Punjabi film Surkhi Bindi to be release on August 30