Keep the faith, Together we will rebuild Kerala: Nita Ambani 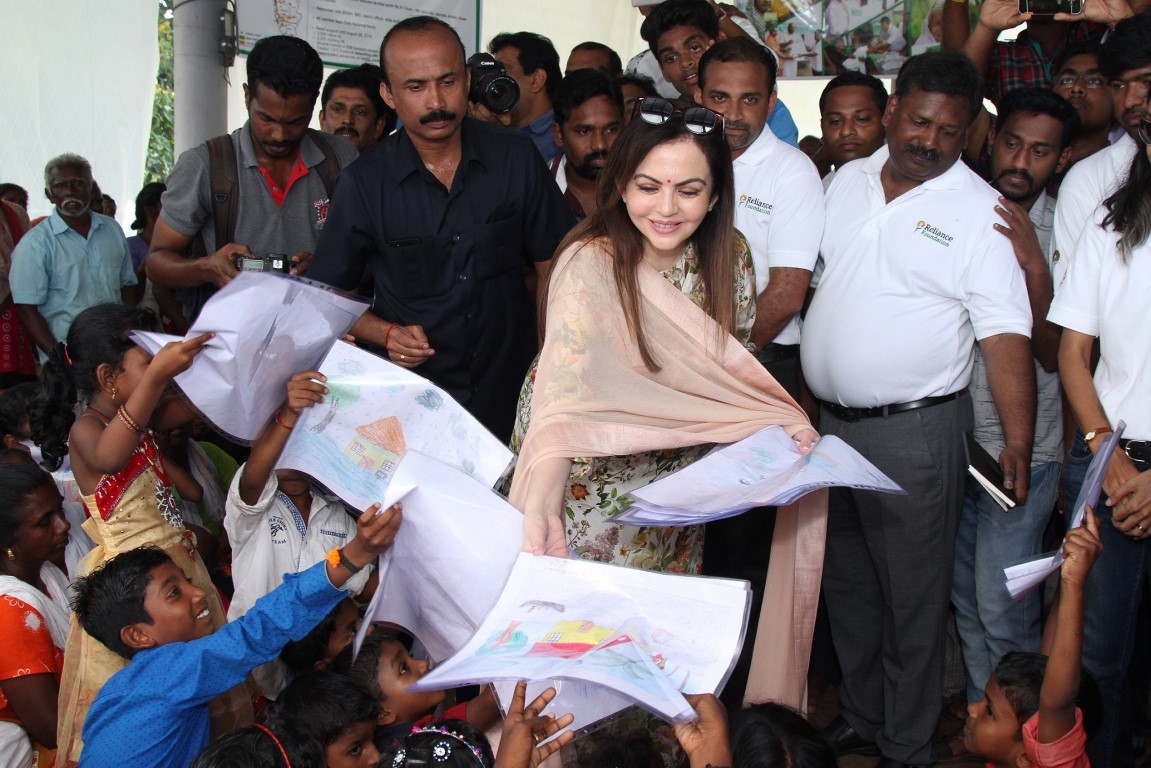 Reliance Foundation donated Rs 21 crores towards the Chief Minister’s Relief Fund. Also relief materials worth Rs 50 crores has been distributed to the flood affected victims. Smt. Nita Ambani visited Pallipad village, in Alappuzha district of Kerala, one of the worst affected areas during the floods to get a first-hand feel of the flood situation. It helped her understand the exact needs of the people, and will facilitate long term rehabilitation work. She also met Chief Minister Shri Pinarayi Vijayan and expressed solidarity to the people of Kerala and help create critical infrastructure.

Assuring displaced people of timely relief, Smt. Ambani said, “Reliance Foundation is committed to support the people of Kerala in this time of crisis. We will be there for all of you, and together we will overcome this calamity. Keep the faith. God’s Own Country will soon regain its grandeur.”

RF undertook field operations in six districts:  Ernakulam, Wayanad, Alappuzha, Thrissur, Idukki and Pathanamthitta. The focus was on providing materials for immediate requirement. This was done through Reliance Retail which supplied ready to eat food, glucose and sanitary napkins to 160 relief camps run by the government. Besides rations kits, clothing kits and utensil kits have been distributed in these areas supporting about 70,000 people. 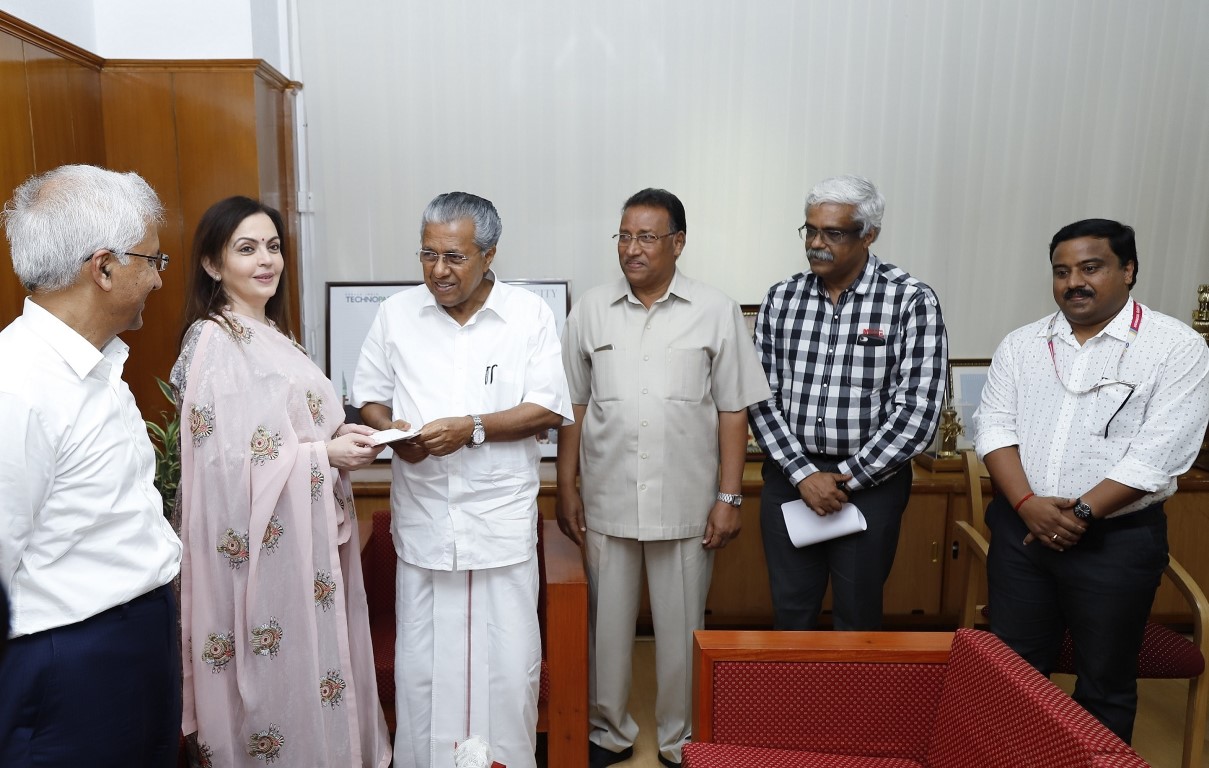 Keeping in mind the possibility of outbreak of epidemics, RF set up medical camps in Wayanad district; conducted multiple livestock camps in Wayanad and Alappuzha districts; and supplied medicines to the government for use by district authorities.

Pallipad is among the worst affected villages in Alappuzha district.  Situated 36 Kms from the district headquarters – Alappuzha, the village has 6430 households (population 24640). The government, trusts and NTPC have set up 17 camps across the village in schools, temples and in NTPC pump house ground. Reliance Foundation is supporting 3,500 families with cloth kits in close coordination with the local government representatives in the village.

Across the worst affected six districts, RF has supported with dry ration kits – sustaining a family for 15 days, a bedding kit for a family of three, sanitary kit to clean and disinfect the houses and utensil kit for a family to restart their kitchen over the next seven days. Moving forward from the relief stage, RF is also working with the community in identifying rebuilding critical infrastructure in the villages such as schools etc.