NewZNew (Chandigarh) : According to a study conducted by the Indian Council of Medical Research (ICMR), Chandigarh tricity has the highest prevalence of diabetes when compared to Tamil Nadu, Jharkhand and Maharashtra. The city records a 13.6% prevalence of diabetes and 14.6% of pre-diabetes. A genetic predisposition, as well as unhealthy lifestyle choices triggered by rapid urbanisation and cultural and socio-economic growth, are key reasons for the increasing disease incidence in the city, revealed Dr Sanjay Kalra, Vice President, South Asian Federation of Endocrine Societies. 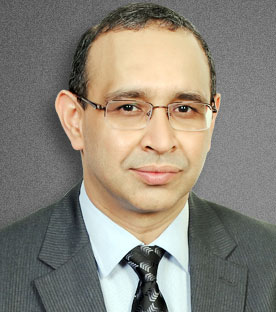 Dr Sanjay Kalra, Consultant Endocrinologist, Bharti Hospital Karnal, informed at a programme held here, “Data from the Chandigarh Population Census 2011 reveals that 97.25% of the city’s population can be defined as urban. The everyday life of these urban Indians is primarily sedentary, dependent on alcohol, cigarettes and unhealthy comfort foods as stress busters, and lacks regularity, all contributors to the increasing incidence of diabetes and related illnesses like hypertension, dyslipidemia, obesity and heart disease.

Dr Kalra said that diabetes, a chronic disease, occurs either when the pancreas does not produce enough insulin or when the body cannot effectively use the insulin it produces. Insulin is a hormone that regulates blood sugar. Hyperglycaemia, or raised blood sugar, is a common effect of uncontrolled diabetes and over time leads to serious damage to many of the body’s systems, especially the nerves and blood vessels. Diabetes is a leading cause of kidney failure, blindness, non-traumatic leg amputations, stroke and heart disease worldwide and is associated with a reduced lifespan and quality of life.