Ruk Jana Nahi result 2017 for class 10th as well as class 12th examinations have been announced here on Sunday morning. In a press note uploaded at www.mpsos.nic.in on Sunday (July 23), Madhya Pradesh State Open School (MPSOS) notified that the result of students who appeared for the examinations conducted in June 2017 under the state board’s 2016 introduced scheme ‘Ruk Jana Nahi’, can now access their results at the official portal www.mpsos.nic.in by entering the required details (Roll number/name/date of birth). 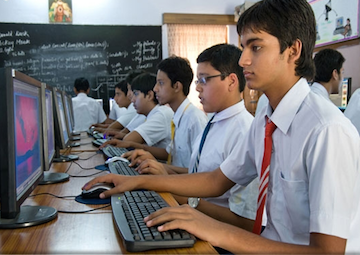 The official press note also states that for June 2017 Ruk jana Nahi exams, a total of 79,317 students appeared. The numbers include 10th as well 12th class students who applied this year. The MPSOS result 2017 of students who were appearing as fourth phase from last year as well as those students who appeared for the first time this year, may check their result now at the MPSOS website.

While last year for MPSOS, it was a matter of weeks of delay and uncertainty in declaring the results, this time the MP Board has done the same on time and leaving space for students to get themselves involved in the admission process.

As for the performance recorded here, the passing percentage recorded in the class 10 results came out at mere 11 pc and for 12th class, the same is 43 pc.

Students may check their MPSOS result 2017 or MP board result of Ruk Jana Nahi result 2017 here after selecting the exam (10th or 12th), the entering the roll number and then finally after submitting the request, your marks sheet will be displayed on screen.

Cremica joins hands with NABI & PGIMER for a new study