NewZNew (Chandigarh) : A home grown Punjabi film ‘25 Kille’ has release its official poster. After launching first look poster the team is now back with the official poster launch for the audience. The film is based upon love and united living style of four Jatt bothers. The movie also has its great share of comedy & pure Punjabi action! The movie not only touches the real essence of Punjab but land owners will relate to its great story line. 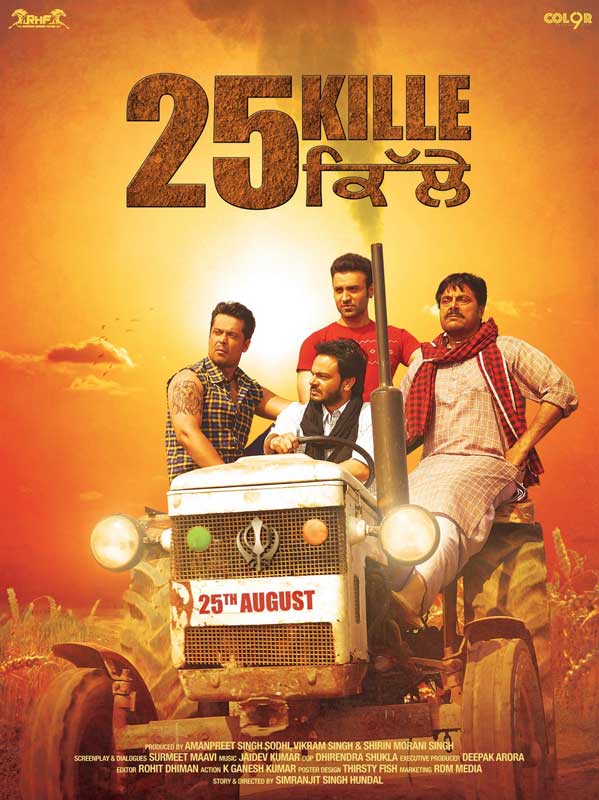 Actor Ranjha said this film is based upon love and bond of four Jatt brothers as they shows how they stand strongly against the testing time of their life. He said, I was eagerly waiting to debut in Punjabi film industry. I am super excited and feeling proud to be the part of this film.

Actress and model Sonia Maan said this film is very close to her heart as this film is a complete dose containing all the factor of entertainment for the audience. She said, the film is full of Punjabi essence and assures that it will touch everyone’s heart.

Punjabi film ‘25 Kille’ has been produced by Amanpreet Singh Sodhi, Vikram Singh and Shirin Morani Singh. The story has been written and directed by Simranjit Singh Hundal and music has been composed by Jaidev Kumar. The film will be releasing in the month of august.

Vintage for car lovers – destinations for Tourists – fiesta for...

5 Additional Covers to Enhance Basic Protection for Your Two-Wheeler