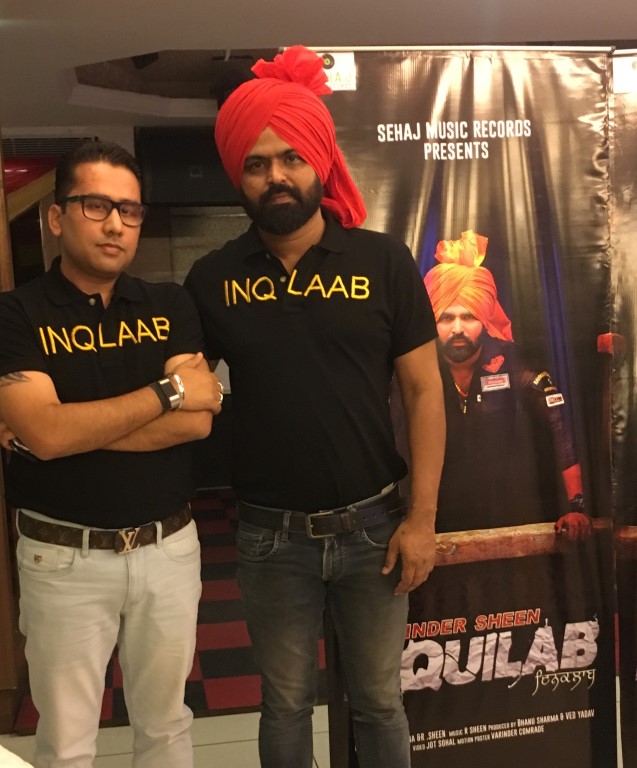 Mr. Bhanu Sharma and Mr. Ved Yadav are the producers, talking about this new venture the producer Mr. Bhanu Sharma further explained the main motive behind this new track’ “This song gives birth to slogan Inquilab Zindabad in an attempt to rally the youngsters of the state to bring forth a revolution to put an end to the rise of drug addiction, female foeticide, Casteism, Farmer Suicides and Violence in Punjab. We want people to remember the sacrifices made by Bhagat Singh for the country’s freedom and to repay his sacrifices.”

He also added, “If all the youngsters and the entire population in general devote their time and energy towards following the ideology of Shaheed-E-Azam Bhagat Singh then Punjab would revive its lost glory back and he also thanks everyone for giving so much love and appreciation to Kulli Phoonk which was released last month.”

Mr. Ravi Inder Sheen, a singer and composer comments, “The new track highlights the importance of Punjab’s day and age and pays homage to Shaheed Bhagat Singh. The song aims to promote the ideology of never giving up and is dedicated to all those people who, despite facing numerous difficulties, have never bowed down to any kind of oppression.”

CII holds first Cyclothon to urge residents to ‘pedal’ towards a...

DishTV and VISIWARE enter into a strategic tie-up to offer “Playin...