In an environment where love is on the minds of people on account of Valentine Week, Rotaract Club Chandigarh Himalayan, with the support of popular city choreographer, Dipesh Sekhri, who is a senior choreographer, E-fit Fitness and Dance Studio held Salsa Slam Season 9. The three day event saw an intensive 2 day workshop in which couples were trained & on the third day a grand finale was held. The event, which was organized at Community Centre, Sector-19, had a noble objective of collecting funds for charity which was duly achieved. The event gave the lovers of Latin-American couple dance form-Salsa, an opportunity to celebrate their love through dance. 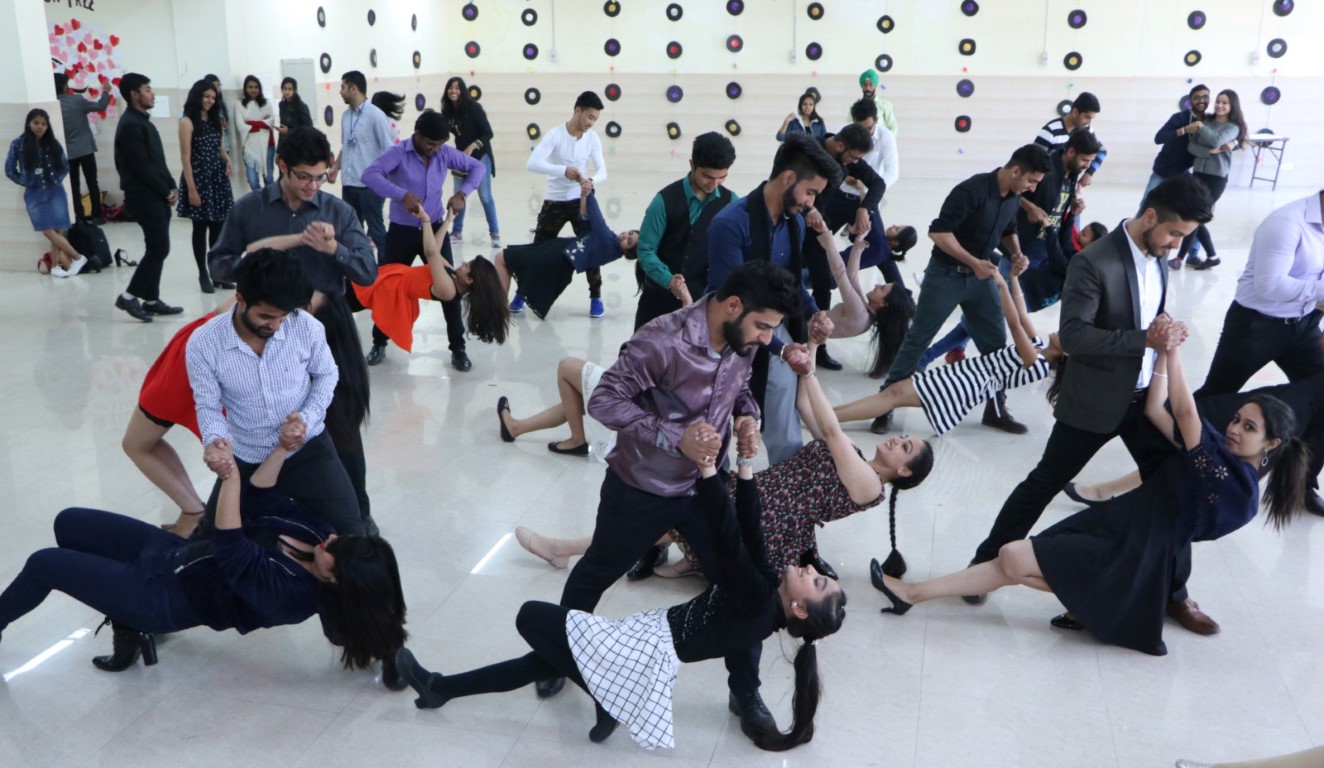 Dipesh Sekhri, a well known Choreographer who was a top contestant in a popular reality show on MTV, along with his partner Ms. Priya Ahluwalia, his assistant choreographer, Mr. Ajay Bhatia, Madhav Banati & a talented little kid Foxy Kritika trained nearly 200 couples who attended the workshop in different slots. In the grand finale , 3 couples selected from each slot competed to win the three titles. The titles were- Best Valentine Couple, Best Dance Couple & Best Dressed Couple.

Dipesh Sekhri said, “Salsa is taught in three simple ways. The first way is to teach how the dance steps fit into the music, which is called the ‘step timing’. The second way is use of Follow-the-leader, traditionally in Salsa Dance the Man is the Leader and the Woman is the Follower. Together the Leader and the Follower are known as Dance Partners or simply Partners. The third aspect of training is ‘Closed position’ or ‘European’ with the Man facing the Woman.”

Aastha Talwar and Shubham on account of their chemistry, grabbed the Best Valentine Couple title where as the beautiful dance moves of Masoom Kausal along with her partner Jashanpreet Singh made them the best Dance Couple. Vasudha Arora and Aadi Maher were given the title of best dressed couple for the unique design of their dresses which were complementing each other.

Also Read :   Govt support must to boost a culture of bicycling says Experts

The grand finale of the event attracted people in huge numbers who were allowed entry with nominally priced paid pass. The revenue generated from the event will be used to provide necessary equipments and stationary to students of schools in need of items of use. The noble cause of donating in charity made this event stand apart from other dance extravaganzas.