The Sant Nirankari Mission has paid rich tributes to India’s Former Prime Minister Shri Atal Bihari Vajpayee Ji describing him as religious but not fanatic. He wanted religion not to divide us but bring us closer to each other saying that Religion and Peace go together.

This has been stated in a letter presented by a delegation led by Shri C.L. Gulati, Secretary Sant Nirankari Mandal at the special function held today at Indira Gandhi Stadium, where nation remembered him and took inspiration from his long varied life.

The letter says, “Her Holiness Satguru Mata Sudiksha Ji Maharaj, the Spiritual Head of the Sant Nirankari Mission, and its followers across the world share the grief. May Almighty God Nirankar grant us all the strength and ability to follow the principles of love, unity, peace, religious tolerance and communal harmony that Atal Ji lived for”.

The delegation recalled that once Atal Ji met Nirankari Baba Gurbachan Singh Ji Maharaj and said with sanguine hope, “Mutual love and respect I see here (in the Mission), I long to see in the whole country.”

The letter states that Atal Ji was religious but not fanatic. He said, “Religion should give us a habitual inclination to help others. Let us not allow religion to divide us. Religion and peace go together.” He stressed that ‘if India is not secular, then India is not India at all’ and added, ‘though we have advanced technologically, we have cared very little for the emotional needs of people. A sense of belongingness to the whole world is the need of the hour. We need to celebrate diversity by honouring all cultures and religious traditions rather than letting it become the cause of strife or violence’.

The letter adds that the Mission feels that with his good deeds Atal Ji will never die. Even in his death Atal Ji has entered another life span.He was a virtuous personage and true Ratna of Bharat. He was an energetic man of vision and courage, loved by one and all.With utmost humility, he shared dignity with humanity. 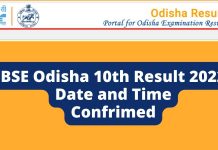 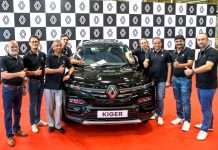