Shark Tank India Season 2 Registration, Episodes, Timings, Judges: Shark Tank is a business reality show that is all set to start its second season in India. It is an Indian franchise of the famous American show Shark Tank. The show is to hunt the entrepreneurs in India. People who are looking to start a firm with unique ideas can use this opportunity. These are the following requirements for a contestant to apply for Shark Tank India Season 2, Follow these steps to register yourself for Shark Tank India Season 2,

STEP 1: Go to sharktank.sonyliv.com from a browser. Enter your mobile number on the field and tap Generate OTP.

STEP 3: Next, enter the 6-digit OTP on the box and enter the respective captcha.

STEP 4: Click Submit to go to the next step.

STEP 5: Select your preferred language to fill out the registration form.

STEP 6: Now read the terms and conditions and check the three-box to continue.

STEP 7: On the next screen, you have to read all the instructions and refer to the video to get clear.

STEP 9: Fill in all the personal details such as Name, DOB, Age, Gender, Email, and more.

STEP 11: When you have done entering the details, you will receive an email confirmation.

In case your ideas and business model is impressive, Shark Tank India will get back to you shortly.

Shark Tank India Judges are popular influencers and entrepreneurs who are running successfully in their firms, 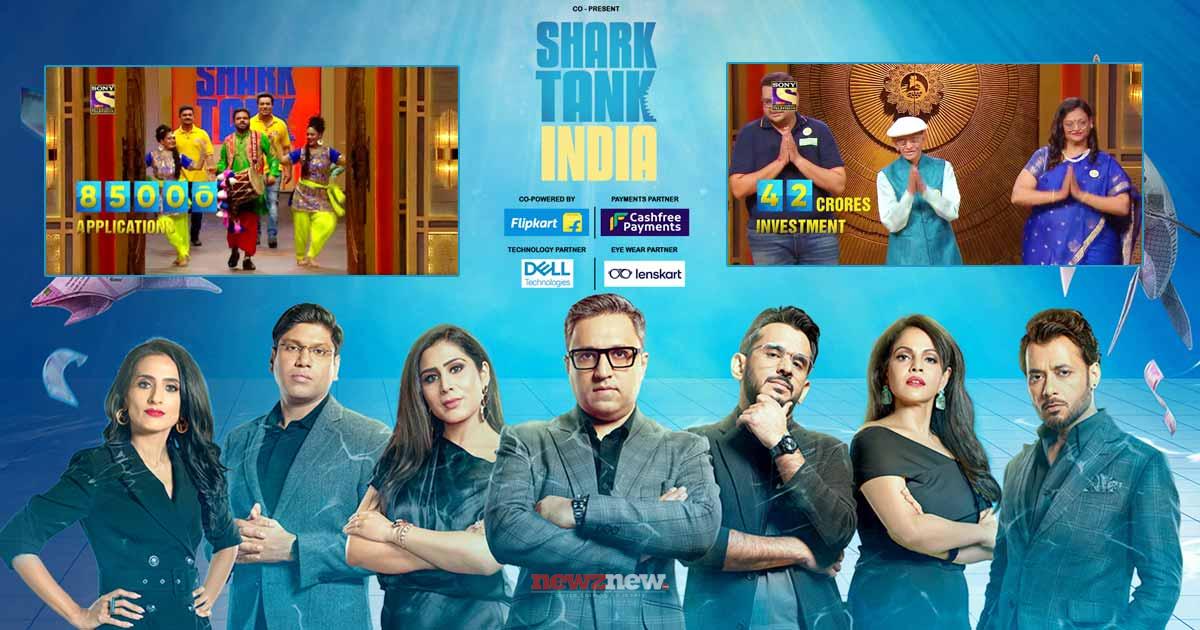 Anupam Mittal is an entrepreneur, Tech/Brand Investor, and Founder of People Group. He also serves as the CEO and founder of Shaadi.com. Anupam Mittal’s net worth is expected to be close to INR 15,000 crores, according to sources. According to the article, the 51-year-old entrepreneur has stock in more than 65 start-up firms. He is also a member of Team Sharks, a boat racing team. Aanchal Kumar is the name of his wife.

Vineeta Singh is the CEO of SUGAR cosmetics. She was born in Mumbai. Vineeta received her bachelor’s degree from the Indian Institute of Management in Ahmedabad. SUGAR is an Indian cosmetics brand that started in 2015. Her husband’s name is Kaushik Mukherjee. Vineeta Singh’s net worth is estimated to be over INR 300 crores, according to credible sources. She is 38 years old (as of 2022).

Namita Thapar is the founder of Emcure Pharmaceuticals. She also owns Thapar Entrepreneurs Academy. Namita Thapar’s net worth is estimated to be INR 600 crores. Her husband, Vikas Thapar, is also a businessman. The couple has two sons, Vir Thapar and Jai Thapar. She recently suggested that all employers take certain efforts to improve employee work-life balance.

Peyush Bansal is the founder of Lenskart and John Jacobs Eyewear. He also runs the “Lenskart Foundation,” a non-profit organization. Peyush Bansal’s net worth is estimated to be about Rs 600 crores. Lenskart is a well-known eyeglasses e-commerce platform in India. Nimisha Bansal is the name of his wife.

Ghazal Alagh is the founder of MamaEarth. In 2016, she co-founded MamaEarth with her husband, Varun Alagh. It is involved in the production of organic-based beauty and cosmetic products, especially for babies, haircare, and skin care. She also serves as the founder of TheDermaCo. Ghazal Alagh’s net worth is estimated to be about $10-20 million USD.

Aman Gupta is the co-founder and Chief Marketing Officer of boAt. He was born in Delhi. Priya Dagar is his wife’s name. He began his career as an Assistant Manager at Citi. Aman Gupta also serves as the Chairman of the Internet and Mobile Association of India. He earned a Commerce degree from Delhi University (Honors). Aman obtained his CA from the Institute of Chartered Accountants. He earned his MBA in Finance and Strategy from the Indian School of Business. His net worth is estimated to be around INR 700 crores.

You can watch Shark India India show in the UK, Australia, and the USA. Due to some restrictions, some episodes will be skipped in each region.

Healthy diet for a working women