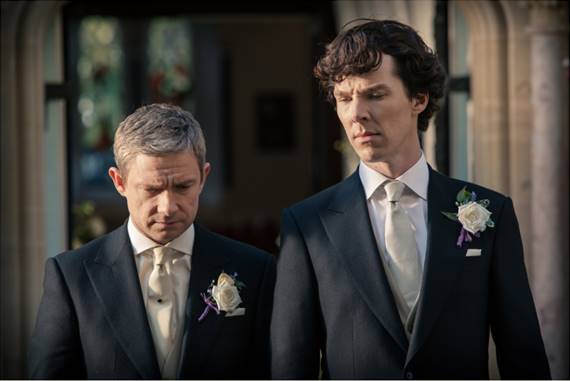 NewZNew (Chandigarh) : Benedict Cumberbatch star of BBC’s hit drama series Sherlock, has bagged the Radio Times Audience Award at the BAFTA 2015 this weekend in London. BAFTA is one of the most prestigious awards in Film and Television category internationally. The much loved and awaited series was racing against Game of Thrones, EastEnders, Strictly, Bake Off, Cilla and The Missing for coveted viewer-voted Radio Times Audience Award.

Radio Times Audience Award is the only category in BAFTA to be decided by the public. The fans voted in huge numbers for the series and made it a winner. The series is already recorded as the most watched BBC drama for over a decade. The series is expected to return in 2016 with season 4, with the epic return of its legendary villain Moriarty played by Andrew Scott. The mystery is yet to be resolved and the epic showdown of genius Sherlock and Moriarty could be the most anticipated reunion of television history.

Sherlock also won a BAFTA in 2010 for best drama and best supporting actor- Martin Freeman for the portrayal of Dr. Watson but this award is bestowed because of fans who voted in enormous amount.

In India, the fourth series of the drama will air on AXN India.

Music of Punjabi film ‘Born To Be King’ released