Home Chandigarh Silverine Spa and Salon kicked off the Bold and Beautiful campaign in...
Facebook
Twitter
WhatsApp
Email
Print
newznew (Chandigarh) : Life shrinks or expands in proportion to one’s courage, and women these days are not just beautiful but equally bold.  Adversaries or untoward situations dont deter them from working to realize their dreams. So,  Silverine saluted all the beautiful women who are playing several roles and not pushed by problems but led by dreams. 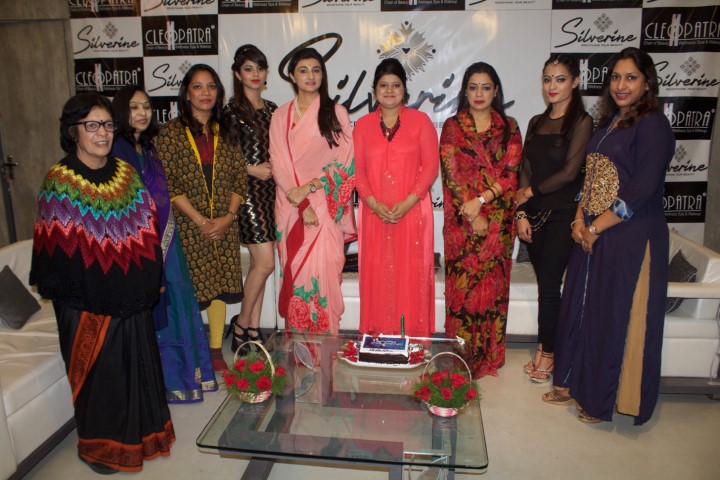 Shishir Goyal with Poornima Goyal, Silverine Spa and Salon kicked off the Bold and Beautiful initiative in the Pink City on today While celebrating two years of successfully catering aesthetically ravishing beauty services that dazzles every personality,
Silverine Spa and salon paid an ode to the audacious and courageous women of India. Event will flag off a month long carnival that will target on creating awarenes among women patrons on vivid security dos & donts they need to take up while travelling solo, on work or while partying. Carnival will also present women role models who are beautiful from inside out and bold enough to raise voice against any untoward incidents. According to Poornima Goyal, Beauty expert , Silverine spa & salon ” with this campaign we want larger no of women to join hands with us in saluting the spirit of women empowerment. 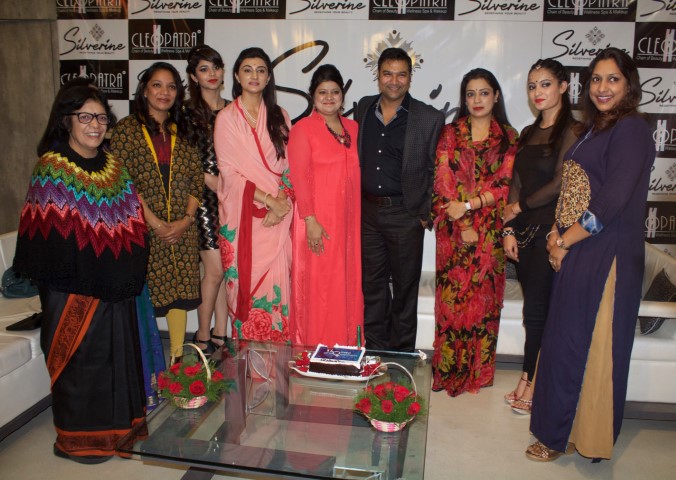 Royalty joined hands with Silverine as Rukshmani Kumari, founder of Star foundation that works towards upliftment of women and children in rural areas of Rajasthan inaugurated the campaign as guest of honour..Joining her was JAINANDINI RATHORE from Royal House of Rajasthan, she has been very vocal on issues of underprivileged children and women. According to Rukshmani Kumari ” Its a great initiative to embolden women of today which is not only skin deep but also strong from within to combat any adversaries. According to Jainandini Rathore ji “My heart is filled with glee to be part of this initiative that brings out hidden power of women and in future also i shall extend my support to such initiatives”.
The carnival to  witness women from across the city who will share their personal experiences in the shoes of a women. Putting a halt to the old, Silverine put forth some really trendy and bold makeovers through fashion preview BOLD & BEAUTIFUL, showcasing empowered side of  women.
Also Read :   Allen Career Institute opens Panchkula Branch