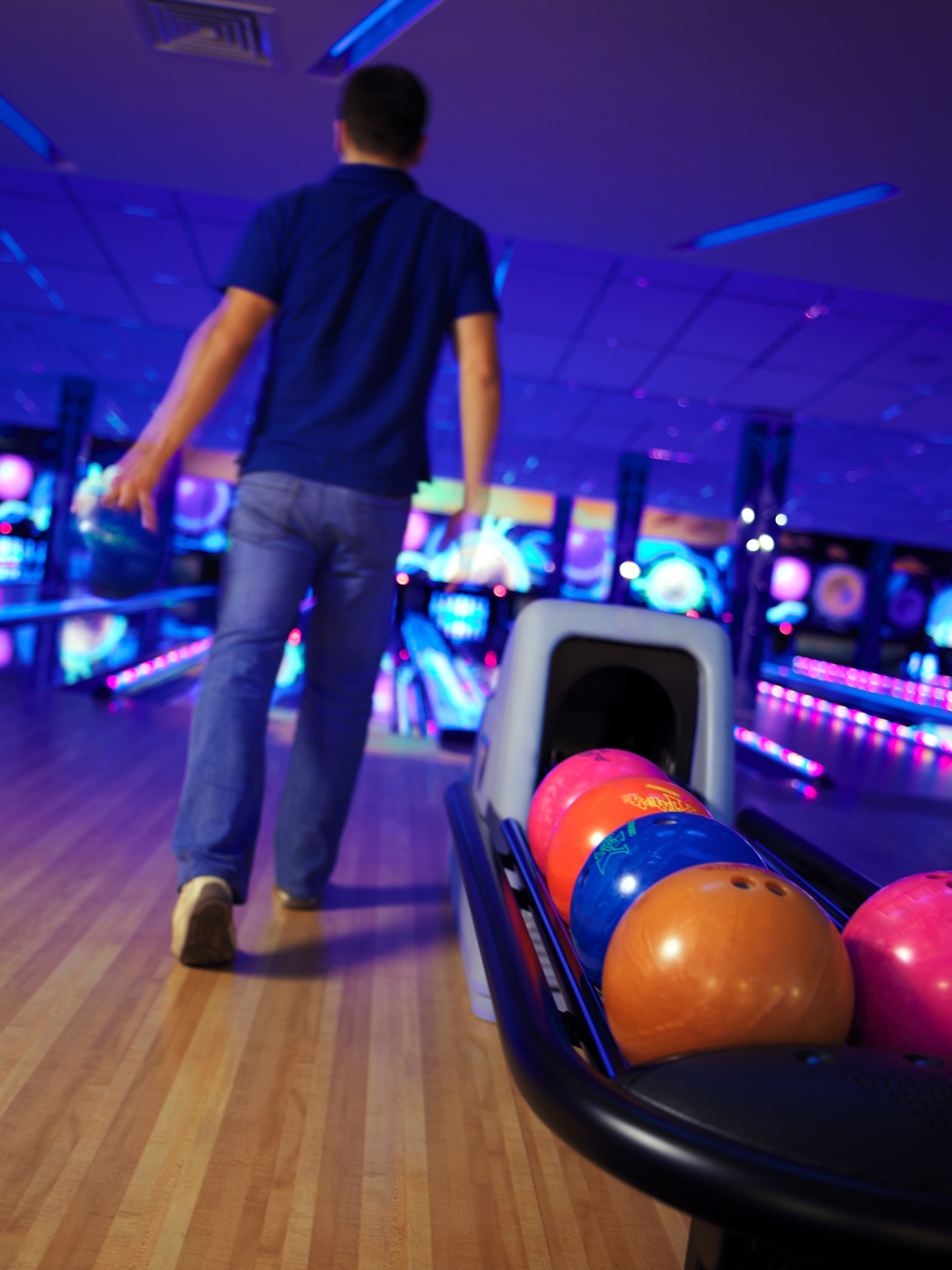 SMAAASH, India’s acclaimed gaming and entertainment hub becomes the biggest operator of bowling lanes pan-India. In a short span of time, Smaaash has captured the imagination of numerous enthusiasts and has taken giant strides in spreading bowling excitement across India.

It’s almost impossible to trace the rise of bowling in India without simultaneously documenting the rise of Smaaash which is now standing at 39 locations & in 20 cities across India. From the very beginning, bowling and Smaaash have shared the same path and for the very same reason SMAAASH acquired 100% stake in BluO entertainment (a premium bowling and entertainment format) in 2017.

The acquisition marked doubling the area under SMAAASH management from 276,000 square feet to approximately around 600,000 square feet in India. SMAAASH also acquired a 100% stake in SVM Bowling and Gaming, a popular bowling and entertainment format operated by SVM Private Limited in 2017.

Smaaash Chief Technical Officer Kaizad Bajina played an integral part in the expansion of the game by building a company dedicated to taking games like bowling out of fancy parlors and into the public arena. Kaizad had a vision for the modern game of bowling which combines Play & Party together as a concept. He standardized the layout of all Bowling Lanes of Smaaash which now come with a Bar & Party area of atleast 70-200 seater.

During the past 5 years, Smaaash’spassion for the game has never wavered. Smaaash has always been dedicated to improving both the tenpin game and the experience around it with Bowling Tournaments & Leagues & Training Camps for Amateur & Professionals in India.

Commenting on the milestone, Kaizad Bajina, SMAAASH said, “SMAAASH over the past 5 years has driven the gaming market in India to exponential level and now has become the biggest operator of bowling lanes across India. We stay at the top of the game by listening to our customers — mingling with them, asking questions and gathering as much feedback as possible. We will make every effort to sustain the position that SMAAASH has attained and are positive that our patrons will appreciate our new trends & offerings in bowling and other virtual reality games.”

India’s best spin bowler, 65-year-old Harsh Vardhan Sarda says “SMAAASH Bowling is a great platform for people to de-stress and enjoy with friends and family. Redefining the concept of Bowling in the country, SMAAASH provides wholesome entertainment for Bowling lovers, Amateur bowlers and professional thrill-seekers. I am excited to see the growth of Smaaash at this pace.”

At our lanes take the perfect stride, let go of the ball, knock off pins in style at theTwilight or factory setting themed Bowling Arena. At our UV-lit bowling alleys, the only thing you lose is track of time. In an amazing perennial twilight ambience, you get to let out your fury on the pins and opponents, alike.

With lasers and LED lights, the operating bowling lanes in India includes 46 in NCR, 31 in Punjab, 64 in South and 30 in Western & Central region. Smaaash also has setup bowling lanes in various private institutions & clubs. Total no. of lanes in Smaaash inventory crosses 180 as of today India.

Young or old, novice or pro, people enjoy bowling in India for Sport, Entertainment, Socialization and Recreation. Bowling is easy to learn and have health benefits such as speeding of metabolism, tones muscles and lowers blood pressure. It also reduces chances of stroke and diabetes. Doing bowling also aids in improving eye coordination and balance. The best part is: there are almost no limits on who can bowl. It’s a low impact, easy-to-learn sport, making it great for all ages, from young children to senior citizens. Overall, bowling is great stress reliever. While we all have our off nights, the physical exercise and socialization associated with bowling far outweighs the benefits to your body than the frustration of the odd gutter.

Smaaash plans to open close to 10+more centers to have a network of 50 outlets across India by the financial year 2019. It is also looking at expanding in overseas markets, including West Asia and is also touted as of India’s entertainment powerhouse in foreign shores with its Mall of America center.SMAAASH is currently present in cities like Mumbai, Delhi, Gurgaon, Noida, Jamshedpur, Pune, Hyderabad, Bengaluru, Ludhiana, Amritsar, Bhopal, Mangalore, Madurai, Gwalior, Mysore, Siliguri& more. 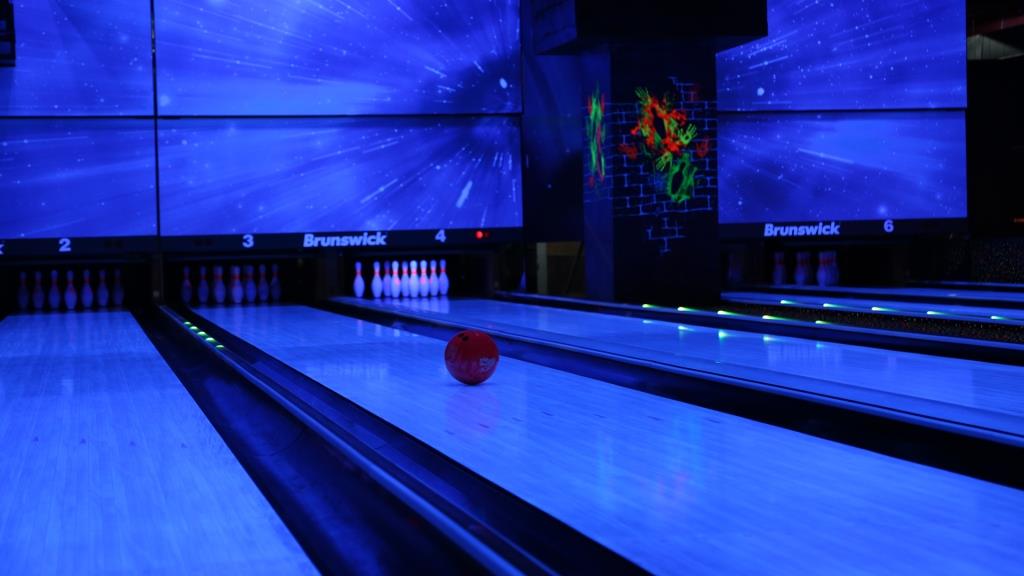 Launched in 2012, SMAAASH is one of India’s acclaimed gaming and entertainment centers that blend sports, virtual reality, music and dining into an immersive, evolved, interactive and innovative social experience for family, friends and children alike. Helmed by its creative ideator, Shripal Morakhia, SMAAASH is renowned in the field of sports simulation technology and proprietary gamification technologies such as a unique twilight bowling zone, VR Games and bike racing simulators and the go-karting tracks (in Mumbai & Gurgaon)

SMAAASH acquired 100% stake in BluO entertainment (a premium bowling and entertainment format) in 2017. The acquisition marked doubling the area under SMAAASH management from 276,000 square feet to approximately around 600,000 square feet in India. With its current presence in Mumbai, Gurgaon, Delhi, Hyderabad, Bengaluru, Noida, Pune, Chandigarh and total of 18 cities SMAAASH is also touted as one of India’s entertainment powerhouse in foreign shores with its Mall of America Minnesota launch and are soon going to open 2 new centers in Middle East countries

SMAAASH also acquired a 100% stake in SVM Bowling and Gaming, a popular bowling and entertainment format operated by SVM Private Limited in 2017. SMAAASH is now present in 18 cities and now has 38 centers in total.

SMAAASH implores the child in you to joyously revel in an unmatched range of activities ranging from highly interactive sports simulators to many more thrilling and recreational attractions. Redefining sports entertainment and customer engagement with ground breaking entertainment ideas and novel dining concepts, SMAAASH has something for everyone of any age making it a perfect destination for “kids” of all ages.