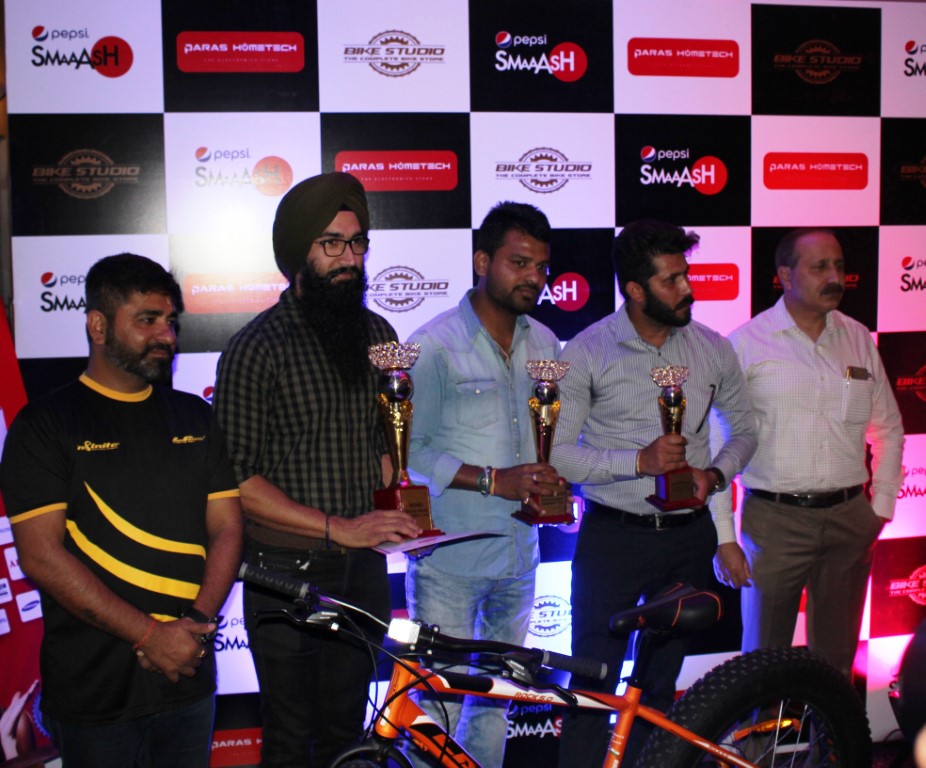 The residents of   Chandigarh will love the all new pulsating games at SMAAASH. For instance, Laser Blast – a thrilling action packed game for the whole family where one gets to suit up with  futuristic laser vest and enter the special-effect filled arena.To add to the fun, visitors can experience  Trampoline park with family and friends which will provide physical exercise too along with fun.  Also a variety of highly advanced virtual reality games like Finger Coaster, Jurassic Park, Walkthe Plank and much more along with the arcade games.

The sponsors for the event Mr. Sanjay Mehta, Paras Hometech and Mr. Parash Kumar Poplani, Bike studio Chandigarh were also present at the occasion to handover the gifts& prizes to the winners. Mr. Gursewak, Tournament winner says- I knew I would be able to win the championship from the first day, it’s a dream come true for me to win this coveted title & thanks to Smaaash for fulfilling this dream.