Globally, lung cancer has become the most commonly diagnosed cancer, with the most number of cancer related deaths. In the wake of the growing lung cancer trend in India, Dr. Vinod Nimbran, Director, Oncology – Indus Super Specialty Hospital, Mohali addressed a media briefing to increase awareness amongst the public, importance of early and appropriate diagnosis. The media briefing also witnessed a strong emphasis on the potential of a novel treatment- Targeted Therapy with personalized medicine for successful treatment and cure. 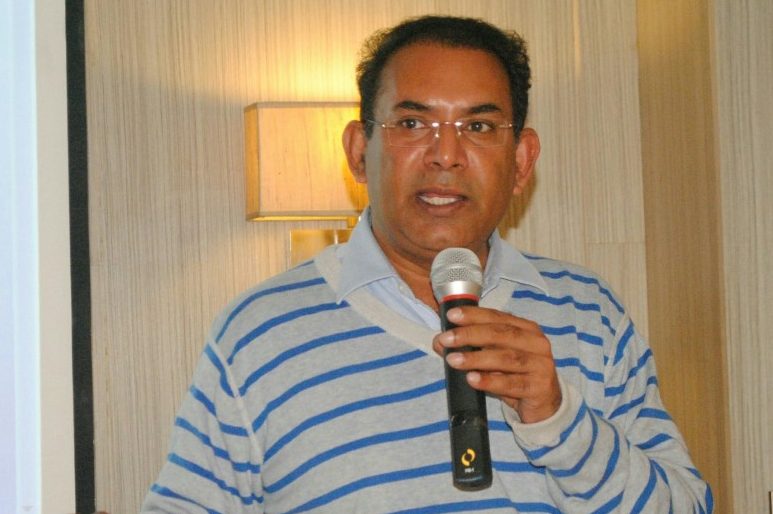 Highlighting the incidence and causes of Lung Cancer in Chandigarh, Dr. Vinod Nimbran said, “In the past few years, I have observed an increase in the number of lung cancer cases, wherein there has been a7-8%increase in Males and 3-4% increase in Females.Tobacco consumption is very common in India and is a major risk factor/cause for lung cancer. Smoking tobacco and exposure to cancer causing agents such as asbestos, radon, air pollution and diesel exhaust also play an instrumental role in causing Lung Cancer. However, it is important to note that the risk of acquiring Lung Cancer can be controlled by preventing exposure to these carcinogens.”

Emphasizing on the importance of timely diagnosis of lung cancer, Dr. Vinod Nimbran said, “Lung Cancer has become one of the hardest diseases to effectively treat as most patients are diagnosed only in advanced stages. In Chandigarh, 6 out of 10cases are diagnosed in an advanced stage. At this advanced stage, treatment can only prolong the patient’s survival but it is not possible to cure the disease. Recommended diagnostic tests for lung cancer include CT scan, Tissue biopsy and Sputum cytology. If any of these tests show any signs and symptoms of lung cancer, it is advisable to visit an oncologist at the earliest.”

Commenting on the recent developments and progress in lung cancer treatment, Dr. Vinod Nimbran said, “Though even today, there is no complete cure for any form of cancer, the treatment for cancer has improved a lot. Recent advancements in oncology research has led to the development of treatment modalities called Targeted Therapy that are more individualised.  Unlike standard chemotherapy, targeted therapy does not affect all body cells. It only interferes with the development of cancer at a molecular level to block the growth and spread of cancer. Targeted therapy has been successful in improving both the survival and cure rate in cancer patients. Targeted Therapy is definitely the treatment of choice in the future as it only kill the cancer cells and minimizes the side effects such as hair loss and skin damage.”

7 Myths About Weight Loss – The Truth

IDEA moots Networking as the Smart solution for better Employment