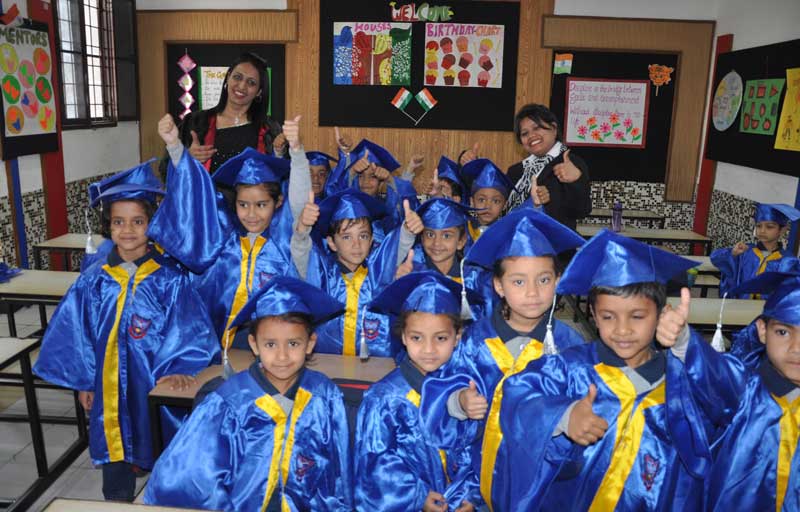 The students sang encouraging group songs, which were applauded by all present. All the students gave “thanks giving speeches” in which they thanked their parents for sending them to Saint Soldiers School, Panchkula along with a special thanks to their teachers. Dressed in beautiful graduation gowns and caps, the students were awarded their graduation degrees. “This ceremony marked the end of Kindergarten and a beginning of formal schooling for the young students. Awareness about ‘Earth Hour’ was also created amongst the students and parents alike.” Said Renu Dewan, Principal, St Soldier’s School, Panchkula.