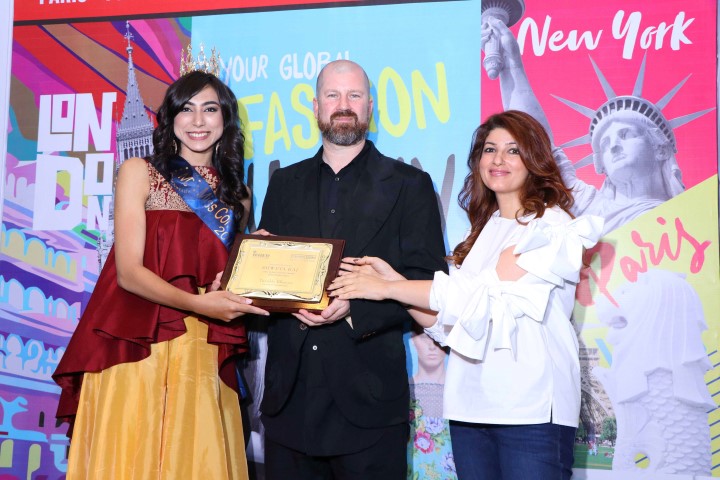 Mr. Martyn Roberts Director Fashion Scout, one of the world most recognized and acclaimed independent platforms for international fashion designers. Martyn is a member on numerous judging panels, including the International Fashion Showcase at London Fashion Week. 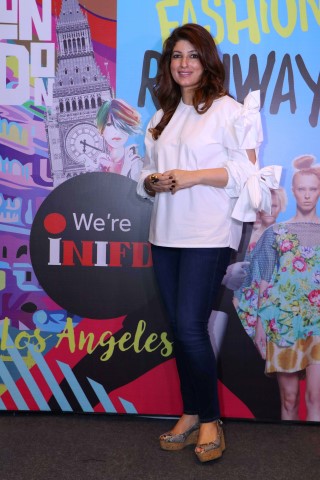 Twinkle Khanna also visited INIFD Annual Exhibition ‘#INIFD STUDIO’ where students take you to the amazing eras to depict styles like the Greek, Roman, Baroque, Egyptian, Gothic and the Oriental with perfection, grace and harmony that these eras represented. She greatly appreciated the hard work, precision and the magnificence of the Exhibition presented by of the students with such intricacy & finesse.

Twinkle Khanna has donned the cap of a Producer with her first  film, Padman under her production banner, Mrs Funnybones Movies, based on the life of Muruganatham Arunachalam, this time with a strong focus on dispelling taboos around menstruation, that have never been explored before. She is also enjoying the success of her second book The Legend of Lakshmi Prasad that revolves around strong feminist stories which has received rave reviews. She is the first “Indian Brand Ambassador of L’Oréal Professional”, “Visionary woman of the year 2017” by Hello! Hall of Fame Awards 2017, winner of “The most inspiring Woman of the Year 2016” award by Outlook, after winning the “Crossword Book” Award 2016 for her debut book for Mrs Funnybones.

‘The Blue Umbrella’ staged by St Kabir Students as a part...