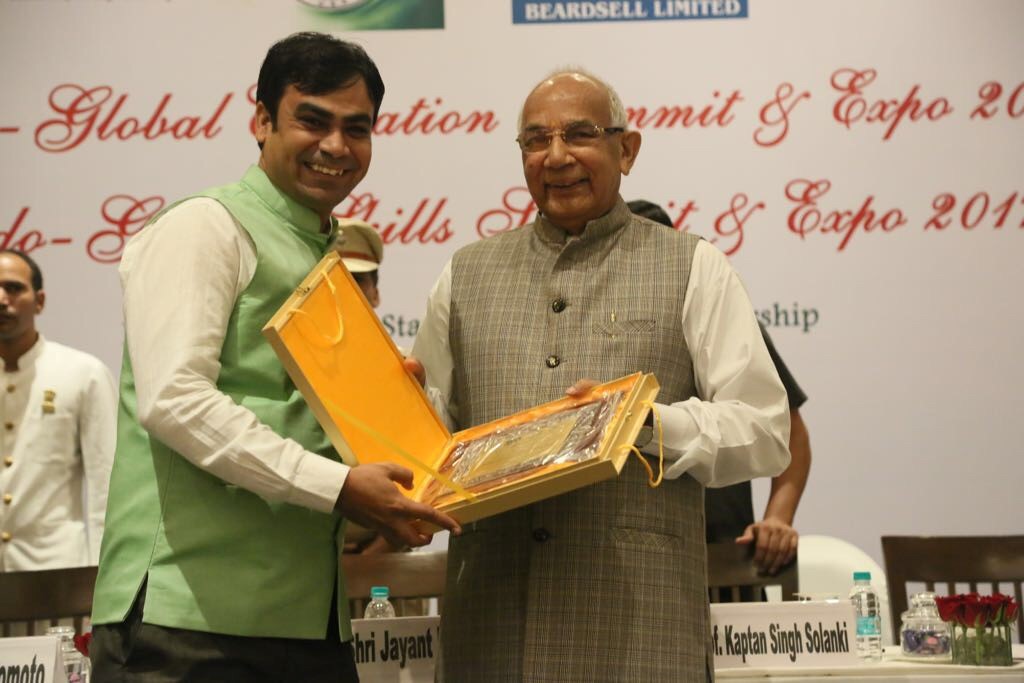 He was also conferred first Young Achiever Award by Indian Council of Food and Agriculture by the jury of 28 eminent people under the chairmanship of Dr MS Swaminathan. He received this award by Governor of Haryana, Uttar Pradesh Governor and Vice Chairman of Rajya Sabha in September 2016. He also interacted and explained his skill development and Agri initiative to Hon’ble Prime Minister at Vibrant Gujarat and received positive words from him.
At the Happening Haryana Summit by the invitation of Government of Haryana, being youngest speaker Sudhanshu devotedly shared all the important initiatives and nuances to educate the local farmers of the state.
Upon being asked to share his views on the subject of agriculture, Sudhanshu states, “In current scenario farmer need to connect with market and need to take benefits of schemes of government such as eNAM. Farmer from Haryana is not taking advantage of market of Delhi NCR, which has tremendous potential. Because of climate changes farmers are facing new challenge such as change into crops cycle, which is also affecting his income. He also added that government must give financial incentives to farmer producer companies to increase income of farmers”. He said that he dedicates this award to his parents, mentors, farmers of Haryana and government of Haryana. 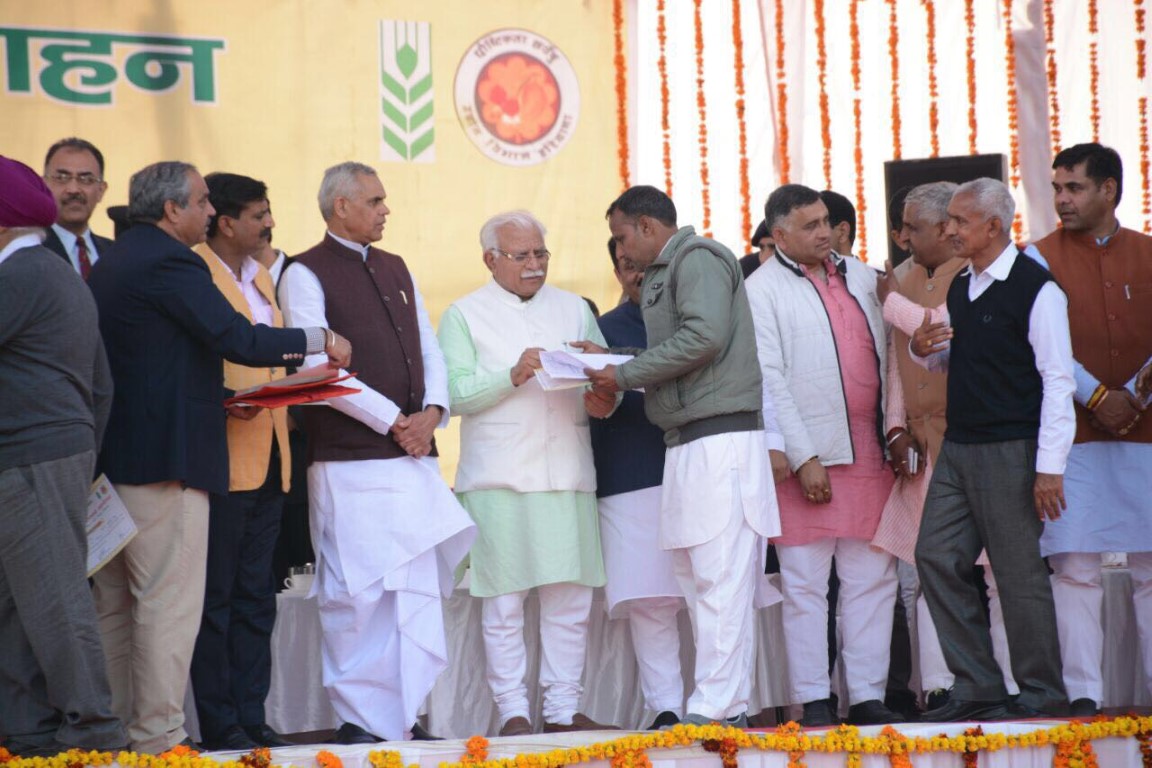 Agriculture minister Mr. Dhankar and the central government have paved the way for the progress of the farmer by increasing the agricultural budget. Under leadership of Mr Dhankharji budget is increased upto 3206 crore in Haryana.It is also incumbent upon farmers now to implement the use of modern technology and viable methods prescribed by the experts.
Farmer from Sirsa, Kamlesh Nain and Naresh added that Sudhanshu jangir is putting efforts from one decade in Haryana. His global education helped them to understand global and better farming practices which increased their incomes.
Also Read :   Lions Club Chandigarh celebrated Teacher Day