Shiromani Akali Dal (SAD) president Sukhbir Singh Badal today thanked union transport and highways minister Nitin Gadkari for the slew of projects given to Punjab by the NDA government two of which, including the Zirakpur – Bathinda and Amritsar – Bathinda highways, were slated to be inaugurated today. 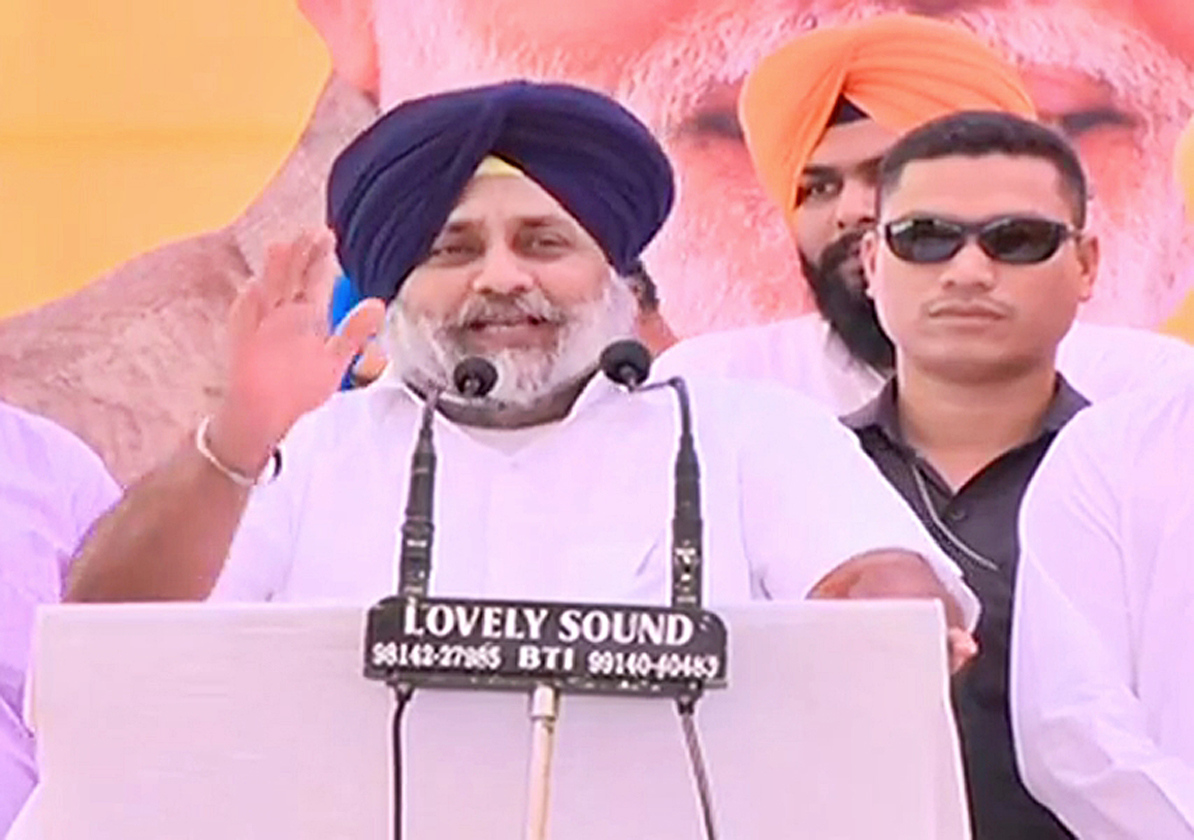 Addressing a huge public gathering as a thanksgiving gesture to the Union minister who could not attend the same due to bad weather, the SAD president said Mr Gadkari had sanctioned road infrastructure projects worth nearly Rs 50,000 crore and that some of them were still in the process of completion while others would be taken up for construction soon.

Mr Badal also announced that in another bonanza for Punjab the union minister had informed him recently that two more prestigious projects which had been requested by the erstwhile SAD-BJP government had also been sanctioned by him. This included the Amritsar- Delhi expressway which would reduce the distance between the two cities by 100 kilometers besides reducing time travel and the Jalandhar – Ajmer expressway which would run via Bathinda and give a boost to trade and commerce in the Malwa region.

Giving further details, Mr Badal said two more projects which had started during the SAD-BJP tenure were on the verge of completion. He said this included the Hoshiarpur – Barnala highway and the ten lane Chandigarh-Ludhiana highway. He said Phagwara was also being connected to Jalandhar appropriately.

Speaking about the foundation stone laying ceremony of the Bhikhi – Patran highway through Moonak, which was to be laid by Mr Gadkari today, the SAD president said this project had taken off due to the efforts put in by food processing minister Harsimrat Kaur Badal.

Speaking on the occasion, Mrs Badal said the progress in terms of road infrastructure could be measured by taking into account that there were only 13 national highways and 1500 kilometers of such roads before 2014 and that after in the next three years during SAD-BJP tenure the number of national highways went up to 36 and there was a three time increase in the length of national highways.

Mrs Badal also spoke at length on how the Congress government was coming in the way of construction of the AIIMS, Bathinda. Taking on finance minister Manpreet Badal, she said it was wrong for Manpreet to claim that since AIIMS, Bathinda was a central project the State did not have anything to do with it. “All NOCs have to be given by the State. Some facilities including an irrigation channel, have to be shifted out. The government has to establish a 66 KVA grid for the institution. It is sad that all this was being delayed by the State government despite the fast pace adopted by the centre which wanted to start basic operations after one year. She also shared pictures of the proposed project on the occasion.