NewZNew (Bathinda) : The Deputy Chief Minister Mr Sukhbir Singh Badal and Union Minister for Food Processing Industry Mrs Harsimrat Kaur Badal today shared the grief of bereaved families who lost their loved ones in Kullu bus tragedy. They visited the villages of Lelewala, Jaga Ram Tirath and Mehraj where they condoled the irreparable losses and asserted that Punjab government stood by them in their moment of grief. On Thursday the bus carrying around 60 people from Bathinda, Mansa and Barnalawas bound for Manikaran Sahib met with an in Kullu’s Bhunter area wherein 21 people have been saved.

Talking to the media persons the Dy CM Mr Sukhbir Singh Badal termed the incidence very unfortunate and added that the Chief Minister Mr Parkash Singh Badal has declared Rs 1 lacs compensation for the next of kin of deceased. He added that the government was treating injured free of cost. Praying to the Almighty for early revival of those missing the deputy CM said that government was also investigating into the permit of the overloaded bus.

Mr Badal said that in collaboration with the Himachal Pradesh government, the Punjab government was monitoring the rescue operation. He said that as per the reports received from high level state officer, deputed to coordinate in the rescue work, 21 people have been relieved after being treated at Kullu hospital and four injured are admitted at PGI Chandigarh. He added that of the 37 missing people, bodies of nine have been recovered which includes two people each of village Lelewala and Mehraj, three from Jaga Ram Titrath and from different villages of Barnala and Mansa  district. He added that inspection posts and control rooms have been set up at Larji Dam and Pandoh Dam  to locate the bodies of missing people. He added that anyone can contact the respective control rooms to find information of ones missing relative.

Union Minister for Food Processing Industry Mrs Harsimrat Kaur Badal said that the tragedy has left families with irreparable losses. She prayed for the departed souls and for giving their families strength to bear the loss. She said that the Punjab government was making efforts to locate the missing people and all the teams were working round the clock for this. She added that the injured were being provided free treatment. 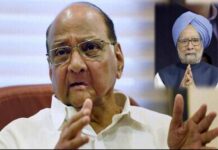 'Super 30' turns one, Mrunal Thakur gets nostalgic: It's a flashback Sunday for actress Mrunal Thakur as she went down the memory...