NewZNew (Chandigarh) : Fair and Handsome, the No 1 Fairness cream for men and pioneering face care innovation by Emami Ltd, has associated with the film Kabali starring South Indian Mega Star Rajinikanth, as a Brand Partner.

Kabali is the story of a don played by Rajinikanth. The character is equated with fire capturing his toughness through the word ‘Neruppu da’ (Fire). “Fire” has hence taken a strong new meaning and is a catch phrase among movie lovers and fans now with Kabali. Fair And Handsome, the Brand made specifically for men’s fire-like tough skin, has a strong creative synergy in this association, and has built on this theme, positioning itself as, “Fair and Handsome – Created for the Men of Fire.” The campaign has been designed by McCann.

Fair and Handsome, based on deep understanding of men’s skin needs, now has a breakthrough new formulation with a 5-Action Fairness System that has been developed for men, who have fire-like tough skin, to deliver 5 powerful actions: sweat absorption, oil control, sun protection, dark spot reduction and long lasting fairness.

Speaking on the association, Mr. Mohan Goenka, Director, Emami Ltd said, “We pioneered the men’s fairness cream category for the Indian market in 2005.  It is targeted towards young men, who are in the process of transition both personally and professionally and are ready to step out and face the world boldly like Fire. This is akin to Rajinikanth, the biggest superstar, who moves with uber toughness and confidence in the film Kabali. For Fair and Handsome, a leader and pioneer, associating with Super Star Rajinikanth, a leader and pioneer, is a natural fit. Kabali is the most anticipated movie of the year. Through this association we aspire to capture the cultural relevance of the Southern markets to reinforce and strengthen the brand’s strong foundation in the region and reinforce it as a leading brand with the core values of toughness, aspiration and stature.” 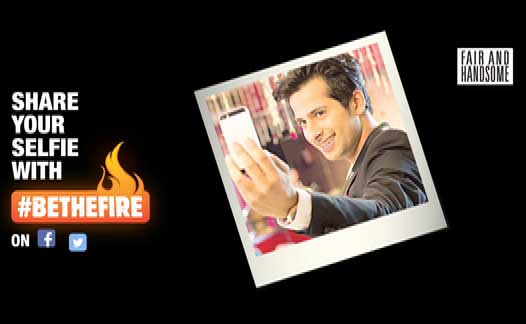 Fair and Handsome Fairness Cream’s association with Kabali would be supported by a 360 degree integrated co-branded communication through an assorted mix of television, print and digital channels, along with Retail and special E-commerce campaigns. To further increase the brand’s engagement with the audience, a new #BeTheFire contest has been launched, where 50 winners get an exclusive chance to attend Kabali’s success meet. Consumers just need to buy any Fair and Handsome pack, click a selfie with it and post it on their own Facebook page or Twitter handle with the tag #BeTheFire.  50 lucky winners would be entitled to exclusive passes for Kabali’s Success Party.

Also Read :   Foods to keep your kids healthy this winter

Chancellor Chandigarh University features in Eminent Punjabis of the World