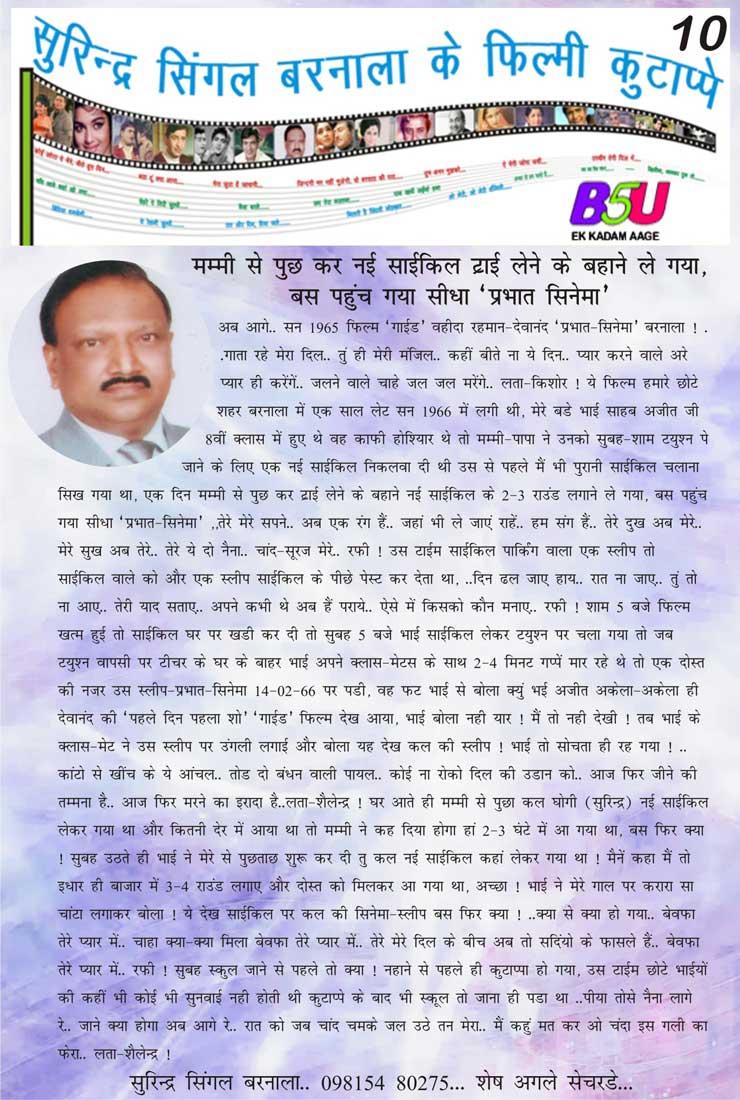 but before that I also knew how to drive on Old Cycle. One I took new cycle after asking my mother to take  tie as a lie to take 2-3 rounds on new cycle and reached directly to Prabhat Cinema. … Tere Mere Sapne Ab ek rang hain Jahan Bhi le jayein rahein Hum Sang Hain.. Tere Dukh Ab Mere Mere Sukh Abb Tere Tere ye DO Nain Chand Sooraj Mere.. Rafi. At That time one Parking Slip was pasted on Cycle and one was kept by Parking Guy.
..Din Dhal Jaye Haye Raat Na Jaye..Tu To Na Aaye Teri Yaad SatayeApne Kabhi the Ab Ye Hain Paraye. Aise mein Kisko Kaun Manaye….Rafi. AT 5 in the evening when Film Ended I placed Cycle at home and in the Morning brother took the cycle and go to school.

Before School going they started slapping at home without taking bath. At That time Younger kids have no
option to say anything after that punishment you should go to school.

Engineering in UP- Top 9 colleges to pick from