NewZNew (Chandigarh) : Tata Salt has tied up with India Olympics Association (IOA) as a proud sponsor of Indian Olympics contingent and is dedicated in generating awareness about less sensational sports and win mass support for the players representing the nation at Rio this year. While the campaign brings forth their stories of hard work, determination, hope and most of all, the pride of representing India at the Olympics, the objective is to spark the change from indifference to mass support amongst a nation of 1.2 billion people. “Namak ke Waastey” is a step forward in Tata Salt’s journey of augmenting consumer trust over the years, through innovative brand building and distinctive campaigns.

The campaign supports Shiva Thapa, the youngest Indian boxer to qualify for the 2012 Olympics at the age of 19; Babita Kumari, the young wrestler who won gold at the 2014 Commonwealth Games; Inderjeet Singh, the shot putter who brought India gold at the Asian Athletics Championships in 2015; and Avtar Singh, the judoka who bagged gold 2016 South Asian Games in their efforts to represent India at a global level. The campaign went live earlier this month with a series of videos, expressing the athletes’ undying spirit and passion to win. The videos have been crafted in a manner which instills a sense of empathy, pride and drives the nation to unite and support these athletes. 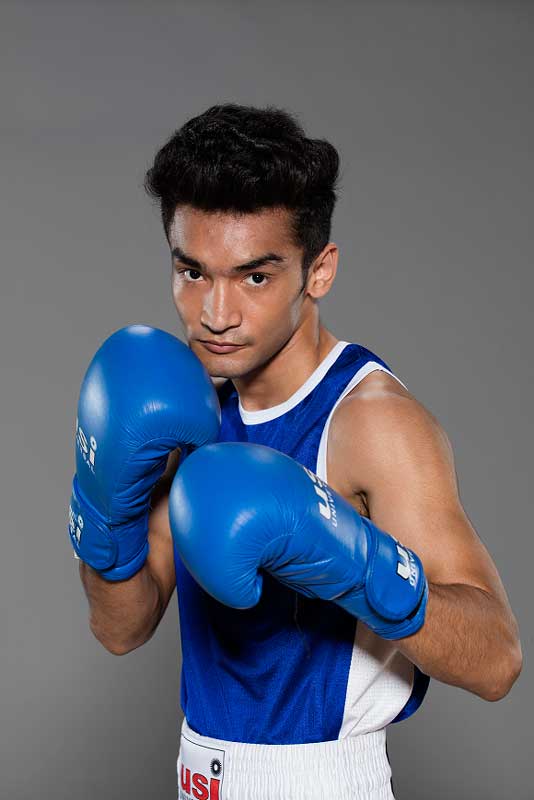 Expressing his pleasure on supporting the inspiring heroes, Sagar Boke, Head- Marketing, Tata Chemicals Ltd. (Consumer Products Business)stated, “Over the last three decades, Tata Salt has gained the stature of ‘Desh ka Namak’. Taking this philosophy forward, the brand would play role of a catalyst to fuel the conversations around the topics that are important to the nation. Our campaign on Olympics is an effort in that direction. The brand Tata Salt intends to generate support for Olympians by virtue of its connect, stature and reach across the nation and gather millions to cheer for Indian Olympics Contingent representing India at Rio. The stories of people like Shiva Thapa, Babita Kumari, Avtar Singh and Inderjeet Singh are very inspiring. It is very important to acknowledge and highlight the efforts of these people. I am touched and inspired by these stories. We also intend to generate conversations around the individual sports, hardwork that goes into making of an Olympian and lastly, how can citizens contribute to bring more cheers to the country.”

The brand signed up with lesser known faces for the campaign with the intention of providing them well deserved recognition and appreciation. “Namak ke Waastey” is a marketing campaign that employs digital and social media, radio, TV, and activation to get its message across to the masses. Through its wide distribution base, Tata Salt Limited edition Olympics packs will reach out to over 7cr households across the nation with a call to action, where consumers can give a missed call and record their wishes to support the Indian Olympic contingent. Tata Salt will also be releasing a series of digital behind the scenes infographics and pictorials on social media platforms to amplify the message of support and nationalism. Focusing on rigorous workouts, diet plans and hectic schedules, the posts showcase their drive to achieve the dream of coming home, to cheering crowds, as champions who have been able to raise the Indian flag on foreign grounds and have been able to withhold the honour of the country and themselves. These athletes are a true epitome of the values of integrity and loyalty that Tata Salt stands for.This will be followed by a stream of content like Olympic facts, discussion on Olympics by eminent personalities etc.

Speaking on the campaign, Vikram Menon, President & Country Head, Ogilvy One India stated, “A massive number of Indians do not support, or even know about the Olympians who represent India on the global platform. We all know our popular sport persons’ names and their backgrounds, but how many of us really know our Olympians names, their sports, backgrounds, their challenges and difficulties? These Olympians have made immense sacrifices and qualified to represent our country, as 1 person from over a billion people who are good at a rarely heard of sport. The ideation for this campaign started with the need to support the journey of these Olympians and cheer them for representing India. We are extremely pleased to partner with Tata Salt and created the series of digital videos which aims at giving our viewers a reality check on the story of these athletes and to encourage people to support their journey to the Olympics.”

As part of the campaign and its execution, research and development was imperative. Tata Salt also launched the “India’s Olympics Quotient” survey, which assesses Indian audience’s engagement with Olympics and aims to spark conversations around the same. Tata Salt is also the title sponsor for the marathon, “The Great India Run: Jeet Har Kadam Par”, which is symbolic of sportsmanship and the mass support for Indian Olympians at Rio. The aim of these interactive initiatives is to garner maximum encouragement from the country, spread awareness about budding sportsmen and encourage interest in sports other than cricket.

Take your taste buds on a Bengali delicacy at Hotel Sahara...