Telegram, WhatsApp in tug of war over privacy : The battle of words started when encrypted messaging app Telegram took a jibe on WhatsApp by tweeting a meme that suggested it was time to “bin” WhatsApp and Facebook. 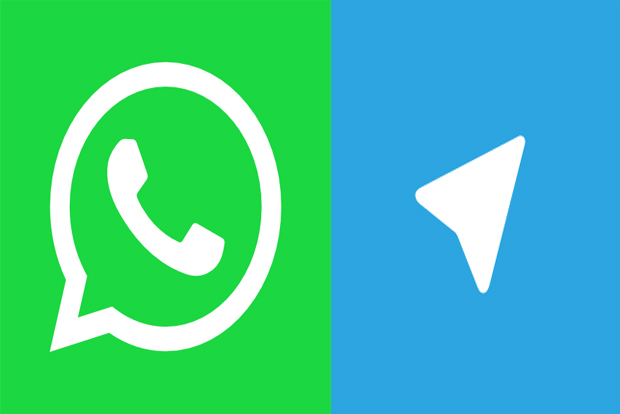 However, in reply, WhatsApp tweeted, Telegram admin: “…and what people don’t know is we are not end-to-end encrypted by default.”

It did not stop here as Telegram shared another screenshot on the micro-blogging site Twitter and wrote, “@WhatsApp Our users know how things work, and have the open source apps to PROVE it. You… talk to the screenshot.”

In January, Telegram shared two spiderman pointing fingers at one another fitted with Facebook and WhatsApp icons instead of an actual face, standing in front of NYPD vehicle.

In context to its privacy policy, WhatsApp has said that its users will not immediately lose their accounts or face curtailed functionalities on the platform on May 15, but they will have to eventually go through limited functions if they fail to accept the new norms in the due course of time.

The company said that after giving everyone time to review the privacy policy from May 15, after several weeks, the reminder people receive will eventually become persistent.

After persistent reminders, the users will encounter limited functionality on WhatsApp until they accept the updates.

The users won’t be able to access the chat list. After a few weeks of limited functionality, they won’t be able to receive incoming calls or notifications and WhatsApp will stop sending messages and calls to their phones.

On Thursday, a senior Ministry of Electronics and IT official said during an Assocham event that the government is pro-actively looking at the best possible action over the new WhatsApp privacy policy.

Lawrence School celebrated Annual Function under the theme I Love My...

The Attractive, Innovative and Affordable ‘Renault KWID’ launched at ₹2,56,968