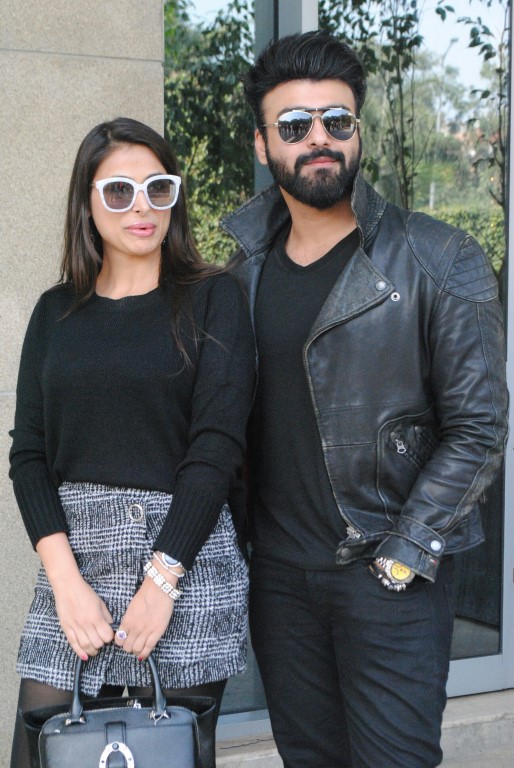 During the conference Actor Aarya Babbar who is performing a role of Anti-hero (Art Dealer) shared his views about his role in Film Tera Intezaar, “I am playing a role of antagonist you can call it Anti-hero, I am an Art Dealer, who uses his power to achieve anything he wants to, basically a go-getter in the film opposite Mr. Arbaaz, who is a natural painter.” On being asked about his challenging role in a film he shared challenging shots in action and there is one shot where I had to perform a back summersault on a charcoal road in Mauritius and another when he was pulled out of the moving car. He also shared that this film has elements of mystic, romance and thrill and its a complete fun mastic film.”

Actress Bhani Singh further told little about herself, she said, “I am new in this industry and it’s been two years I am working in this industry.  In film Tera Intezaar I have opposite – antagonist role with Aarya Babbar. I feel very happy to be part of this film and working with talented actors of the industry. Mr. Aarya and Arbaaz have always been supportive to me, I never felt that I am a new person in the team. I wish this movie to be huge success and liked by our audience.”

Further elaborating about the film Tera Intezaar Songs, Producer Mr. Aman Mehta & Bijal Mehta said, “This is for the first time we have worked in Bollywood and It has been a great experience for us to be part of it. Song like Khali Khali dil sung by Armaan Malik has been a huge hit & loved by the listeners adding to the huge list of hit songs of Armaan Malik. The singers who have are Shreya Goshal, Arman Malik, Kanika Kapoor, Ahmed Hussain-Mohd Hussain, Yasheer Desai, Swati Sharma, Payal Dev, Raja Hassan & Little Golu.”