NewZNew (Mumbai) : Himesh Reshammiya’s latest offering ‘Teraa Surroor‘ has completed its first weekend journey at box office on a low not. The film has been released with average hype among audience, being Himesh starrer it was expected to do decent at box office. But it hasn’t come out in the same way and received failure in entertaining audience. The latest installment of 2007’s Aap Kaa Surroor has received mixed reviews from critics as well as audience, which have melted down all its hype. Despite of good music, it has got failed to attract audience toward theaters. 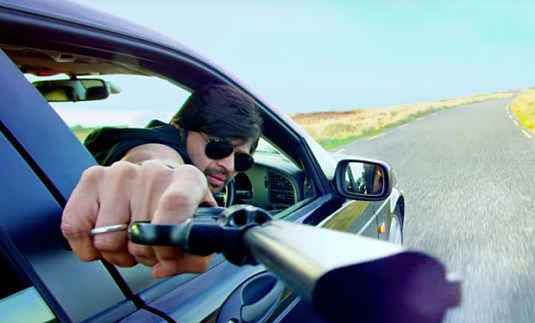 On the opening day, Teraa Surroor had received the overall occupancy of 10-15% on Indian screens and raked the business of 1.79 crore. On the next day, being Saturday it had witnessed little rise in its business and minted the amount of 2.09 crores as its second day collection. On the last day of weekend, it collected the higher amount of 2.58 crores than last two days. With these business figures it ended the weekend with total of 6.46 crores.

Now the film has entered in the weekdays and being normal working days, it is getting lesser footfall in theaters. On Monday, it faced the drop of more than 60% than Sunday and minted the amount of 1.02 crore*. Till the end of its 4th day, total collection of Teraa Surroor is recorded as 7.48 crores*. It is expected to face more drop in coming days, as the air is not in favor of it.