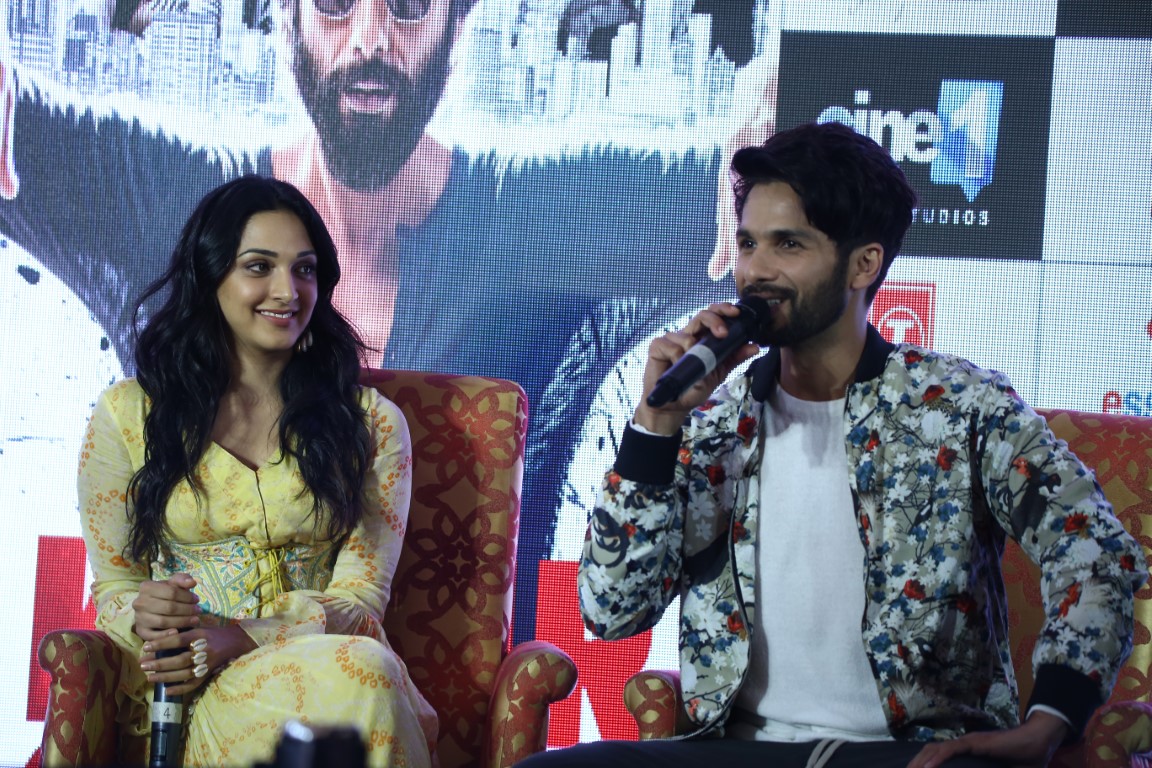 In this film, Kiara Advani, the Bollywood actress, will be seen in the lead role. Shahid Kapoor and Kiara Advani are promoting ‘Kabir Singh’ with a loud noise these days.
In this sequence, on Thursday, this beautiful couple reached the city of Youngsters Chandigarh and had fun with the fans. During this time, he also spoke openly about his character and storyline in the film.
During the promotion of the film, Shahid and Kiara are also doing many disclosures about their personal lives. Recently, Shahid made a big disclosure of the relationship status of Kiara Advani that she is still single. Shahid gave this statement during a press conference when both of them were asked whether they did romance in college or not?
In the promotion of ‘Kabir Singh’, Shahid Kapoor highlighted his bad experiences during the breakup. Shahid told that he has also passed through that time after the heartbreaks, the person starts harming himself. Shahid also made the way of passing through this difficult period too easy. He said that one of the ways to overcome these negative emotions is,  you will have to be fully involved in your work so that you can handle yourself.
Let me tell you that since the film’s trailer has been released, it is making quite crazy the audience. Along with the acting of Shahid-Kiara, the story of the film is also very impressive. So far, the trailer of the film and three songs has been released, in which Strong Chemistry can be clearly seen between the two
Also Read :   SoftBank, Bharti and Foxconn to Form Joint Venture for Renewable Energy in India

NewZnew works 24*7 to stay ahead of the news curve and to provide the best source of open-platform news and analysis on the Web.
Contact us: [email protected]il.com